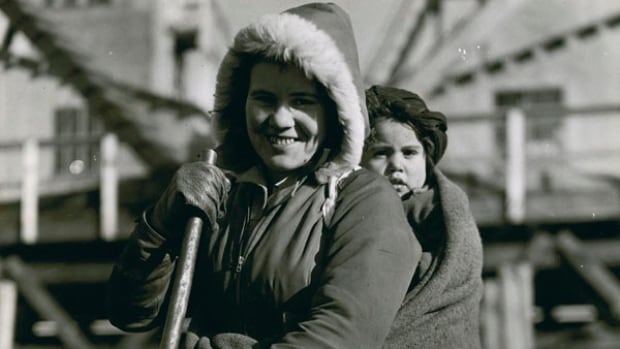 We don’t know much about her, other than that her name was Mrs. Martin.

But the photo of the Mi’kmaw woman tightening bolts at a shipyard in Pictou, N.S., with a toddler strapped to her back is a small glimpse into the lives of the 4,000 women who helped build Canada’s naval and merchant vessels during the Second World War.

Information about Mrs. Martin, like many women involved in the war effort, is sparse. Despite their best efforts, staff at Parks Canada can’t even find out what her first name was.

« She represents many, many of the women whose story is much like her own, » said Pascale Guindon, a historian with Parks Canada. « The historical record unfortunately has not left a lot of evidence of who she was and what she did. » 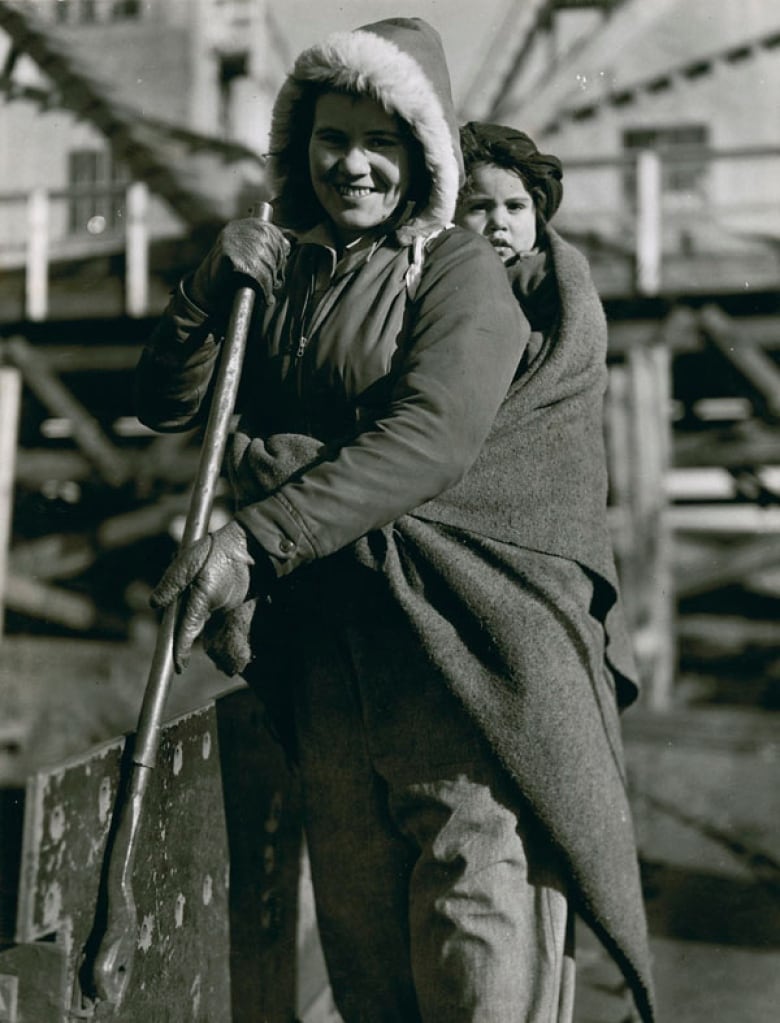 The lack of information about Mrs. Martin is an example of how little information was collected about the women who worked behind the scenes in the war effort. Despite searching, no one has been able to find out what Mrs. Martin’s first name was, or anything else about her. (Library and Archives Canada)

On Saturday, women like Mrs. Martin were honoured as part of Parks Canada’s Hometown Heroes program, which recognizes the contributions made by everyday Canadians during the war effort.

« They don’t get as much recognition as those who wore a uniform who served on the front lines. They were behind the scenes, » Guindon said.

« It’s important to recognize these trailblazing women for the work they did, » she said.

The ceremony, held on the grounds of the Admiralty House National Historic Site in Halifax, included a minute of silence, the firing of a cannon, the ringing of a ship’s bell and a military band.

Women who worked in the shipyards during the war faced sexism, were paid less than their male counterparts and struggled with child care, she said. 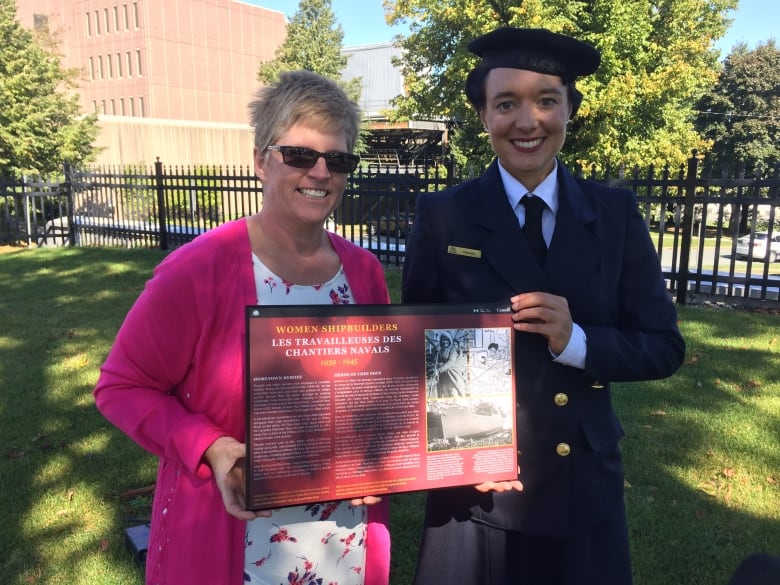 Koren Beaman, left, who works at the Irving Shipyard in Halifax, and Pascale Guindon from Parks Canada, say it’s important to honour the long history of Canadian women who worked in the shipbuilding industry. (Marina von Stackelberg/CBC)

The honour was accepted by two women who work at Halifax’s Irving Shipyard today, including Koren Beaman, who started painting ships 18 years ago.

« When I started in the shipyards, there was five of us, » Beaman said. « I could count on one hand that there was five down on the shop floor. Now we’re up over a hundred women in shipbuilding [in Halifax]. »

Beaman said the public is often unaware that women have a long history of working in her field.

« The women back in the war, they paved the way for each and every one of us, » she said.

In the shipyard in Pictou where Mrs. Martin worked, at the height of the war, one-third of the 2,000 employees were female — the highest percentage of women at any shipyard in the country.

« You hear it too often, that women in shipbuilding is non-traditional. I don’t think it’s so non-traditional, » she said. « It’s a traditional trade for women. We’re here and we’re not going anywhere. » 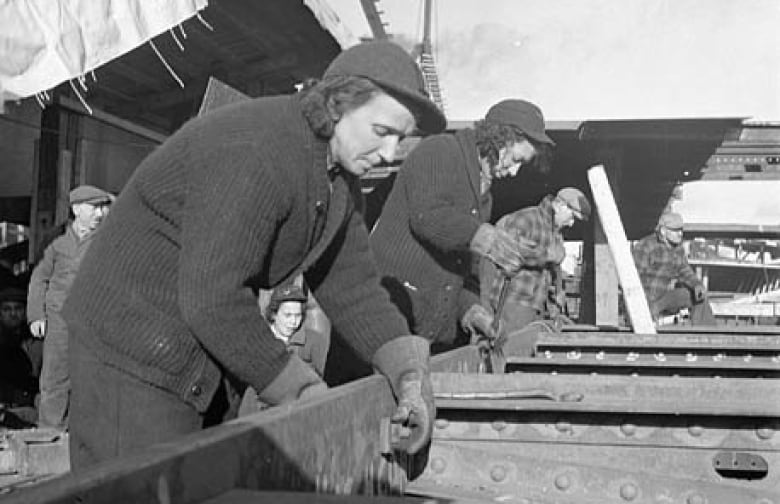 Women build a merchant ship at the Pictou, N.S., shipyard. At the height of the Second World War, one-third of the employees at the Pictou operation were women. (Library and Archives Canada)