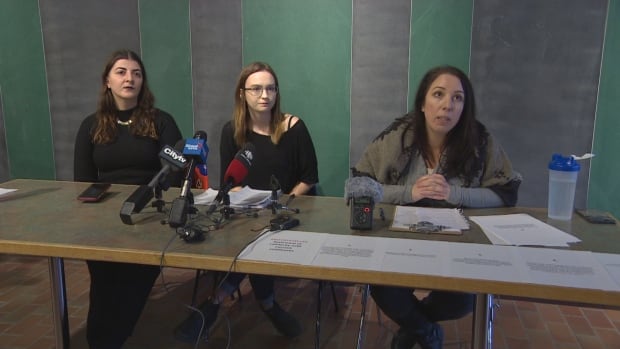 Three former Stella’s Cafe employees behind an online campaign to bring attention to what they call workplace harassment, unfair treatment of staff, racism, and sexual assault at the Winnipeg restaurant chain have outlined what they’d like to see done about their concerns.

Christina Hajjar, 27, Kelsey Wade, 22 and Amanda Murdock, 36, are the public faces of a group that started the Instagram account « Not My Stella’s » which began posting stories this week from people who say they are past and current employees of the chain with more than 500 employees.

Many of those stories — the group said they’ve received as many 180 as of Saturday afternoon — detail allegations of abuse of staff, but also a culture of fear about reporting transgressions to management and cases where people have been fired for doing so.

In a statement sent to media on Friday, Stella’s said it was committed to providing a safe space for everyone, both employees and customers.

« We do not believe that it would be constructive to try to publicly address matters raised in social media, » the company said in its statement. « Stella’s has a harassment policy and procedures in place for dealing with these complaints. We take them very seriously. »

The company also said it has hired People First, a human resources company, to review their policies and procedures on workplace safety.

At a news conference Saturday, the three former employees said the statement didn’t go far enough and called for changes to operations at the restaurant with seven Winnipeg locations.

« And I think it was just time for people to know what the environment in Stella’s is like for employees. »

The creators of the Instagram account — which had nearly 10,000 followers as of Saturday evening — read out five demands they want fulfilled, which include a public apology, the removal of two managers, monetary restitution for employees, and the creation of a human resources department within the company.

The stories posted on the Instagram account include a wide array of allegations, such as bullying, sexual assault, harassment and racism.

In an online post, Wade said the restaurant’s CEO would grab her cheeks and call her cute when he visited the restaurant where she worked. She said the business released a questionnaire asking other staff to rate the credibility of an employee who had spoken up with allegations of sexual assault and harassment.

She said the accused was ultimately transferred to another location after the allegations.

Murdock said she was demoted from general manager to an assistant manager position after returning from maternity leave. Hajjar said she was fired from Stella’s a year ago for bringing up her concerns.

« What we’ve experienced is terrifying, » said Murdock, who added it’s difficult to speak about even now, three years after leaving the company. « It brings up a lot of trauma. »

All three former employees stressed they are not asking Winnipeggers to boycott Stella’s restaurants.

Wade said customers who want to support Stella’s employees should call the restaurant’s head office to voice concerns and remember to tip frontline staff well and in cash. 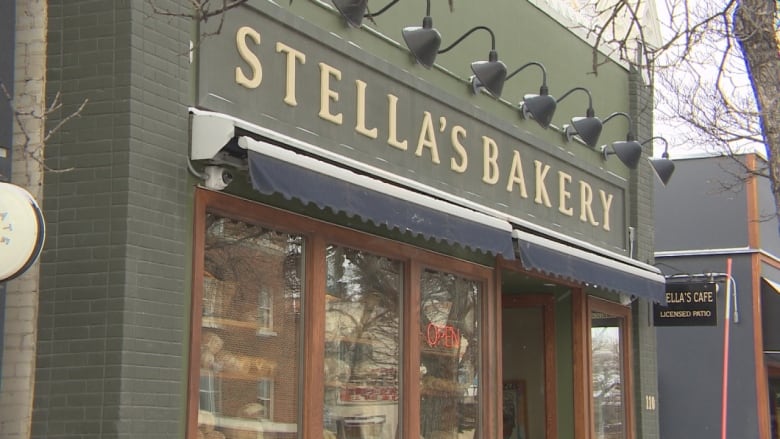 Stella’s has a number of restaurant locations as well as a bakery and catering operation in Winnipeg. (Ron Boileau/Radio-Canada)

The former employees said they are willing to work with Stella’s owners and management to implement the changes they’re calling for.

« But it’s important that they realize that these statements that we made are based on what we’ve experienced and they’re valid and they’re important and they should be respected. »

A second statement from Stella’s

Stella’s released a second statement shortly after Saturday’s new conference encouraging those with complaints to bring them forward through independent third parties, like the Manitoba Human Rights Commission and Manitoba Employment Standards. 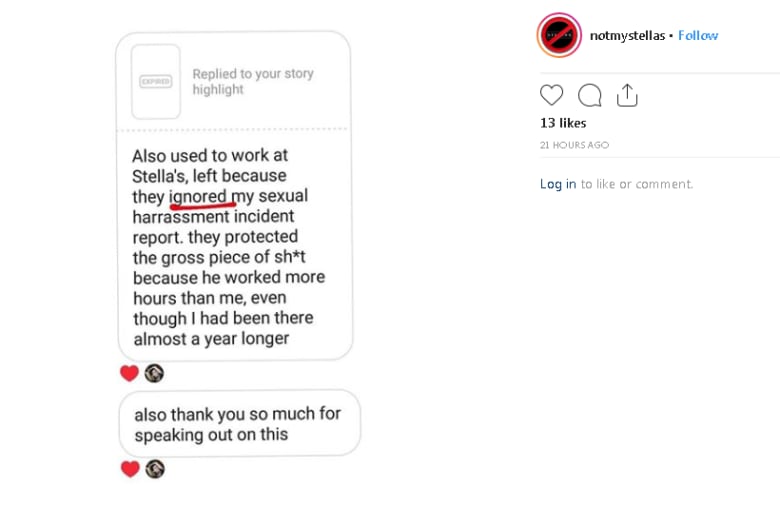 « Stella’s is deeply concerned about a range of serious allegations and complaints being brought forward in recent days, » reads the statement

The statement also said Stella’s will work with authorities investigating any complaint.

The restaurant didn’t respond to CBC News when asked whether the two managers specifically named by the three former employees are still with the company.

Another former employee of the restaurant chain told CBC News on Saturday that he’s not surprised by the steady stream of allegations of mistreatment of staff by management.

Luke Savard was 18-years-old when he started working at Stella’s roughly three years ago.

He described it as a toxic atmosphere with an overtly sexualized culture that left many employees feeling anxious and afraid. 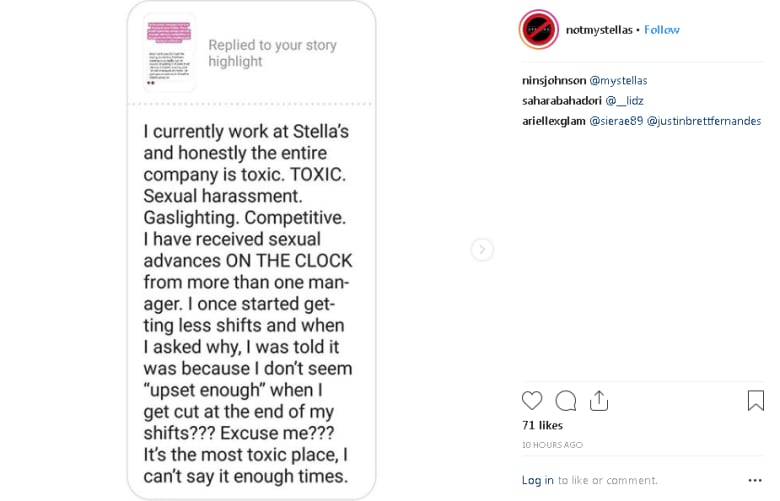 He said he remembers feeling like he wasn’t allowed to take a break while on shift.

« They said we didn’t need breaks so I’d be working an eight, nine hour shift straight without anything so much as a five minute break, » he said, adding he was told he wasn’t allowed to drink water in front of customers.

Savard said he was also ordered to pay out of his own pocket when a till that had been used by many staff throughout the day didn’t balance at the end of the night.

After a few months, Savard had enough and quit.

« The atmosphere there was just really, really toxic to be in, » he said. « It wasn’t my coworkers that were the problem, it was the management. »

On Friday, the company said it was not aware of any outstanding complaints against the restaurant with the Manitoba Labour Board or the Human Rights Commission.

The Manitoba Labour Board said there was only one previous complaint against the company, which was made in September, but it had been withdrawn.

The labour board confirmed there were no other past or outstanding complaints.

The Manitoba Human Rights Commission said it is not able to confirm or deny if a complaint has been filed unless the commission investigates a matter and determines it should be referred to a public hearing.​

‘It was big’: Another explosion reported at AIM recycling facility in Saint John – New Brunswick