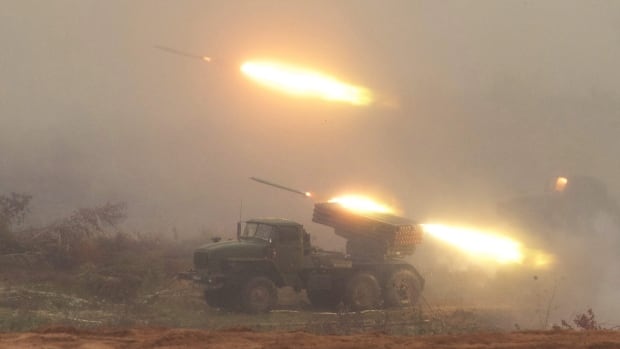 It was more than the usual sky-is-falling rhetoric we’re used to seeing in national security reports out of Washington.

It came from some pretty sober, respected voices in the defence community.

A special commission report, presented to the U.S. Congress this week, delivered one of the most stark — even startling — assessments in the last two decades of the limits of American military power.

The independent, nonpartisan review of the Trump administration’s 2018 National Defence Strategy said the U.S. could lose future wars with Russia or China.

« This Commission believes that America has reached the point of a full-blown national security crisis, » reads the 116-page document written by 12 leading defence and security experts and released Wednesday.

« If the United States had to fight Russia in a Baltic contingency, or China in a war over Taiwan, Americans could face a decisive military defeat. »

Those are sobering words for Canada, in light of this country’s contribution of over 450 troops to the NATO-led deterrence mission in Latvia.

And it has prompted a call from at least one Canadian defence expert for a re-assessment — perhaps even a full-blown rewrite — of the Liberal government’s own defence policy.

More than simply another rote, boilerplate plea for fatter U.S. defence budgets, the commission’s report lays out in precise detail the kind of geopolitical threats Washington — and, by extension, other Western capitals — are facing from rivals and enemies at many levels and in multiple spheres.

« The security and wellbeing of the United States are at greater risk than at any time in decades. America’s military superiority — the hard-power backbone of its global influence and national security — has eroded to a dangerous degree, » says the report.

« America’s ability to defend its allies, its partners, and its own vital interests is increasingly in doubt. If the nation does not act promptly to remedy these circumstances, the consequences will be grave and lasting. »

The report acknowledges that the U.S. and its allies may be forced to fight a localized nuclear war in the future, given how Russia has restored the once-unthinkable concept to its military planning and training exercises.

The commission also paints various grim scenarios that could confront western allies between now and 2022, including an invasion of the Baltics under the guise of a « peacekeeping » mission to protect Russian minorities:

« As U.S. and NATO forces prepare to respond, Russia declares that strikes against Russian forces in those states will be treated as attacks on Russia itself — implying a potential nuclear response.

The consequences, said the report, would be severe: « Major cities are paralyzed; use of the internet and smartphones is disrupted. Financial markets plummet as commerce seizes up and online financial transactions slow to a crawl. The banking system is thrown into chaos. »

While the report doesn’t mention U.S. President Donald Trump by name, it notes the effect of his bruising rhetorical fights with world leaders and criticism of international institutions, such as NATO.

« Doubts about America’s ability to deter and, if necessary, defeat opponents and honor its global commitments have proliferated, » said the report.

At this weekend’s Halifax International Security Forum, Canada’s marquee defence conference, some leading experts struck a less pessimistic note and suggested that the West still has a major technological lead on Moscow.

« Russia does not have the same advanced tools that NATO has, that Canada and NATO and the American alliance (have). »

« In NATO we’re taking this extremely seriously. We’re learning from the various missions that are ongoing, » he said. 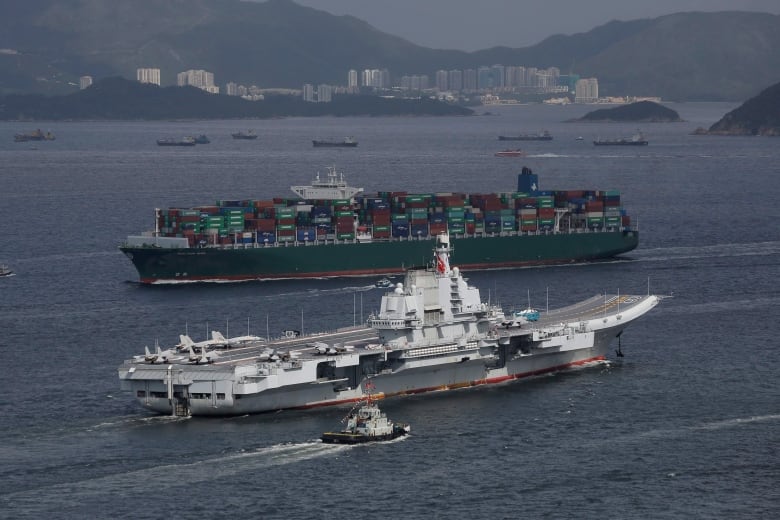 A former military adviser to one of Sajjan’s predecessors said Canada could learn from the commission exercise, which was meant to challenge the Trump administration’s defence plans.

« It’s certainly something we don’t we have, » said Richard Cohen, an ex-army officer who served as former defence minister Peter MacKay’s adviser. « Our government would never dream of inviting anyone to come and criticize its defence policy. »

The current government sought extensive input before the new Canadian policy was presented 18 months ago.

The U.S. commission report calls on NATO and its allies to »rebuild » substantial military forces in Europe, among things.

Cohen said that, if anything, should trigger a fresh look at the Liberal government’s own defence policy.

« Our defence policy is predicated on the kind of asymmetric warfare we have faced since the end of the Cold War and it really ignores the looming strategic threats that Russia, China and maybe some others pose as well, » he said.

Preparation ramps up ahead of Agribition kickoff – Regina

Panties in the mail and questions about ‘wifely duties.’ What happened when Tweed elected Ontario’s first all-female council