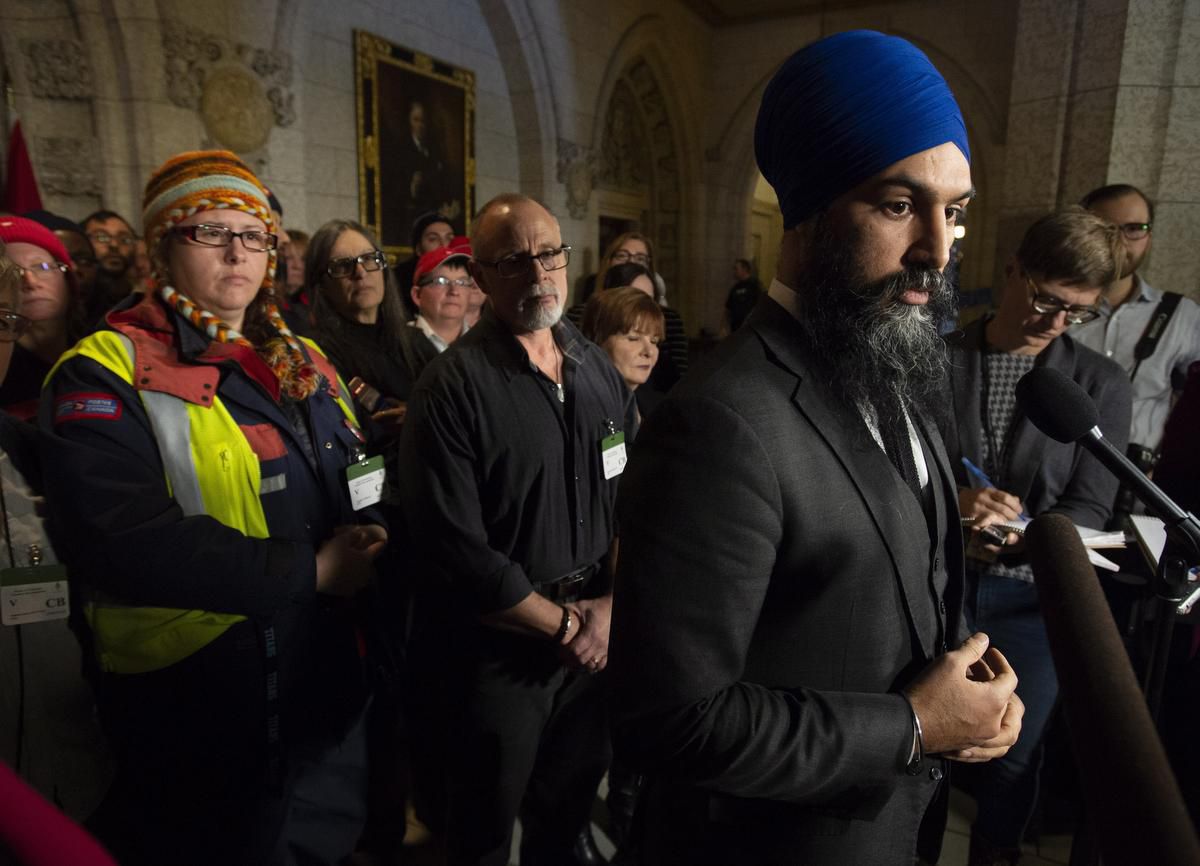 OTTAWA—NDP Leader Jagmeet Singh is sticking to his plan to run in the British Columbia riding of Burnaby South, even after the sudden resignation of a Liberal MP in Brampton creates an opening on his former home turf.

Singh reiterated his commitment to Burnaby South on Friday during a press conference he held to protest the government’s use of back-to-work legislation to end a strike at Canada Post.

One day earlier, the Liberal government confirmed a report from the Hill Times that Prime Minister Justin Trudeau intends to schedule a byelection in Burnaby South and two other vacant ridings for some point in February. Hours later, Brampton East MP Raj Grewal posted on Facebook that he will resign his seat for undisclosed “personal and medical reasons.”

Singh represented a riding that overlapped with Brampton East when he was a provincial MPP at Queen’s Park from 2011 to 2017. The area is now held provincially by Singh’s younger brother Gurratan, who won the seat in the June Ontario election.

But as Singh underscored his desire to represent Burnaby South in the House of Commons, Liberals were tightlipped about Grewal’s decision to drop out of Brampton East.

In an interview with the Star, Holland said he doesn’t believe it is respectful to speculate about Grewal’s decision to step down, because it is a private matter. He said Grewal informed him of his resignation Wednesday, but refused to disclose any further information to clarify the MP’s decision.

“It’s sad. It’s very unfortunate that he’s facing very serious personal issues. It was very challenging, but the right thing to do,” Holland said. “It wouldn’t be respectful to him to comment further.”

Grewal has not responded to requests for comment from the Star this week.

The prime minister posted on Twitter Thursday night that Grewal’s decision to resign “was the right one.” He added: “I hope he receives the support he needs.”

In his Facebook post Thursday, Grewal said his decision to step down as the MP for Brampton East was difficult, but ultimately necessary.

“This has been a decision I’ve struggled with for some time now and one I made with great difficulty and real sadness. But I feel I need this time to focus on my health and family,” he wrote.

Grewal, 33, was a Bay Street lawyer before he entered politics and won the Brampton East Liberal nomination during a raucous night in September 2014. The Star reported at the time that a long line of Liberal supporters were unable to cast votes, and that a brawl erupted outside the nomination venue.

The MP sat on the House of Commons health committee, and was known for organizing youth basketball games in Brampton every weekend.

He was also involved in controversy last spring, after Trudeau returned from a scandal-tainted trade mission to India in February. Parliament’s Conflict of Interest and Ethics Commissioner Mario Dion launched an investigation into Grewal’s conduct after the National Post and the Star reported Grewal invited a Brampton construction executive who paid him for legal advice to events with Trudeau, cabinet ministers and high-ranking government officials during the trip to India.

Ken Hardie, a Liberal MP from B.C. who sat near Grewal in the House of Commons, said by email Friday that he doesn’t know why the Brampton East MP is stepping down.

“It was apparent to me that his constituents really valued him as their MP,” he said. “Don’t know of anything that might have led to his resignation, but I hope that all works out well for him.”

Gurpreet Dhillon, a Brampton city councillor whose brother works for Grewal, told the Star that the MP’s resignation took him by surprise.

“We speak regularly. I was at his office this week, on Monday, just to drop by and say hi,” he said.

“He was an excellent representative of the community, so to have his voice and his leadershpi from the MP level not there for the future, I think Brampton East certainly has a big loss,” he added. “We hope everything is OK with him.”