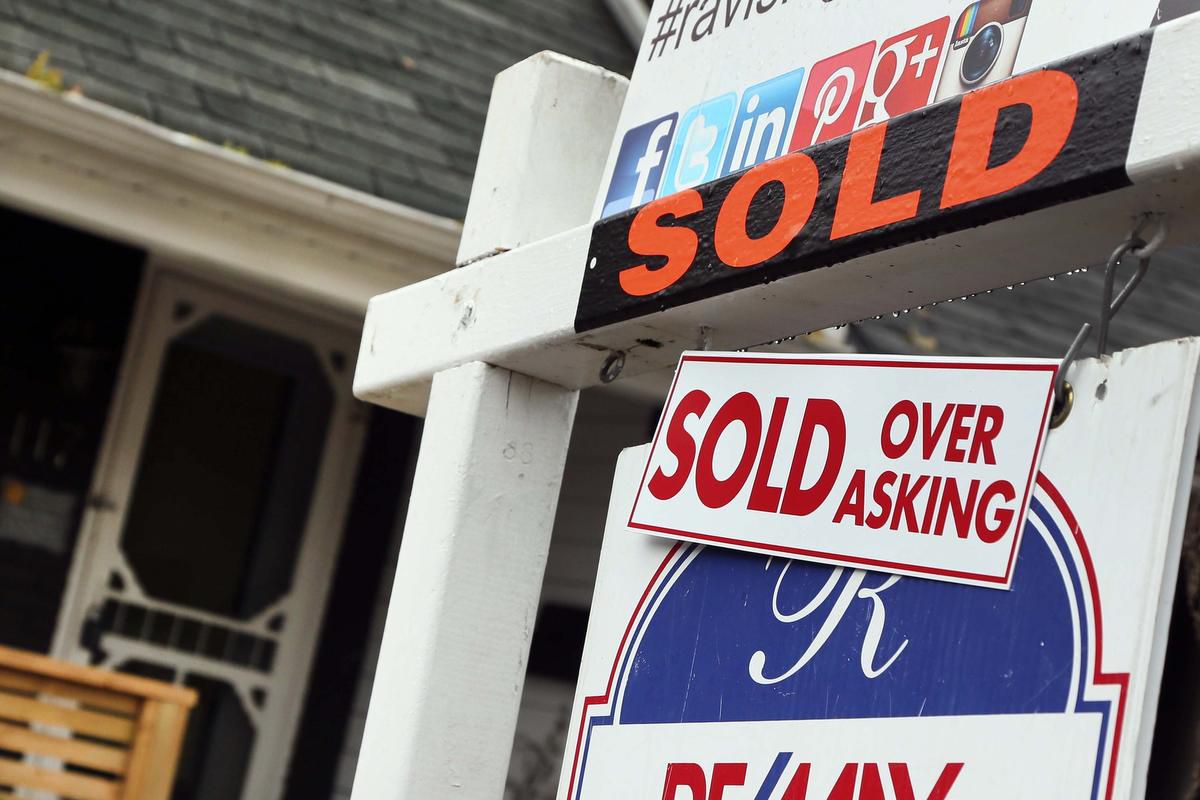 The City of Toronto’s budget-balancing golden goose — the land transfer tax — is sick.

For the first time since the tax on real estate exchanges was introduced in 2008, revenues that used to gush into Toronto’s operating budget will miss the target — $818 million this year — recommended by city staff and approved by city council, staff acknowledged Monday.

In fact, those revenues are expected to fall short by $99.2 million, or 12 per cent, “primarily driven by lower residential market activity,” says a finance update going to city council this Thursday.

Luckily for residents and the services they expect, other underbudget expenses and overbudget revenues are expected to propel the city to a year-end overall budget surplus of $14.7 million.

But the missed target is proof, says Councillor Gord Perks, that warnings were justified from him and Toronto’s former city manager about the perils of leaning so hard on land-tax revenues.

“For the last eight years, in order to keep (property) taxes low, Mayors (John) Tory and before him (Rob) Ford relied on the land transfer tax to get them through, and now we can’t do that any more,” Perks (Ward 4, Parkdale—High Park) said in an interview.

“Looking ahead we will face a stark choice between keeping taxes low to protect the interests of people who own their own homes and cutting services, or keeping services at good levels and increasing taxes.

City staff forecast, when the tax was introduced, a very modest boost to Toronto finances. But by 2015, with a roaring real estate market seemingly eager to best every target set by city council, annual revenues had jumped to a half-billion dollars.

Council escalated expectations every year, more than quadrupling the original target to help pay for increased demands on city services while keeping property tax hikes at or below the inflation rate.

City manager Peter Wallace, who left his post earlier this year, repeatedly warned city council against relying too heavily on such an unpredictable revenue source, urging either an increase in property taxes or new revenue sources to avoid future service cuts or big hikes in user fees.

Toronto’s ability to keep “kicking the can down the road” were ending, he said.

Councillor Gary Crawford, budget chief during Tory’s first term that recently ended, said he knew land transfer revenues had “softened” but was surprised by the size of the dip.

Last May a finance official told councillors that increased commercial real estate transactions should make up for the slumping residential sector and “we think we’ll be able to meet” the target.

Crawford said he needs to learn what’s behind the big drop. City council faces, in deliberations for the 2019 spending blueprint to be set in February, “a much tighter budget cycle — we will have to look at expenses and different ways of income generation,” he said.

He rejected Perks’ criticisms, saying the situation is not so dire and there are signs of a real-estate rebound. But he agreed with the frequent critic of the Tory administration that “we have to ween ourselves off the land transfer tax.”

Council has looked at new revenue sources, or “tools,” in the past. Facing a need for transit funding in 2013, council looked at a host of options, including reviving the car tax killed in 2011, a levy on owners of parking spots at malls and other businesses, and a gas tax, but rejected them all.

In late 2016 council backed Tory’s plan to toll the Don Valley Parkway and Gardiner Expressway, only to have then-premier Kathleen Wynne say no in the face of complaints from 905-belt MPPs.

Tory aide Don Peat on Monday noted the overall budget surplus, adding the mayor is determined to keep his re-election promise to limit property tax hikes to the inflation rate or below.

“Every year, Councillor Perks routinely predicts budget calamity and calls for sky-high tax increases — while he is entitled to expressing that opinion, voters have endorsed the Mayor’s fiscally responsible approach that invests in key areas, like transit, while keeping taxes low,” Peat said in an email.

Enid Slack, an internationally renowned expert on municipal finance at the University of Toronto, said of the revenue reckoning: “Land transfer tax revenues can be very volatile but municipal expenditures tend to be stable over time. For this reason, it is difficult to rely too heavily on land transfer taxes to pay for municipal services.”

The Toronto Real Estate Board has long criticized Toronto’s tax. Von Palmer, who speaks for the board, said the city can reduce its reliance by bringing rates in line with inflation, meaning buyers of many homes at or below average price would no longer be hit with the top rate, and by raising the threshold at which first-time homebuyers pay no land transfer tax.

Ford F-series trucks are the most often stolen vehicles in Canada, insurers say