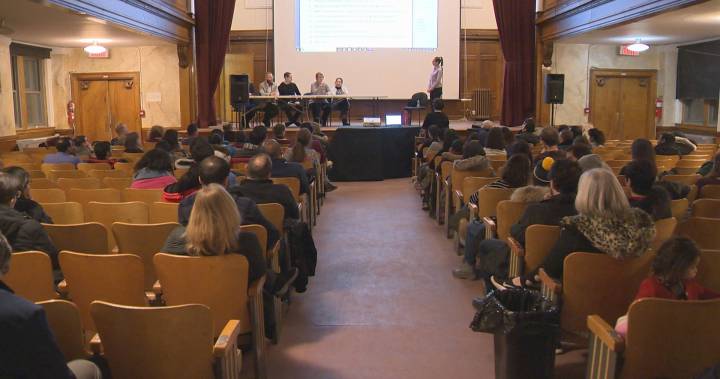 Students at Westmount Park School are bracing for change.

Their school could be undergoing a major renovation, meaning students would be temporarily transferred to either Marymount Academy or St John Bosco.

Parents voiced their concerns about the move at a meeting Monday night.

Concerns include “The bussing situation [and] the fact that their friends are going to be split among whose closer to one campus or the other,” said Christie Stilson, whose daughter and son have been at the school for a year.

Parents got answers to some of their concerns from the school’s governing board and principals, including where their kids will likely be transferred.

That all depends on whether their address is located above or below the Ville-Marie Expressway, they explained.

Officials are trying to put parents’ minds at ease until a final decision is made on whether the renovations will , in fact, go ahead.

“Wherever we will be, we will be Westmount Park,” Perron said.

The school was built in 1913 and has major structural concerns.

The proposed two-year renovation is welcome news for parents like Clifford Jordan.

“It’s a good thing because the school does need improvements,” Jordan told Global News. “I came to school here 40 years ago.”

In the meantime, the school’s governing board took note of parents’ comments and concerns, in preparation for a report that will be delivered to the English Montreal School Board (EMSB) January 8.

The board will vote on the relocation the following week, and if it is approved, renovations would begin in June 2019.