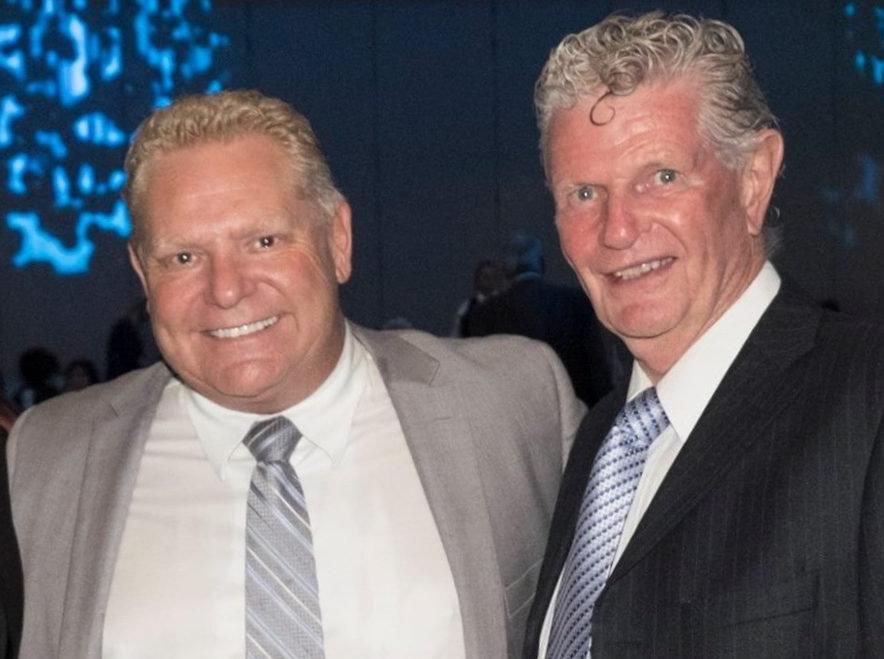 Ford’s government has blasted interim OPP Commissioner Brad Blair for complaining to the Ontario ombudsman about the controversial hiring of Ron Taverner to helm the force.

“We are not going to comment on Mr. Blair’s motivations for using the Office he holds to raise these issues. We will explore the appropriate venue to review the content of a letter that we fully and completely dispute,” Jones said Wednesday.

“The government stands by the process leading to the appointment of Mr. Taverner as the next Commissioner of the OPP. Mr. Taverner has more than 50 years of exemplary police service. It is unfortunate that this service has been unfairly maligned by unfounded allegations about the appointment process,” the minister said.

“We would respect any decision made by the Ombudsman about an inquiry into this matter and would cooperate with any such review.”

It comes as Taverner, 72, a close Ford chum, is to be sworn in as head of Canada’s second largest police force after the RCMP.

The 51-year veteran Toronto police superintendent was a surprise choice to helm the OPP.

Blair wants Taverner’s installation to be delayed pending a review of the appointment.

The 32-year OPP veteran and the only deputy commissioner to apply for the top job makes grave allegations against Ford’s chief of staff, Dean French.

He alleges French specifically requested that the OPP purchase a “large camper type vehicle” that could be modified to certain specifications and that the request be “kept off the books.”

Blair’s letter says Taverner’s appointment raises “a legitimate question as to whether the OPP’s integrity has been compromised and whether the public can have confidence in and respect for the OPP going forward.”

His lawyer, Julian Falconer, said Blair came forward with the explosive complaint “amidst a growing sea of controversy.”

Falconer said the officer is speaking out out of a belief the OPP “is an organization whose credibility is worth protecting.”

Blair is aware his decision to question the hiring process of his successor means he will “now be under no minor light of scrutiny,” the lawyer said.

The interim commissioner was appointed to his acting post by the Progressive Conservative government, via an October order in council.

He also applied for the chief commissioner posting. In the letter he states he was viewed by members of the OPP as a “front-runner candidate.”

His letter claims the decision to name Taverner as commissioner was made prior to a Wednesday cabinet meeting where the decision was said to have been made; that the job posting was “changed without convincing justification,” and that the hiring panel had “questionable authority” and the interview panel members changed at the last minute.

The letter also claims that Ford’s chief of staff specifically requested that the OPP purchase a “large camper type vehicle and have it modified to the specifications the premier’s office would provide us.” According to the letter, there was a request that these costs be “kept off the books.”

Such a request, asking for “monies spent to be hidden from the public record” is at minimum a violation of the Ontario government’s financial policies, the letter said.

Blair’s concerns come after another former OPP commissioner, Chris Lewis, voiced his concerns about Taverner’s hiring, telling CP24 that “the fix was in.”

His complaint is not the first formal concern to be raised about Taverner’s hiring. At Queen’s Park, Ontario Integrity Commissioner David Wake’s office said a formal request for a probe into the Taverner appointment has been filed.

“I can confirm that a request has been made by MPP Kevin Yarde … and it is under review by this office. The office will have no further comment on the matter,” said Wake’s spokesperson Michelle Renaud, referring to the Brampton North NDP MPP’s letter to the office.