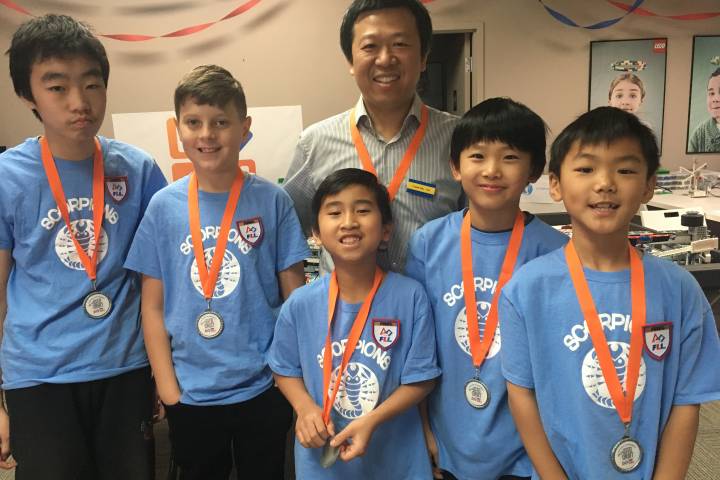 A group of Moncton-area students, aged 9 to 12, is back following a successful tournament in Ottawa.

The Glaceige Games Scorpions have been practicing since September, and were the youngest team to compete in FIRST LEGO League Challenge.

“The youngest guy in our team is just nine years old,” he says. “We are the youngest of all 21 teams.”

The rookie team has only been practicing together since September.

A trip to Ottawa to compete in a game they love was a big deal for the team.

“It was very exciting,” says Micky Liang. “I was sweating a lot.”

The rest of the teams competing were from Ontario.

A fourth-place finish left them just shy of making the provincial tournament, but for the team’s rookie year, the coach is happy with the performance.

With guidance and help from their coach, the team programs the robots through trial and error.

“Testing it and figuring out new programs — that’s the fun part about programming,” says Carter Lutes.

The theme of the tournament was Into Orbit.

Some tasks they had to program their robots to complete included “saving an astronaut from outer space,” and “sending satellites into orbit.”

The task at the tournament was to complete 50 missions in two-and-a-half minutes. The team held their own.

Coach Niu says the team will be back older and stronger next year.