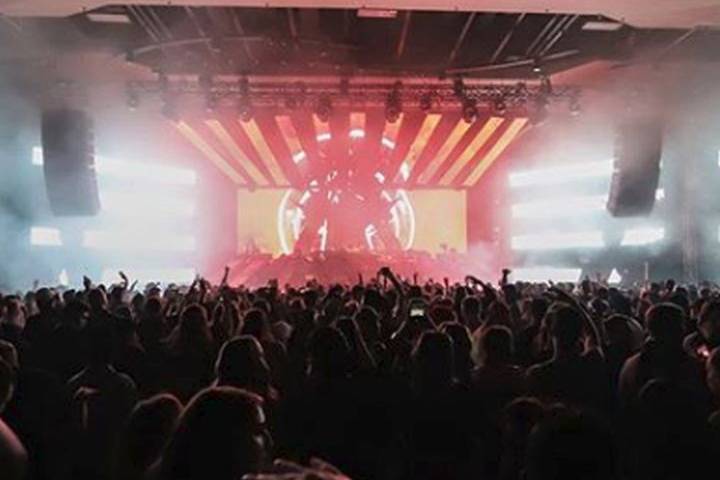 Three people were taken to hospital — one in life-threatening condition — from an electronic dance music concert in downtown Edmonton on Thursday while several other people were arrested on drug-related charges at the same event.

A spokesperson for Alberta Health Services confirmed Friday that all three people taken to hospital were men in their 20s, however, the reason for their treatment was not disclosed. Two of them were listed in serious condition.

Electronic music fans gathered at the downtown venue for a show called Get Together, which featured a number of performers, including Diplo and Illesium.

The Edmonton Police Service confirmed to Global News on Friday that their officers made eight drug-related arrests at the event. Police said their officers seized 400 MDMA pills and “a quantity of cocaine” in connection with the arrests.

It is not clear how many of the people arrested would be charged, however, police confirmed a 20-year-old man was charged with seven drug-related offences, assaulting a police officer and resisting arrest. Police did not disclose his name and it was not immediately clear why.

“EPS, together with AHS (EMS) and the City of Edmonton, sits on the EDM (Electronic Dance Music) Internal Working Committee, and works with event organizers to improve the safety of electronic dance music events in our city,” police said in an email.

A spokesperson for the Shaw Conference Centre issued a statement to Global News about what transpired on Thursday night, and said its “goal is to provide a safe environment for guests to enjoy electronic dance music events.”

“We work with event promoters to adopt industry-leading, harm-reduction strategies that include proactive and onsite engagement with Indigo Harm Reduction and onsite medical services provided by Alberta Paramedical Services,” the statement said. “We are committed to continued collaboration with our industry partners, harm-reduction agencies, Edmonton Police Service, Alberta Health Services and the City of Edmonton to ensure patrons can safely enjoy EDM events at our venue.”

Global News has made attempts to contact the organizers of the event. On the Get Together website, organizers say visitors will be searched by security upon entry and people who leave the event are not to be allowed back in. The site lists illegal substances and drug paraphernalia among the items prohibited from the event.

Earlier this year, a city committee voted against a proposed moratorium on electronic dance parties or raves in Edmonton.

Watch below: (From June 2018) Police and city administration recommended a moratorium on raves until safety concerns were addressed but Edmonton councillors instead chose to work with industry to find solutions. Fletcher Kent reports.

A city report had recommended a ban on raves, noting that electronic music parties are linked with “widespread consumption of drugs” and “drug-facilitated sexual assaults” that tie up emergency services. The proposed ban on raves was dismissed by some councillors because it could lead to a loss of income or jobs while others believed such a ban would drive the events underground, making them more dangerous.

In October, six people were taken to hospital, some in life-threatening condition, after attending an electronic dance music party at the World Waterpark at West Edmonton Mall.

Watch below: Changes made ahead of the 2018 edition of Calgary’s Chasing Summer Festival are aimed at making the event safer for everyone. Bindu Suri filed this report in August 2018.

A lot of stupid things happened in Toronto in 2018. Here’s a look back