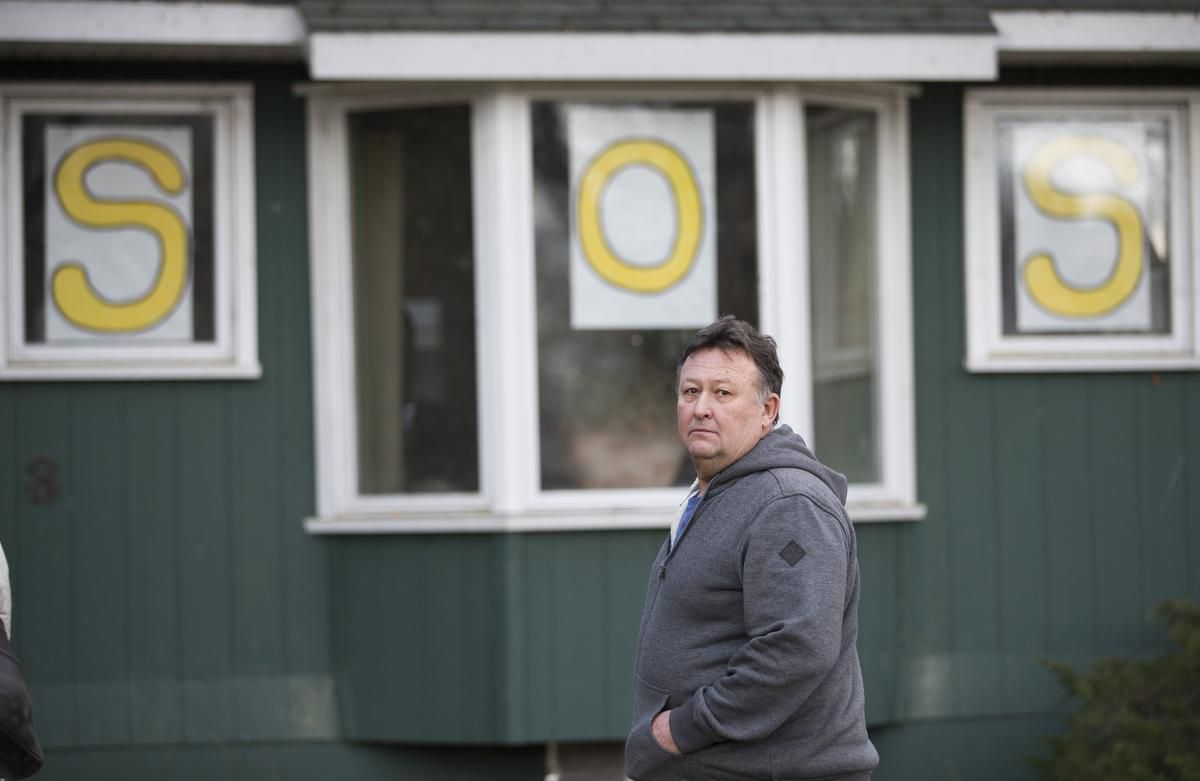 Days before Christmas, Don Sampson learned he had been voted off the island — and out of his childhood home on Algonquin Island.

Eviction day was scheduled for Monday. Locks would be changed, forcibly if necessary. Possessions removed. The home at 8 Omaha Ave. would then be sold by the Toronto Islands’ trust, which instructed Sampson to vacate the property in a letter dated Dec. 20.

“The Trust will neither be evicting anyone from 8 Omaha nor changing the locks at that address on January 7, 2019,” Lorraine Filyer, Toronto Islands’ trust board chair, wrote in an email to the Star on Sunday. She did not respond to a followup email asking if the trust would — or would not — evict anyone from that home after Monday.

Sampson, when told of Filyer’s statement, was skeptical.

He said he received another letter from the trust on Friday that suggested “we’re going to carry on” with eviction plans. He added he hasn’t been contacted directly by the trust about dropping the eviction demand.

“I would love to hear that it’s happening,” said Sampson, who hosted a “Save Our Sampsons” rally at his home on Sunday — the letters S.O.S. were drawn on signs filling the front windows.

“I would like to have an email from the trust itself before I can be assured (that he can remain in the home).”

And if a crew shows up to evict him?

“If they come to try and change my locks (Monday), of course I’ll stand here and try to prevent them,” Sampson said.

He said he has support from friends who showed up for an afternoon barbecue he hosted Sunday. Many of them have known the Sampson family for 60 years. Some pledged to form a human chain around the home Monday if an eviction is attempted.

Councillor Mark Grimes (Etobicoke-Lakeshore), another long-time Sampson friend, recalled when they played baseball together on the island in the 1980s.

“It’s a family home and I think it should stay in the family,” said Grimes, standing in the home’s front yard Sunday.

Grimes spent part of the morning reviewing his friend’s documents and said he would reach out to the province to learn more about how the trust operates.

Mayor John Tory said at a Sunday event in Scarborough that he would not interfere in the island dispute.

Sampson’s property battle with the trust surrounds the deed to the family home, which was in the name of his brother, Bruce, who had cancer and died in 2017. Though Don Sampson is named in his brother’s will to inherit 8 Omaha, the house cannot be transferred to him — a quirk of trust rules.

Sampson was informed by the trust that the home must be sold by the trust to someone on its waiting list, which has about 500 hopeful island buyers on it.

The letter Sampson received from a trust lawyer advised he had until Jan. 7 (Monday) to relinquish his house keys. If not, the letter states the “Trust will forcibly enter and change the locks.”

He also was directed to remove all possessions from the home by that date as well, but Sampson, as of Sunday, hadn’t moved a stick of furniture.

Sampson was born in the Algonquin Island home in 1957 and moved away when he was about 30 years old. He had a family, raising three sons — twins Dylan and William, 27, and Dustin, 25 — in a Toronto apartment, and then moved back to the island full-time two years ago to care for his terminally ill brother. Bruce had no spouse and no children.

Sampson said he thought that because he was part of the original island community that fought and won the right for islanders to stay put, the trust would let him stay after his brother passed away. He claims the trust has made exceptions to the rules for others in the past.

Filyer told the Star’s Marco Chown Oved in a Dec. 30 story that privacy concerns prevented her from commenting on an individual and that she was not aware of any exceptions made to the property transfer rule.