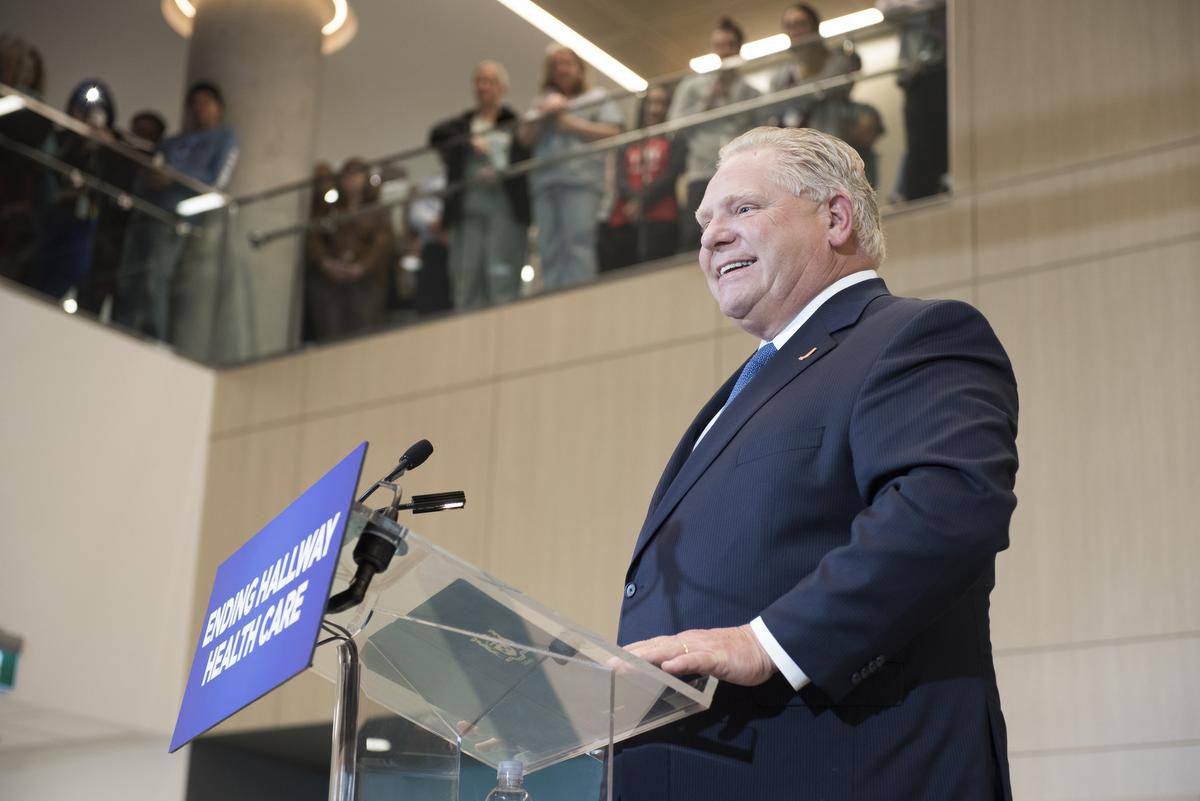 Beware provincial Tories looking to help. If you’re a municipality, it’s a hard-learned lesson based on experience. And one that was top of mind on Tuesday when Doug Ford’s government announced the prospect of reshuffling of the regional governance system in the GTA and across the province.

Maybe the system could use some tweaking. Or more than tweaking. For instance, perhaps Mississauga, the sixth largest city in Canada and third largest in the province, has outgrown its place as subservient to the Peel Regional government, as Mayor Bonnie Crombie often argues.

Perhaps there could be some standardization of how regional governments and regional chairs are elected. Perhaps, though it appears to be outside the purview of this review, the whole Greater Toronto and Hamilton area — even the greater Golden Horseshoe — could use some more formal regional co-ordination of files like planning transit and housing (as was first proposed almost 25 years ago by a task force led by Anne Golden).

But then you have experience.

It’s been two decades since Mike Harris’ Progressive Conservative government forced the amalgamation of the six municipalities that made up Metropolitan Toronto into the city we know today — alongside companion amalgamations of school boards, and a shuffling of which level of government pays for and delivers a host of essential services. It was a disaster. It was unpopular and locally opposed at the time, and it’s little exaggeration to say digging out from under the rubble these actions created has been a main preoccupation of the city’s government ever since. The promised cost savings never materialized (instead the city government became larger, more expensive, and arguably less efficient), the many service funding crises created by the restructuring have only been mostly resolved within the past year or two, and Toronto’s politics have often been dominated by resentments created by process.

This thorough fouling up of Toronto was followed by similar amalgamations across the province a few years later, that created controversy and urban-rural resentment and governance difficulties in Hamilton, Ottawa, Sudbury, and other haphazardly pasted-together municipalities across the province.

Fast forward to last year, when Premier Ford tossed a bomb into Toronto’s election by overruling a years-long local process of study and discussion to redraw the city’s ward representation, and instead slashed the size of council almost in half on a whim in the middle of an election campaign that was already underway.

It’s a record of creating chaos. Intentionally, many suspect, though the claimed motive is always the same: efficiency and effectiveness. The sum total of the historic arguments offered by people like Harris and Ford is that better and cheaper government is best achieved by putting ever-fewer people in charge of governing ever-larger areas. It’s just that the evidence they are correct about that is, to put it lightly, contested.

There it is again — efficiency and effectiveness.

The two people appointed to lead the review — former deputy minister and Metrolinx executive Michael Fenn and recently retired long-serving Waterloo Region chair Ken Seiling — may temper the fears of a hack job. Both men have long experience with municipal and regional government, and a glance at their resumés shows they seem likely to understand the issues on which they are expected to make recommendations.

If the consultation and study process is legitimate, they may pave the way for the kinds of tweaks and changes that are needed and avoid the kind of ill-considered, rushed, bold statement Ford and his party’s history may lead us to expect.

If. That’s an important if.

If there are some reasons for hope, they remain alongside anxiety about another possible result.

My colleague Jennifer Pagliaro, reporting from a press conference of GTA mayors held Tuesday after a meeting at Toronto City Hall, summed up, “One clear message from GTHA mayors here in Tory’s office is: Don’t drop a bombshell on us restructuring our governments the way you did in Toronto.”

As Brampton Mayor Patrick Brown said, “I hope that the municipalities and the region will be consulted sincerely as this process unfolds.”

Or as Burlington Mayor Marianne Meed Ward put it, citing Toronto’s experience as a “classic example” of what she hopes they will avoid: “You don’t do it with a hatchet, you do it with a handshake.”

With files from Robert Benzie, David Rider, and Jennifer Pagliaro