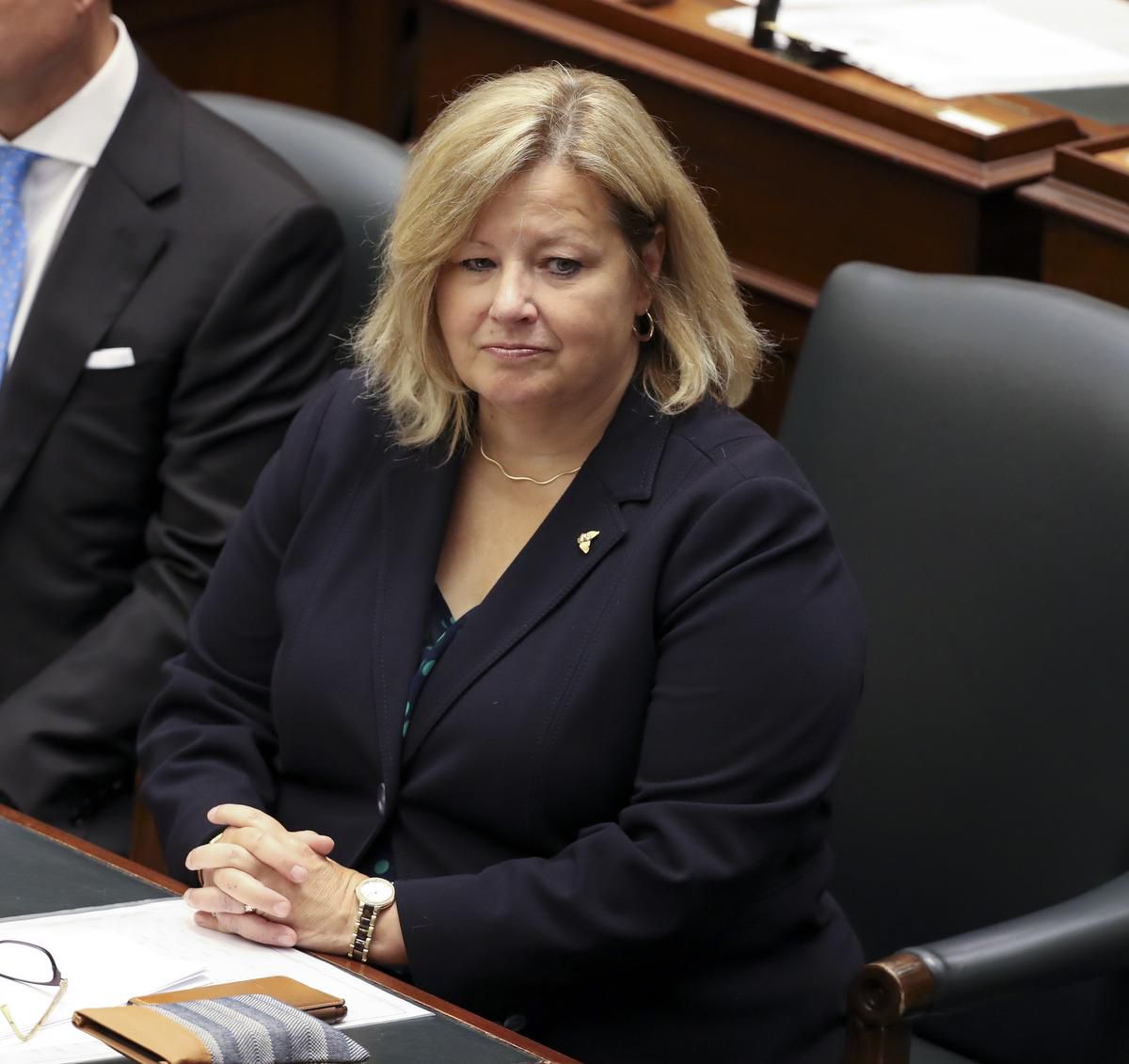 Premier Doug Ford promises full-day kindergarten will be offered for the next school year, but parents will have to wait to find out what changes are in store.

Speaking to reporters Wednesday morning at an mental-health funding announcement at CAMH in Toronto, Ford was asked several times about the program for Ontario’s youngest learners.

“We’re consulting with our education partners,” he said. “…But I can tell you that there’s going to be all-day kindergarten next year, and we’ll sit down and you’ll hear from us in the future.”

The premier also said “we look forward to coming up with a solution that’s better than the system that we have right now.”

On Tuesday, Education Minister Lisa Thompson also did not commit long-term to the program, which began almost a decade ago at a cost of $1.5 billion a year.

She said it was “premature” to comment on the program given the consultations with teacher and support staff unions, and trustee associations.

“What I’m saying is this: we’re consulting with our education partners and stay tuned,” Thompson told reporters Tuesday in Scarborough.

“What I’m saying is I’m absolutely respecting the process of consultation. We are listening. We’re asking first, we’re listening and then we’re going to analyze the information that has come back to us.”

Education minister says ‘nothing decided’ on class sizes or kindergarten

The government has asked unions and trustee groups to comment on the full-day program, class-size caps in the primary years, as well as a controversial hiring rule known as Regulation 274 that compels principals to choose from among those supply teachers with the most seniority for long-term and permanent positions.

A ministry consultation document asks about full-day kindergarten and it’s staffing model, which is a full-time teacher and full-time early childhood educator with an average class size of 26, with a few exceptions.

The document asks if there are “other models the ministry should consider.”

Before full-day kindergarten was introduced, it was proposed that students continue to be taught by a teacher for a half day, with early childhood educators covering the rest, for an annual cost of $1 billion.

But then-Premier Dalton McGuinty chose the all-day teacher and early childhood education model, adding half a billion dollars to the yearly price tag.

In 2012, in his report to the Liberal government, economist Don Drummond said the $1.5 billion full-day kindergarten program should be scrapped or revamped.

On Wednesday, Ford said “there’s lots of areas of education that need to be fixed,” and said “I can assure you one thing — it’s very important. Any decision that’s made, it’s going to be better, it’s not going to be worse.”

Ford also said he’s concerned that “half our Grade 6 students have failed math. That’s staggering” and said while teachers “do a great job with our students” they can finish post-secondary studies without any math and then go in and teach our kids about math.”

He was referring to the most provincial standardized testing results that shows 49 per cent of Grade 6 students met the standard in numeracy. The standard is a level 3 or 4, which roughly translates to a B or better.

Ford also said he’d be “more than happy to go in any of the classrooms” to see first-hand what class sizes are like.