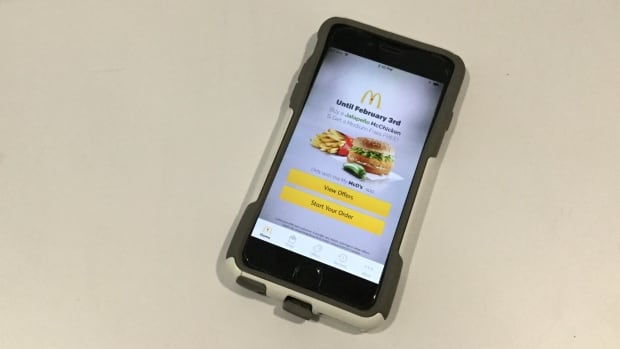 Lauren Taylor says she has no idea how someone in Montreal spent $483.65 using her McDonald’s app.

The Halifax woman said she received dozens of order confirmations in her email inbox with the last four digits of her Visa debit card between Jan 25-29.

« It’s amazing to see how quick someone can just breach your privacy … rent is three days away and now I have to find the money, » Taylor said. « It’s a good thing that I live with family. Otherwise I’d be out. »

The charges to Taylor’s account went unnoticed for days because she hadn’t checked her emails. When she checked her bank account, there was $1.99 left. 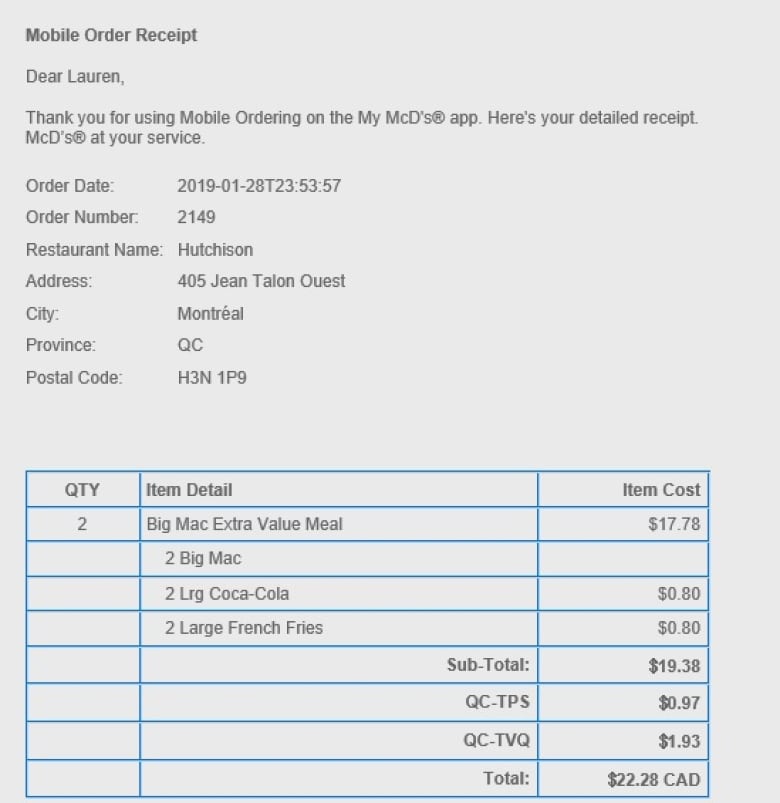 McDonald’s Canada said there was no security breach on the My McD’s app.

« We take appropriate measures to keep personal information secure, including on our app, » Ryma Boussoufa, a company spokesperson, wrote in an email.

« Just like any other online activity, we recommend that our guests use our app diligently by not sharing their passwords with others, creating unique passwords and changing passwords frequently. »

Taylor said she doesn’t know anybody in Quebec. She said she has never been to Quebec.

With the McDonald’s app, passwords must be eight to 12 characters long, include upper and lowercase characters and at least one number.

« This is an app that’s supposed to be secure, » she said. « So why do I live in Nova Scotia and why is my card being used in Quebec? That’s crazy. » 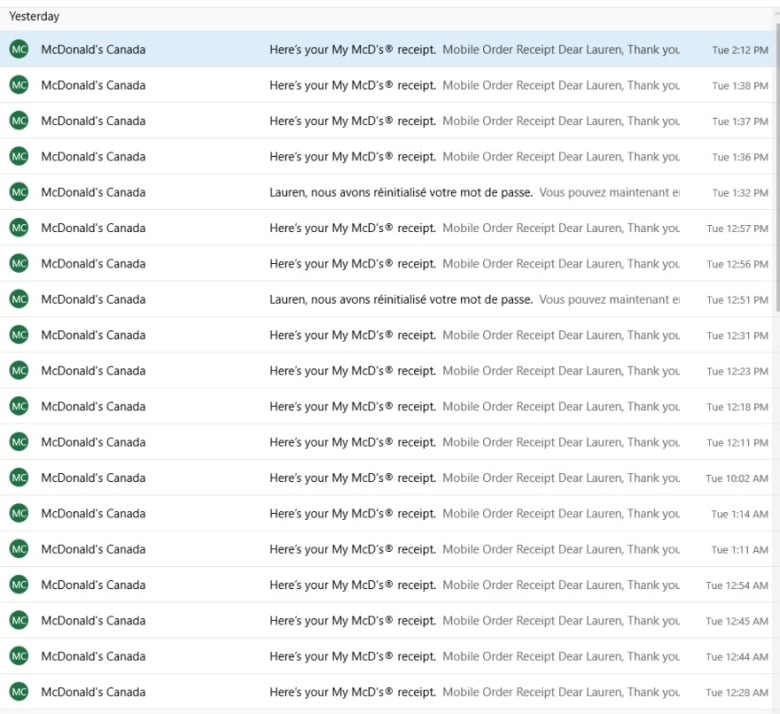 The good news, Taylor said, is the bank will refund her account.

« [The bank] told me that I had to call McDonald’s back for them to confirm that it was actually fraud on my account, » Taylor said.

« And then I called RBC back and they called McDonald’s back with my case number, confirmed that it was fraud [and] agreed to give the money back within three-to-10 business days. »

Taylor said she filed a police report, too.

Halifax Regional Police confirmed it received a report of a fraud that had been occurring through a McDonald’s app on Jan 29, 2019 and that it was investigating the incident.

Each order confirmation from McDonald’s is time-stamped with the different locations where the food was picked up, so Taylor is hoping that will be helpful in the investigation.

As for McDonald’s, Taylor said the company could be doing more to make sure every purchase from its app is extra secure.

Among her suggestions are texts to mobile phones to confirm orders, requesting CVV codes or requiring a code to finalize an order.