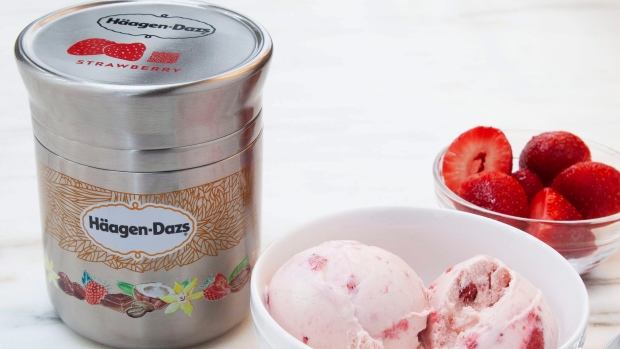 Canadian efforts to reduce single-use plastic will get a boost this year when a major retailer is slated to launch a test of reusable packaging in the most populated part of the country.

The chain’s identity is expected to be unveiled this spring, with online operations starting by year end, says the founder of recycler TerraCycle’s Loop.

« I say this as a Canadian, I’m super excited about getting Loop to Canada. I think it will resonate really well with the public there, » says Tom Szaky, who grew up in Toronto.

Residents within a 200- to 300-kilometre radius of Canada’s largest city will be able to purchase hundreds of products in reusable packaging made by some of the world’s leading brands, including Proctor & Gamble, Unilever and Nestle.

Goods ranging from Haagen-Dazs ice cream to shampoo, toothbrushes and laundry detergent packaged in specially designed reusable containers will be ordered online from the retailer’s e-commerce site and delivered along with other store purchases. In-store purchases are expected to follow about six months later.

The system is akin to the old milkman delivery service that was ubiquitous in the 1950s and 1960s.

« Loop is very much a reboot of an old idea but done in a very modern setting, » said Szaky.

A deposit will be charged for the container and it will be refunded when the unwashed vessel is returned at the next delivery or at the store.

The recycling effort is being launched as corporations — including large retailers, airlines and fast-food chains — have joined a global bandwagon aimed at reducing single-use plastics. The material has attracted negative attention from images of a floating garbage island in the Pacific Ocean and tangled ocean wildlife.

Retailers including Ikea, Walmart, KFC, A&W, Starbucks and Subway have promised to eliminate plastic straws and are looking for plastic alternatives for lids and cutlery. Air Canada says it will replace millions of plastic stir sticks with wood on all flights starting this summer. Tim Hortons’ parent company says it will unveil efforts to tackle the issue in the coming months, begin testing a new strawless lid this year and increase the amount of recycled content in packaging. 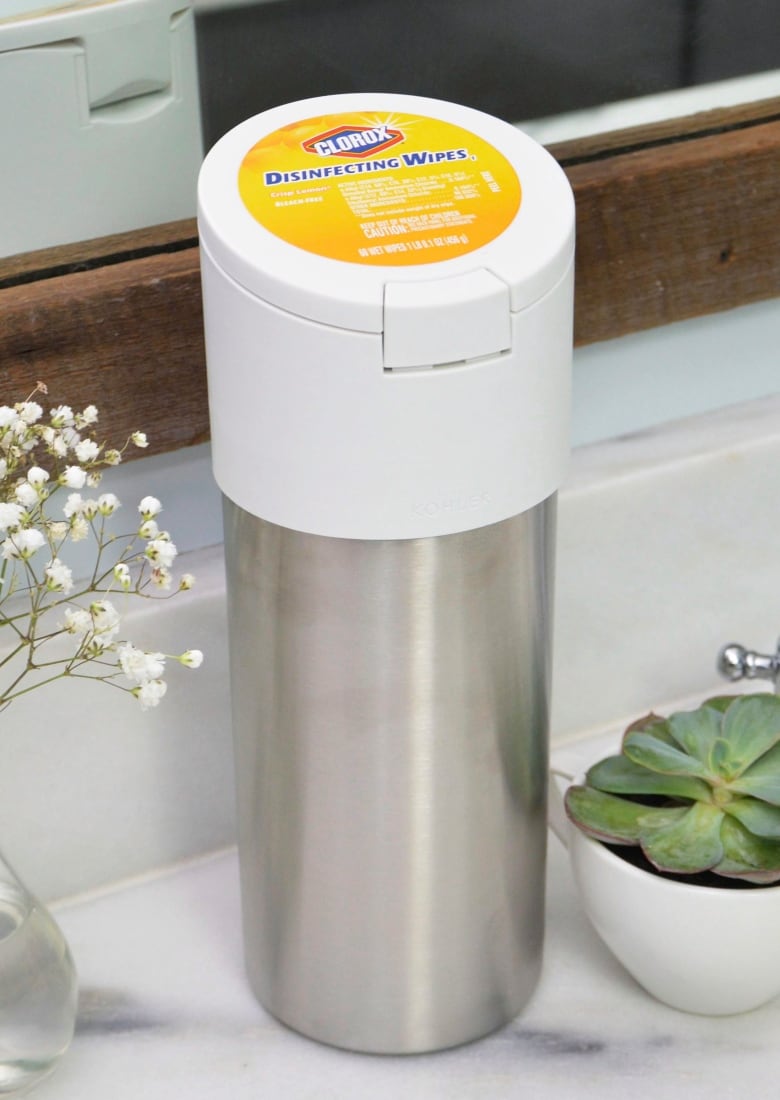 Loop would do away with disposable containers for some name-brand products, such as Clorox wipes, above, some shampoos and laundry detergents. Instead, those products would be delivered in sleek, reusable containers that will be picked up at your door, washed and refilled. (Dara Rackley/TerraCycle via AP)

The world’s largest retailer has promised in Canada to further reduce checkout plastic bags, replace plastic straws with paper and eliminate « hard-to-recycle » PVC, expanded polystyrene and unnecessary plastic packaging in all its own private brand products.

McLaughlin denies Walmart is merely engaging in a public-relations exercise.

« No, this is real action, » she said in an interview. « We are trying to change the way that people produce and consume products. »

Loblaw Cos. Ltd. says it is looking for solutions both to plastic and food waste, and has taken action to reduce plastic checkout bags, increase recyclable packaging and eliminate synthetic microbeads in its private-label products.

« The challenge of plastics won’t be solved by one-off actions. It requires the work of industry, government and consumers — and a system built to address the environmental, social and business opportunities and risks associated with waste, » spokesperson Kevin Groh wrote in an email.

Metro Inc. expects to unveil its approach to reducing waste, including plastic by mid-year. Sobey’s says it agrees with customers who complain there is too much plastic packaging. It said it is working with suppliers and industry partners to reduce the amount of plastic used in packaging and other products.

While agreeing plastic waste is unacceptable, the Canadian plastics industry pushes back against attacks on a lightweight, cost-efficient product that extends the life of produce and supports food safety.

« I don’t think these companies are fully looking at the science, » said Joe Hruska, vice-president of sustainability at the Canadian Plastics Industry Association. « They are like any company, reacting to consumer pressure and the consumers just don’t know the facts. »

He points to a 2016 study by Trucost, an environmental data and risk analysis firm, that concludes replacing plastics with alternative materials would almost quadruple environmental costs because less plastic material is used « throughout the whole lifecycle » of the products. 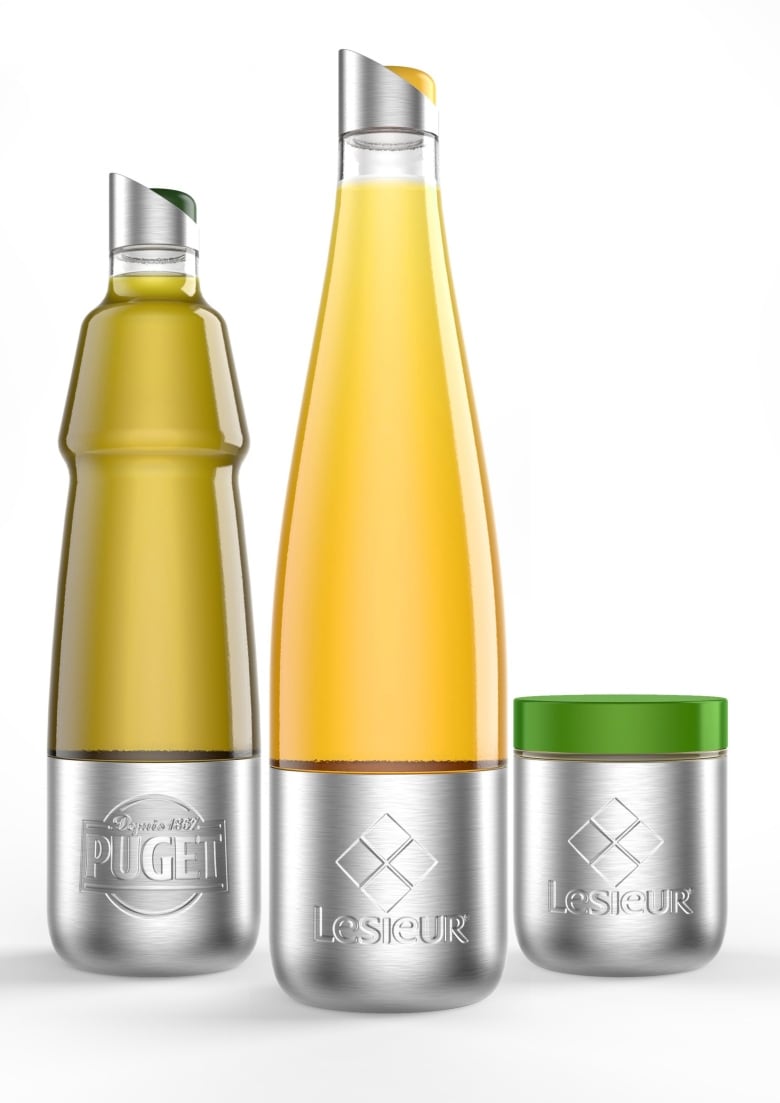 Lesieur’s stainless steel vegetable oils and mayonnaise containers are designed for use with Loop. A major retailer is slated to launch a Canadian test of the reusable packaging system in the Toronto area this year. (Team Créatif/Lesieur/TerraCycle via AP)

Canadians generate about 3.25 million tonnes of plastic waste, or about 140,000 garbage trucks’ worth, each year, according to Greenpeace Canada.

Sarah King, head of an oceans and plastics campaign for the environmental group, says there’s too much reliance on improving the recyclability or increasing recycled content even though just 10 to 12 per cent of goods are recycled in Canada.

For too long, the onus has been unfairly placed on consumers to recycle better and dispose of things properly instead of requiring major corporations that produce the packaging to find alternatives, said King.

« We want to go back to a model that is more holistic and is more not so disposal-centric. »

Szaky said Loop puts the ownership of the containers back to manufacturers who will then be motivated to make packaging durable.

The system will launch in New York and Paris this spring.

Additional Canadian cities, likely starting in western provinces, will be added as a distribution network is built.

Loop is just one of many strategies that have to be implemented to tackle the problem, says Tony Walker, assistant professor at the School for Resource and Environmental Studies at Dalhousie University.

« There’s no one answer to this problem. It’s a very complex environmental challenge so there’s no one silver bullet. We just have to hit it with many solutions. »