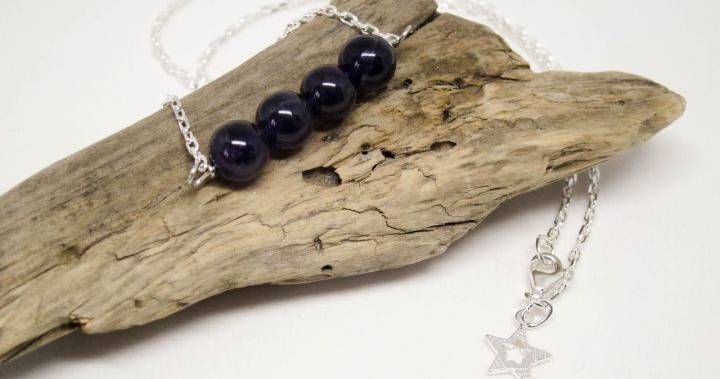 A Sherwood Park jeweler has been selected to be part of this year’s Grammy Awards. A necklace by Rockstar Jewelry will be included in the gift bags for presenters and performers at the music awards this Sunday.

“Let’s just say I was glad I was sitting down when I found out.”

Willuhn has been making jewelry for about nine years. He reached out to the public relations company that does the gift bags last year and has been working since mid-May on the 160 pieces that will be given away at the music awards this weekend. Altogether, Willuhn used about 65 metres of sterling silver.

“I was doing one a day just because I wanted to pace myself but near the end, I was doing three a day.”


READ MORE:
Lollipops from Fort Saskatchewan small business to be given out at Grammy Awards

The Sherwood Park company uses gemstones from around the world to create unique pieces, including rings, necklaces and bracelets.

The piece being included in the Grammy gift bags is a sterling silver amethyst bar necklace, which the company said “embodies the simplicity of every piece by Rockstar Jewelry and highlights the beauty of the natural amethyst stone.”

While excited, Willuhn admits he’s also a bit nervous about the exposure. His products have never been featured like this before.

“It’s a new demographic so I don’t know how well it will be received. You never know with these things,” he said. “I have no idea how this is all going to end up. Your guess is as good as mine.”

Rockstar Jewelry isn’t the only local company being showcased to some of Hollywood’s best singers; handcrafted lollipops from Fort Saskatchewan’s Sumptuous Lollies will also be given out in the Grammy Awards gift bags this weekend.

Watch below: A small business in Fort Saskatchewan is getting the opportunity of a lifetime.

Left to decay, the Toronto Coach Terminal offers a fading glimmer of the glory days of travel