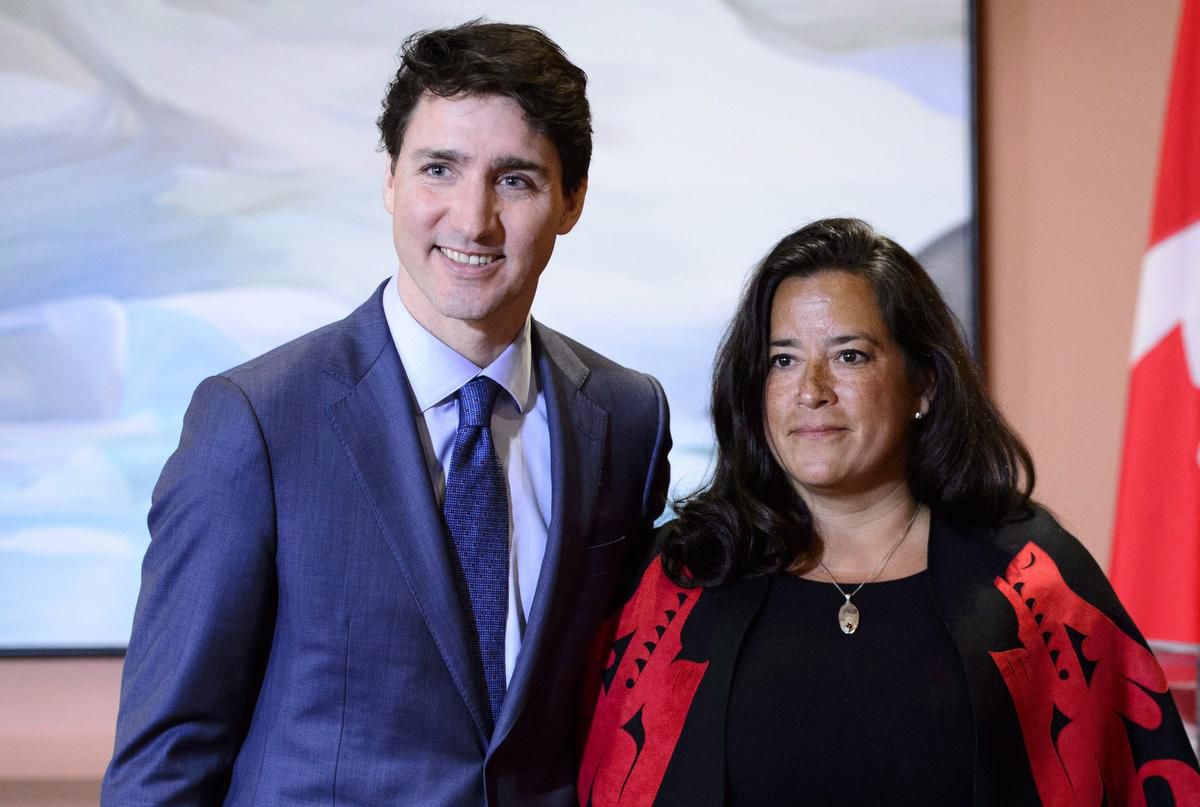 “The allegations in the Globe story this morning are false,” Trudeau told reporters Thursday. “Neither the current nor the previous attorney-general was directed by me or anyone in my office to take a decision in this matter.”

But the statements are unlikely to quell the uproar that broke after the Globe and Mail reported Thursday that Jody Wilson-Raybould was shuffled out of the job after she refused requests to direct the independent public prosecution office to negotiate a remediation agreement which would have resulted in the firm avoiding criminal liability for actions it said were taken by individual employees.

SNC-Lavalin blamed a teenage refugee for its poor performance. Here’s the real story

Speaking outside the House of Commons, Conservative Leader Andrew Scheer rejected Trudeau’s denial as “words written by a lawyer.” He said the report brings up questions about whether officials in Trudeau’s office, and even potentially the prime minister himself, tried to influence Wilson-Raybould over the SNC-Lavelin prosecution.

“The allegations that are in the media today raise the idea that Jody Wilson-Raybould lost her job for refusing to bow to pressure from the prime minister’s office,” Scheer said, accusing the prime minister in French of “hiding something.”

“It’s up to the prime minister to come clean on this,” he said.

During his press conference earlier Thursday, Trudeau said three times in English and twice in French that no one in his PMO directed Wilson-Raybould, or her replacement David Lametti, a Quebec MP, to take “any decision whatsoever” in the SNC-Lavalin prosecution.

Asked what efforts were made to influence her decision, Trudeau said: “At no time did I or my office direct the current or previous attorney general to make any particular decision in this matter.”

Trudeau side-stepped a direct answer to another question about the the nature of discussions between his office and Wilson-Raybold, saying, “We have a tremendous positive working relationship with all members of our cabinet.”

Asked how Canadians can believe the Liberal government’s claims of never politicizing the judicial system — which it has repeated in the Meng Wanzhou extradition case and to questions about the trial of vice-admiral Mark Norman who is charged with leaking cabinet secrets — Trudeau insisted that “we have been consistent that Canada is a country of rule of law that respects the independent judiciary and always will.”

“It’s something we have stood up for on the international stage, it’s also something we ensure on the domestic stage.”

According to the report, SNC-Lavalin sought to avoid criminal fraud and corruption charges based on allegations it paid millions in bribes to win government business in Libya between 2001 and 2011.

The engineering company claims the executives responsible have left the company and it has since overhauled its ethics and compliance rules. This past week, the company’s former CEO Pierre Duhaime was sentenced to house arrest over a separate bribery scandal tied to the construction of a Montreal hospital. Former SNC-Lavalin CEO Pierre Duhaime pleaded guilty and will serve 20 months of house arrest.

The Liberal government changed the law last year to what allow “deferred prosecution agreements” and allow remediation agreements to be reached.

In June, Conservative MP Dan Albas slammed it saying the change “gives, effectively, large corporations a ‘get out of jail’card” for offences such as money-laundering.

Finance Minister Bill Morneau defended the move as a way to protect jobs and the economy, and noted that it is similar to the approach taken by the United States and the United Kingdom.

Liberal MP Mark Miller, whose riding encompasses the Quebec engineering and construction giant’s headquarters, defended the PMO officials as well as the former justice minister on Thursday after the story broke. “I’m confident that the Prime Minister’s office at all times acted legally and ethically,” he said, adding it was never discussed in Quebec caucus.

Miller also called Wilson-Raybould “one of the most principled and ethical people I’ve met in the last three years.”

When Trudeau gathered with his cabinet ministers for a retreat in Sherbrooke, Que., last month, he sidestepped questions about why Wilson-Raybould was removed as justice minister.

“Jody Wilson-Raybould has been a hard-working minister and has been a great person. We have given her a very important job that I know she is going to do well,” Trudeau said.

Asked specifically whether she was moved for “speaking truth to power” too often, Trudeau would only say, “we have a great team of very strong ministers who have stepped up time and time again to serve this country.”

That’s the very language Wilson-Raybould used in a lengthy letter penned after the shuffle that laid out her achievements as justice minister.

In that letter, she said the role of attorney general “demands a measure of principled independence.

“It is a pillar of our democracy that our system of justice be free from even the perception of political interference and uphold the highest levels of public confidence,” she wrote.

“As such, it has always been my view that the Attorney General of Canada must be non-partisan, more transparent in the principles that are the basis of decisions, and, in this respect, always willing to speak truth to power. This is how I served throughout my tenure in that role,” she said.