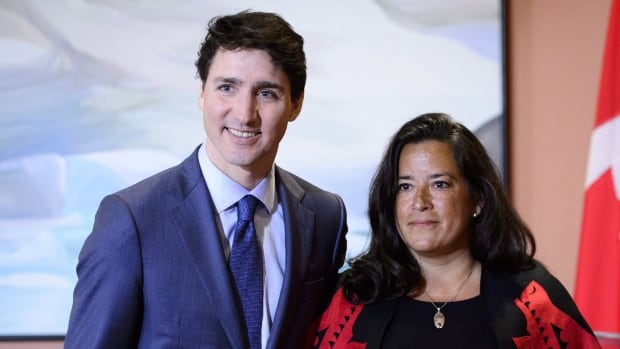 The former justice minister is at the centre of recent claims that the Prime Minister’s Office pressured her to help Quebec -based engineering firm SNC-Lavalin avoid criminal prosecution.

Over the weekend, The Canadian Press ran a story quoting anonymous sources who described Wilson-Raybould as someone who had « become a thorn in the side of the cabinet » before she was shuffled to her new role last month. She was also called « someone … [who] was difficult to get along with, known to berate fellow cabinet ministers openly at the table, and who others felt they had trouble trusting. »

A source, described as an « insider who didn’t want to be identified, » told the news agency that Wilson-Raybould has « always sort of been in it for herself » and « everything is very Jody-centric. »

« They perpetuate colonial-era, sexist stereotypes that Indigenous women cannot be powerful, forthright and steadfast in positions of power, but rather confrontational, meddling and egotistic, » says the news release from the group, which has been critical of the Liberal government in the past on pipeline issues.

« These comments from your staff must be recognized for what they are — blatant sexism. »

« When women speak up and out, they are always going to be labelled. Go ahead. Label away. We are not going anywhere, » she wrote.

« It has been reported by insiders of your government that she was someone ‘who others felt they had trouble trusting’ and has reportedly ‘been in it for herself’ such that « everything is very Jody-centric. »

The B.C. group — headed by Grand Chief Stewart Phillip —  urged Prime Minister Justin Trudeau « to take responsibility for your behaviour and that of your government, » and called into question his commitment to the Crown-Indigenous relationship.

« If you do not condemn these harmful statements and apologize … you not only reaffirm a colonial belief system that Indigenous women are inferior and disposable, but the hypocrisy of your professed feminism and ‘most important relationship’ with Indigenous people will be laid bare for all Canadians to see, » the group’s release concludes.

On Monday, federal Ethics Commissioner Mario Dion launched an investigation into allegations the PMO wanted Wilson-Raybould to direct federal prosecutors to make a « deferred prosecution agreement » (DPA) — a deal akin to a plea bargain — to avoid taking SNC-Lavalin to trial on bribery and fraud charges.

Dion informed the NDP MPs who requested the investigation that there is sufficient cause to proceed with an inquiry.

Yorkton, Sask. men fined, suspended for hunting under the influence

It’s a snow day! All TDSB and TCDSB schools closed in Toronto