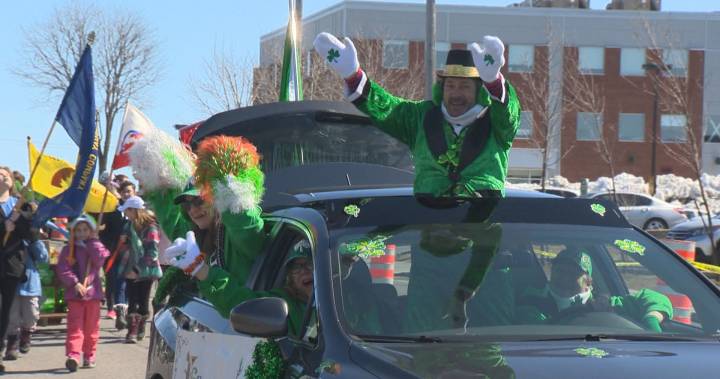 It hasn’t been easy lately for the Chateauguay and Valley Irish Society.

That was right after a fundraising event.  The funds represent about a third of the total cost to run the parade, because not everyone is a volunteer. The bands, for example, have to be paid.

This year’s parade, McGinn says, is special. “We tried really hard to raise enough money to have a really nice size parade this year,” he says, “because it’s our 15th year.”

They were hoping to have 150 floats, 30 more than they usually have.  Now they’re not sure.

“If we don’t get our money back, I’m not sure if we’ll have enough money to have a parade this year,” McGinn said.

Town Mayor Pierre-Paul Routhier says to not have the parade would be a blow to the community, because it’s one of the bigger parades in the town and it brings people together.

The other bit of bad luck for the Irish group struck just before the money went missing.

“Two weeks ago,” McGinn explains, “the building where we house our office was broken into.”

Doors to all the offices in the building were smashed and items stolen.  Luckily McGinn’s group didn’t lose anything too substantial.


READ MORE:
Châteauguay gears up for St. Patrick’s Day with selection of queen and her court (2017)

“A can of 7-Up and some ink cartridges for our printer,” he grins, detailing their losses.

Even so, it’s an inconvenience, because the office has been without a proper door.

But since the money went missing two other things have happened.  The organization has been getting donations via an online fundraising effort and one local business has offered to host an event to raise cash.

“The Boulevard restaurant in Chateauguay since it happened has offered to have a spaghetti supper,” explained society member Shirley Deegan.

McGinn says he’s willing to drop the charges if the money is returned, but he’s not optimistic.

SNC-Lavalin still under investigation from RCMP in Quebec