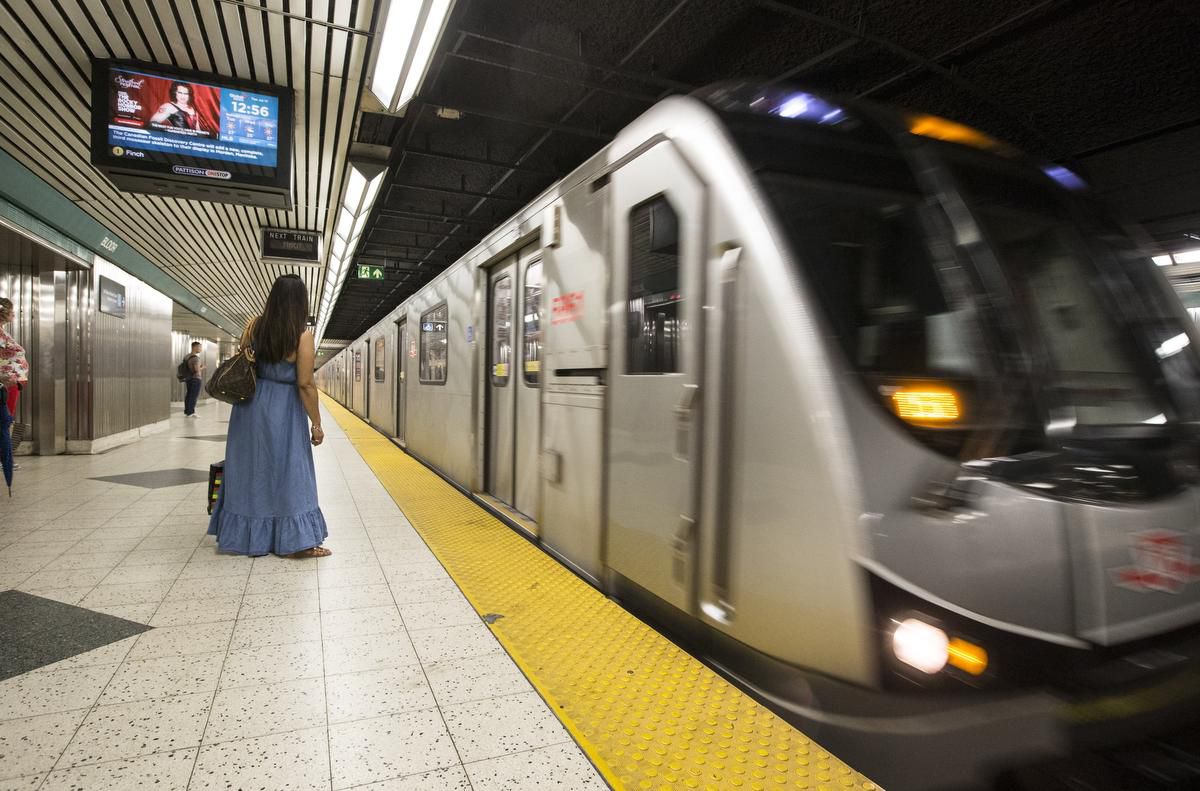 To upload Toronto’s subway, or not to upload it, isn’t really the question.

For the answer is a foregone conclusion: Of course Ontario should do it.

Possessed of big pockets and the big picture, the province has long been better placed to own the TTC’s subway lines. Queen’s Park has the ability to bankroll — and borrow for — big capital projects, unlike Toronto’s restricted cash flow and perennial shortfalls.

The linkages in our interconnected megalopolis require us to expand subway planning beyond a Toronto-centric perspective. With the premier of the day directly accountable for subway expansion, he or she is more likely to fund a future relief line than plead poverty.

Opposition to this week’s move by the Progressive Conservative government — signing a framework with Toronto to figure out costs and benefits — shouldn’t blind us to the reality that it’s not just a PC idea.

A perfectly sensible Liberal proposal. Premier Doug Ford couldn’t have put it any better this week, but he surely tried — promising to “cut through red tape to start new projects and finish construction faster.”

If it was a good idea before — and I’ve long supported it — why isn’t it a good idea now? That’s a better question.

Can the Tories truly be trusted to do it the right way, not merely the right-wing way, to bolster the TTC’s “better way?” Can the party that once downloaded services to offload expenses now be trusted to upload services and own up to the costs?

Can PCs who sold off the Highway 407 toll system, for a song, now save the day? How, exactly, will Ford keep his word?

There’s a reason the Liberals took forever to follow through with an upload, or fulfil past transit promises: cash crunches.

Even when the Liberals found the funding for an ambitious Transit City network — promising LRT expansion tailored to Toronto’s population density — it soon bogged down: Then-premier Dalton McGuinty postponed $4 billion in cash flow when his 2010 budget deficit exploded amid an economic downturn.

Then-mayor Rob Ford, backed by his brother Doug on city council, turned the fully-funded Scarborough LRT upside down by burying it underground — delaying construction and raising Toronto taxes to pay the additional costs. Which takes some of the air out of our current premier’s airy rhetoric about it being time to “speed things up.”

Lest we forget, the Eglinton Crosstown LRT (the trunk line of Transit City) is itself a model for this kind of co-operation, given that the TTC handles operations and the province holds ownership — precisely what is being proposed for the future. Either way, it’s all about the money, of which there’s never enough — not just for future capital spending but present-day operations and maintenance that is past-due.

There’s a reason Wynne’s last Liberal government went out on a limb (and jumped off it) by partially privatizing Hydro One, the much-reviled transmission utility that, in martyrdom, became a crown jewel. The Liberals didn’t do it out of ideology but necessity, convincing themselves that they needed the money for “asset-rotation” — selling off inanimate hydro lines to pay for badly-needed transit lines: copper wires for steel rails.

They sold off Hydro One because they also failed to sell the idea of road tolls to bankroll transit lines. The public wouldn’t buy it.

Where will Ford magically find the money to buy the subway from the city, while funding future maintenance that has piled up? He will surely borrow, but how shall he repay those loans while simultaneously vowing never to raise taxes (forgetting, for a moment, the Scarborough subway tax fobbed off on us by the Ford brothers)?

It’s the right question, but the premier has a dubious answer: The money will materialize out of thin air by selling off air rights to cash-rich property developers building new highrise towers.

Tories who style themselves prudent stewards of public finances have a mystical belief in the magic of no-money-down subway-building, bankrolled by future tax increments or perhaps present-day sell-offs. It’s a big, multi-billion-dollar gamble that not only risks massive shortfalls but massive delays in cobbling together the financing and breaking ground.

On balance, it is a balancing act. The best bet, for Torontonians and all Ontarians, is still for the province (no matter which party is in power) to proceed — with caution.

As for fears that a downtown relief line will be neglected by a government more focussed on the vote-rich suburbs, the opposite is surely true. We are long past the tipping point of subway congestion.

Any member of the PC cabinet who gets out of his or her chauffeured car to ride the rails knows that future subway expansion to the suburbs will be a dead end without a relief line in the big city to clear the way. Better that the provincial Tories learn this for themselves (or hear it from voters) — and be held accountable for it — than endlessly fobbing it off on Toronto city hall.