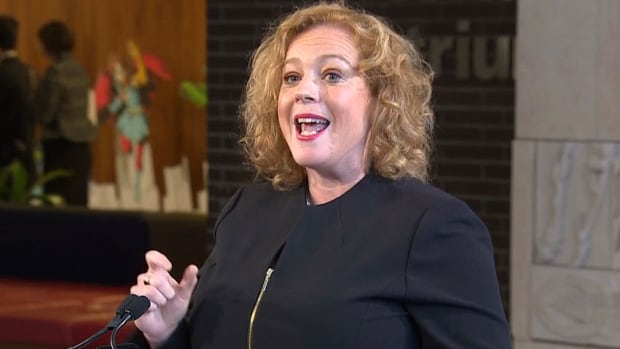 Ontario Premier Doug Ford says he won’t be asking his social services minister to resign after an association of behaviour analysts said she pressured them to support changes to the province’s autism program.

Ford says he hasn’t spoken with Lisa MacLeod about the allegations made by the Ontario Association for Behaviour Analysis but has already ruled out asking her to quit cabinet.

The group says the minister told the association it would be a long four years for them if they did not publicly support the revamped autism program, which they say will leave many children without adequate levels of therapy.

Ford stood by MacLeod when asked about the matter on Thursday.

MacLeod’s office has not denied the group’s allegations and has said its priority is supporting families of children and youth with autism.

The head of province’s largest public sector union, opposition politicians and parents of autistic children are calling on MacLeod to resign over the matter.

« Lisa MacLeod is supposed to be a voice for children and parents at the cabinet table, » Horwath said in a statement. « Instead, she’s threatened them. »

Ontario Public Service Employees Union president Warren (Smokey) Thomas said he was appalled by reports of MacLeod’s actions and called for her to step down.

« I can’t tell you how disappointed I am in Lisa MacLeod, » he said in a statement. « It’s unbelievable she would bully others to pay lip service to Doug Ford’s attack on autistic children. »

MacLeod announced last week that in order to clear a backlog of 23,000 children waiting for publicly funded autism therapy, families will get up to $140,000 to pay for treatment, though funding will be subject to annual caps that families and advocates say will fall far short of what’s needed for intensive therapy.

The funding is dependent on age, rather than individual needs. Families will receive a maximum of $140,000 for a child in treatment from the ages of two to 18, also dependent on family income, but advocates say intensive therapy can cost up to $80,000 per year.