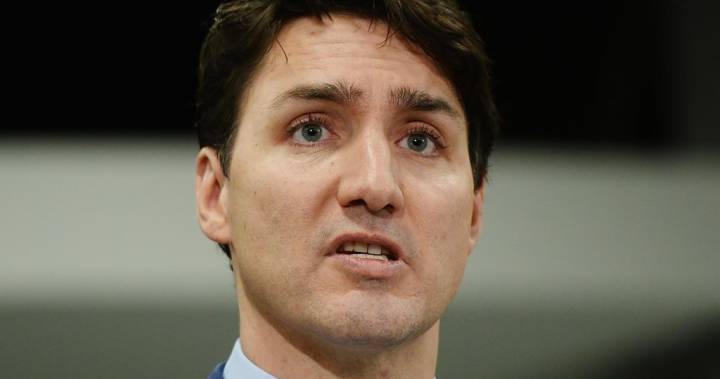 Prime Minister Justin Trudeau has condemned statements in “the strongest possible terms” about outgoing-Veterans Affairs Minister Jody Wilson-Raybould made by his own party.

In a Canadian Press story published Saturday on various websites including Global News, anonymous sources only described as Liberal insiders described Wilson-Raybould as difficult to get along with, “in it for herself” and suggested she leaked the story about SNC-Lavalin herself.

READ THE ARTICLE IN QUESTION: Jody Wilson-Raybould became thorn in Liberals’ side before SNC-Lavalin case

The article came after a bombshell report from the Globe and Mail which alleged the Prime Minister’s Office pressured Wilson-Raybould to interfere in the court case involving Montreal-based engineering firm SNC-Lavalin.

Trudeau has admitted he spoke to Wilson-Raybould about the case but denied allegations of political pressure, saying the “allegations in the Globe story [Thursday] morning are false. Neither the current nor the previous attorney general was ever directed by me, or anyone in my office, to take any decision in this matter.”

The comments were widely condemned as sexist and racist by Indigenous community leaders as well as Wilson-Raybould’s fellow MPs. [we should include a couple examples]

“The comments made about Jody Wilson-Raybould are simply unacceptable, and have no place in our political discourse,” he wrote in an email to Global News.

“There have been many comments published in the media in various reports, about the former attorney general, about Jody Wilson-Raybould, that are absolutely unacceptable,” he said.

“The sexist comments, the racist comments that have been made by anonymous sources are unacceptable and I condemn them in the strongest possible terms.

“That is not what we need to be engaged in, in public discourse in Canada.”

Liberal insiders also told The Canadian Press that Wilson-Raybould was changed to Veterans Affairs minister – which was largely seen as a demotion – because she had become a thorn in the side of the Liberal cabinet.

Trudeau denied that allegation on Friday.

“If Scott Brison had not stepped down from cabinet, Jody Wilson-Raybould would still be Minister of Justice and Attorney General of Canada,” he said.

On Tuesday, the Union of BC Indian Chiefs described the comments as “innuendo,” and said in a statement they were “cowardly, low blows aimed at discrediting the staunch work ethic Minister Wilson-Raybould has maintained.”

“They perpetuate colonial-era, sexist stereotypes that Indigenous women cannot be powerful, forthright and steadfast in positions of power, but rather confrontational, meddling and egotistic. These comments from your staff must be recognized for what they are — blatant sexism.”

Liberal MP Celina Caesar-Chavannes defended Wilson-Raybould saying, “When women speak up and out, they are always going to be labelled.”

1/ Thread. The character assassination our “feminist in chief” has launched on ⁦@Puglaas⁩ in this read is DISGUSTING. Through this we know that women in Trudeaus gender cabinet are measured by their ability to sit back and shut up or spout dogma. https://t.co/RrmCK5e5D9

The super-woke-woman-power Prime Minister is… having his staffers anonymously smear the former Attorney General as a scheming, narcissistic, difficult woman. https://t.co/KdeGUVmvJ6

NDP and Conservatives have asked the House of Commons’ justice committee to look into the allegation that Wilson-Raybould was pressured on an ongoing court case.

The ethics commissioner has also opened an investigation into the matter.

*With files from Amanda Connolly