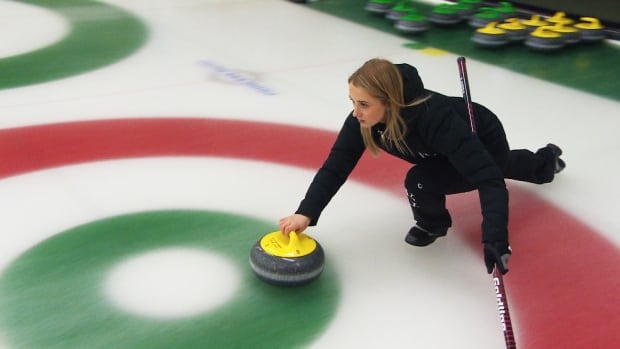 It’s a Thursday afternoon in early February, and inside the Granite Curling Club in Winnipeg, champion curler Jocelyn Peterman is perfecting her craft.

You might expect the pressure to be intense for Peterman heading into the 2019 Scotties Tournament of Hearts in Sydney, N.S., this weekend, as the new second for Team Jennifer Jones — taking over from Jill Officer, who announced last year she would be taking a step back from competitive curling.

But the 25-year old from Red Deer, Alta., says the transition to Jones’s rink was a seamless one, and Officer — who will still be a part of the squad at the Scotties this year as the team’s alternate —has been especially supportive.

The stakes are high — the winner returns as Team Canada at the Scotties next year, and also moves on to represent Canada at the women’s world curling championships in Denmark next month.

« We’re just practising quite a bit and training in the gym, » said Peterman. « Mostly practising and taking some time to recover so that we’re healthy and feeling good heading into next week. »

Newest member of Team Jennifer Jones tell us what it takes to be a world class second. 1:54

Peterman knows what it takes to win a national championship.  She was the second with Alberta’s Team Chelsea Carey when they won the Scotties in 2016.

Knowing the weight of throwing rocks is just as important, the Alberta native says.

« We throw a mix of shots, so light-touch weight shots and some big heavyweight takeouts as well. A little bit of both with the shots. »

At this practice, Peterman and teammate Lawes are taking turns throwing rocks and sweeping together.

There are also moments in the two-hour practice for the teammates to work on their own on separate sheets. 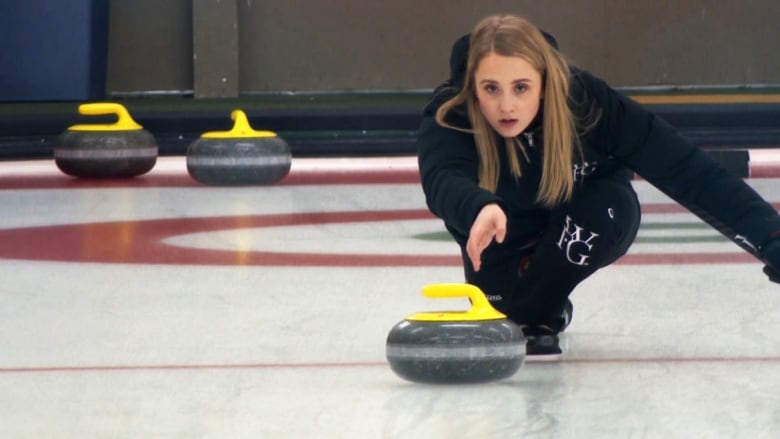 Peterman hopes to add another Scotties crown to her long list of curling titles, and says she would love to do it with her new teammates. (Tyson Koschik/CBC)

Peterman was skip throughout most of her junior career. This will be her fifth season playing team second, and she says she enjoys the combination of skills needed in the role.

« I do like that it’s a combination of shots and I do like that you get a good mix of sweeping in there as well. And when you’re needed you can contribute to the strategy as well. »

From competitor to teammate

Peterman says she was approached early last year by her new teammates to take over from Officer.

The decision to join the Olympic gold medal-winning squad was an easy one, Peterman says.

« The girls are all so good and so accomplished in the sport. I was honoured to be asked to be a part of their team and to be in such good company. »

She says she’s excited for the opportunity to play with one of the world’s best teams — and one she’d previously faced as a competitor.

« I’ve competed against them for a long time. But I didn’t know them too well on a personal level, » Peterman said. 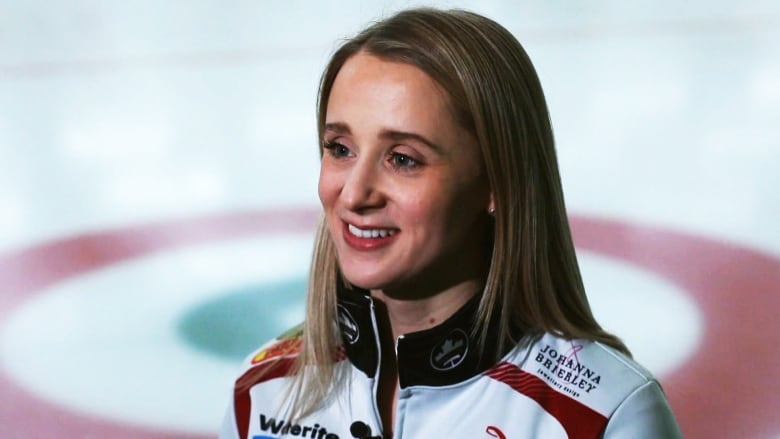 Peterman says the Jennifer Jones rink has formed a strong bond ahead of the Scotties. ‘I’ve competed against them for a long time. But I didn’t know them too well on a personal level’ before joining the team, she says. (Tyson Koschik/CBC)

« I just knew that they were so accomplished and such good curlers. I didn’t know them well, but it’s been nice getting to know them this season. »

Peterman feels a strong bond has formed between the rink during the very busy curling season that began last fall, and included a win earlier this month at the TSN All-Star Curling Skins game in Banff.

The second says she would like to add another Scotties crown to her long list of curling titles, and she would love to do it with her new teammates.