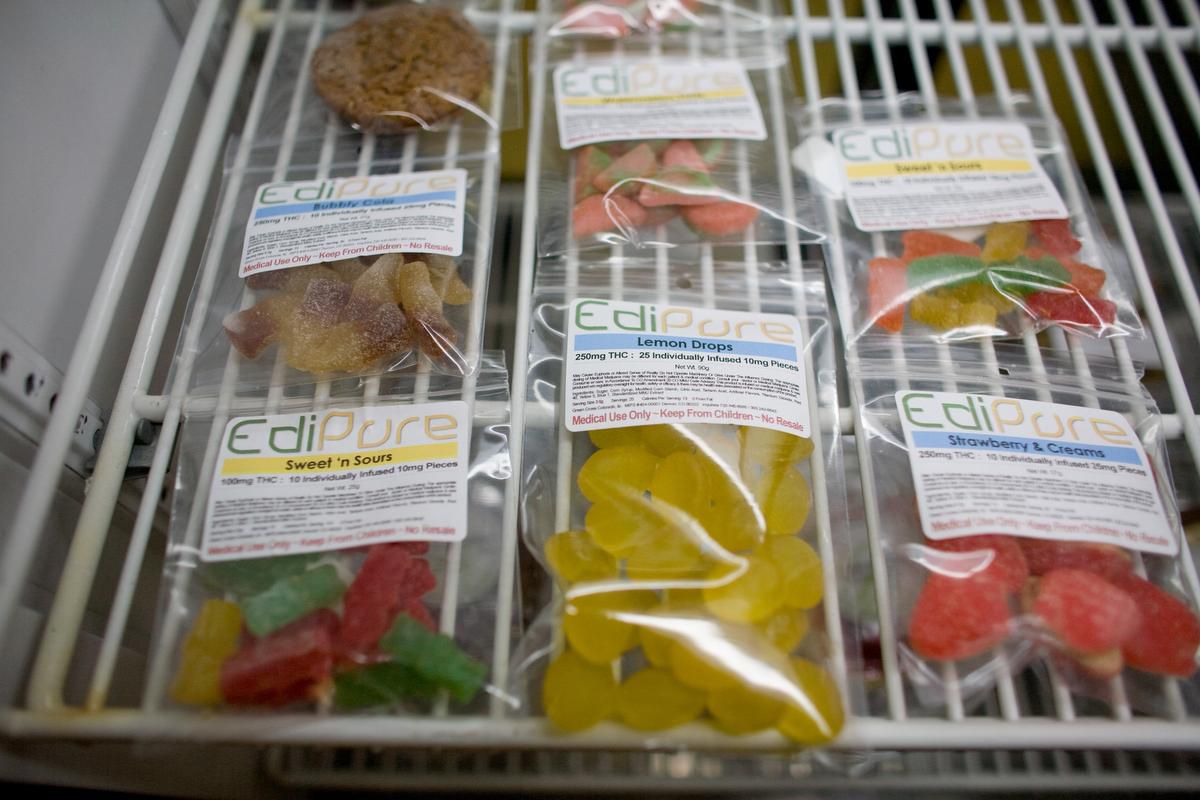 Cannabis products made in shapes that appeal to children — such as gummy bears or lollipops — should be banned when the sale of edibles becomes legal later this year, Toronto’s medical officer of health says.

The city’s board of health should also urge the federal government to ban cannabis vaping liquids that are offered in “youth-friendly” flavours that mimic candy or soft drinks, Dr. Eileen de Villa said Friday.

“One of the major objectives of the legislation is to actually protect health and, in particular, to protect youth from the potential harmful effects associated with cannabis,” de Villa said.

“We feel the best thing to do in terms of protecting youth, is to avoid having these edible products in a gummy bear, lollipop or other shapes that might be appealing to youth.”

De Villa added that there’s a need for clearly defined labelling, which includes both dosing information and warnings about the risks of combining cannabis edibles with alcohol or highly caffeinated drinks.

Consultations on those amendments are set to end next week.

Villa also supports on how much THC — the primary active component of cannabis — is available in one-time-use vaping devices, and would like them to include a mechanism that limits the maximum quantity inhaled in a single puff.

“The federal regulations already have quite a bit in this regard,” she said.

Industry consultant Mitchell Osak commended Toronto Public Health for what he deemed a list of prudent suggestions ahead of the products becoming legal.

“The recommendations are consistent with the federal government’s objective around safe and responsible usage and protection of youth,” said Osak, a managing director of business consulting and technology services at Grant Thornton LLP, who advises companies in the Canadian cannabis industry including licensed producers, investors and governments.

Despite their illegal status, edible cannabis products are currently being sold at stores throughout Toronto.

A spokesperson for one dispensary visited by the Star this week said its customers are being given “childproof” bags to prevent youngsters from accidentally eating cannabis products that come in the form of a candy or a cookie.

That doesn’t go far enough, says Osak, who believes that restricting the colour and design of the products is the right approach.

During a visit to a Cannabis and Fine Edibles (C.A.F.E.) location on Harbord St. this week, the Star observed a wide array of edibles ranging in potency from 55 to 300 milligrams of THC.

All of them exceeded the government’s proposed limit of 10 milligrams, which Osak described as “a little too cautious.” He’s concerned that such low levels of THC will push customers towards the black market.

Information labels on products sold at C.A.F.E caution users to start with a small portion in order to determine one’s tolerance level.

C.A.F.E. spokesperson David Thompson said “childproof” bags and information on packaging are some of the ways the underground cannabis retailer — which has several locations across the city — is trying to improve safety for customers.

“We make sure to try to place our edible dosing guidelines on each and every package that leaves the store,” Thompson said, adding, “We believe Health Canada’s position to begin at ultralow dose concentrations is warranted.”

He said C.A.F.E. is advising edible producers to read the regulations that are being discussed and to begin implementing the recommendations.

“Health Canada has to be a beacon and a responsible steward to affect change over time,” he said. “We do not see any of this as a problem.”