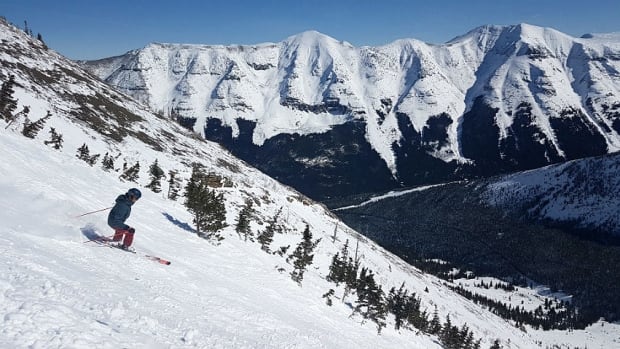 Two people were caught in an in-bounds avalanche at Castle Mountain Resort in southwestern Alberta on Friday.

It happened near the top station of the Tamarack (Red) chairlift.

Officials say one person was fully buried and another partially buried. Both were rescued by ski patrollers.

« EMS was activated as the situation unfolded and both patients were found to be uninjured after an initial assessment, » read a statement from Castle Mountain Resort.

« This avalanche did not damage any Castle Mountain Resort infrastructure (including lifts). »

The avalanche danger rating for that area was « high » at the alpine and treeline levels and « considerable » below the treeline, where it is expected to remain throughout the Family Day long weekend.

Those heading into the backcountry to enjoy the Family Day long weekend need to check the avalanche conditions before venturing out, safety experts warn.

Up to 20 centimetres of snow is forecasted in some areas, and Avalanche Canada expects the danger level to rise in parts of B.C. and some southern sections of the Rockies.

« If there’s a significant snowfall, there’ll be a rapid rise in the risk, » he said.

Parks Canada visitor safety specialist Stephen Holeczi says the Banff area may not receive the heaviest snowfall in the mountains this weekend, but he adds that visitors should still stay sharp in avalanche terrain.

« I think if I was personally going up in the backcountry, I’m thinking about, when I get up into those higher elevations, I’m going to be looking for those new wind slab formations, because I think that’s probably what’s changing with the new snow that we’re about to receive here, » he said.