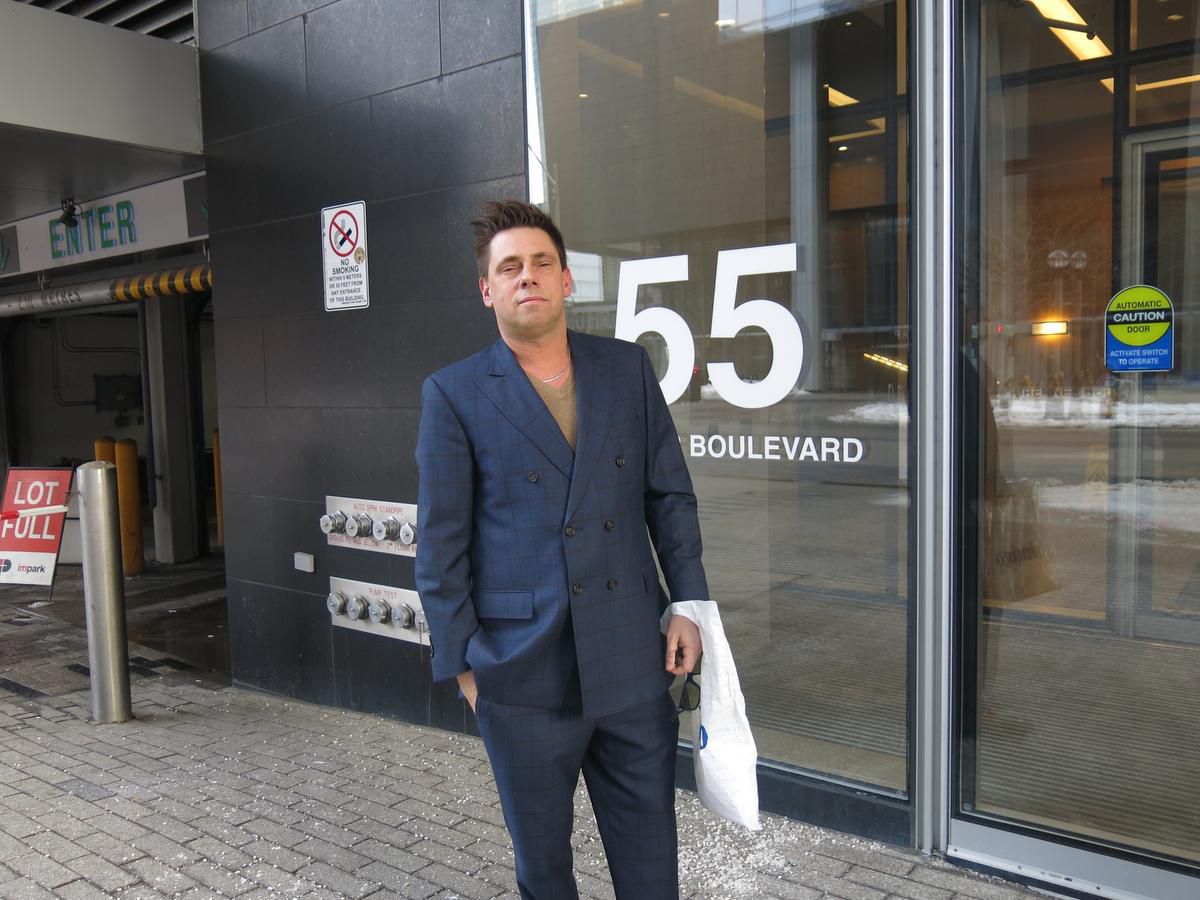 A video of a woman throwing a chair off a downtown highrise balcony sparked immediate anger and outrage, but long-term residents of the building where it happened say such a display of recklessness is rare and has little or nothing to do with the proliferation of short-term rentals in the area.

Kevin Gaston moved into his one-bedroom condo at Maple Leaf Square nearly 10 years ago, and he remembers his neighbours then being mostly owners or long-term tenants.

Today, he says a number of units in the two towers at the corner of Bremner Blvd. and York St. have been turned into short-term rentals. There is also a large number of young students who save on housing costs by sharing condos, he says.

So when he saw the viral video, Gaston assumed it was “one of those scenarios, like a drunk teenager throwing a chair off the balcony. Crazier things have happened.”

Over the years, the behaviour of short-term renters has raised concerns in Toronto, but most residents at Maple Leaf Square were indifferent or expressed only mild concern over it.

The woman alleged to have thrown the chair, Marcella Zoia, turned herself in last week. She was charged in the incident and released on $2,000 bail, and will return to court next month. Her lawyer said she acted under “peer pressure.”

Police said they were looking into whether the unit where the “reckless” incident took place was a short-term rental. Airbnb said there was no evidence the woman used its platform, but confirmed it had suspended the account of a guest at the building as the service reviews the incident, and it is co-operating with police.

The apparent proliferation of short-term rentals at the twin towers near Scotiabank Arena has never been a cause of concern for Gaston. He said he doesn’t feel unsafe and has never been disturbed by noise from nearby units.

“If anything, it’s funny, because I just feel like a tour guide sometimes,” he said about the many confused people who ask for directions to navigate the path between two towers, get to the Longo’s or LCBO downstairs, or find the best place to eat nearby.

“The only thing is, I have seen more people using the swimming pool, because they’re on vacation and in Airbnb, so it gets crowded. Other than that, I’ve had no complaint, no problem at all.”

He’s not alone. On Thursday, the Star spent four hours in the condo’s lobby and at the two main entrances, speaking to residents and observing as individuals and small groups of people entered and exited, some with suitcases. About a dozen people, including a couple who said they had just landed from Paris, said they were staying in Airbnb units.

Dozens of residents who spoke to the Star said they know a large number of units in their building are used as Airbnb rentals. But they said disturbing incidents are rare and that people staying in short-term rentals are generally polite.

“Honestly, it doesn’t bother me,” said Stella Cabrera, who has lived at the building for nearly a year. Two units next to hers are used by short-term renters. She said she understands the convenience of Airbnb in the area, which lies near entertainment venues. Nearby hotels are expensive.

She said people can do irresponsible things even if they own the places they live in.

“That girl would probably have done the same if she was at another place that is not Airbnb,” she said about the chair-throwing incident.

Christina Wang said a unit across from hers is rented on Airbnb, and sometimes people leave the door open and noise spills out. She said some short-term renters don’t take care of things they don’t own, such as the chair in the video.

“It’s a case-by-case, I guess, but generally people who do Airbnb are nice,” she said. “I don’t think it’s that big of a deal in terms of living conditions.”

Ivonne Flores, a recent graduate and a resident of Maple Leaf Square for the past two years, sometimes feels “uncomfortable” seeing strangers strolling in the building, which happens especially on weekends. Apart from the drinking and partying that tend to happen in Airbnb rentals, major incidents of concern are few, she said.

“That chair thing was the first, and it was surprising that everyone was making such a big deal about it,” she said.

Alex Wong, who has lived at the condo for the past five years, said the building has security guards who usually ask people for their names if they don’t have keys, and there’s a computer screen at the reception on the 9th floor where those staying in Airbnbs are supposed to log in.

“I’ve seen some bad ones, like people leaving pizza boxes in a hallway. But I’ve heard worse from other buildings. I think we’re OK here,” said

The chair-throwing incident did “freak” him out though, he added.

“That’s a crazy thing to happen, but Airbnb-ers don’t usually do that. Now I basically hug the wall when I walk home, just in case,” he said.

Fairbnb, a coalition that advocates for stricter regulation of short-term rentals, has repeatedly raised concerns about the safety of residents in highrises with large numbers of Airbnb units.

Speaking to the Star after the chair-throwing incident, Fairbnb spokesperson Thorben Wieditz said there have been incidents of short-term renters vomiting in swimming pools, leaving garbage in the hallways and stairs, and making life miserable for residents by partying and making noise.

At Maple Leaf Square, an office administrator confirmed to the Star there are units in the building that are used as Airbnb rentals. But property manager Lubko Belej declined to offer any further details, saying “police told us not to comment.”

“Right now, we’re working very hard with the police on this, and trying to keep our profile as low as possible, as you can imagine.”