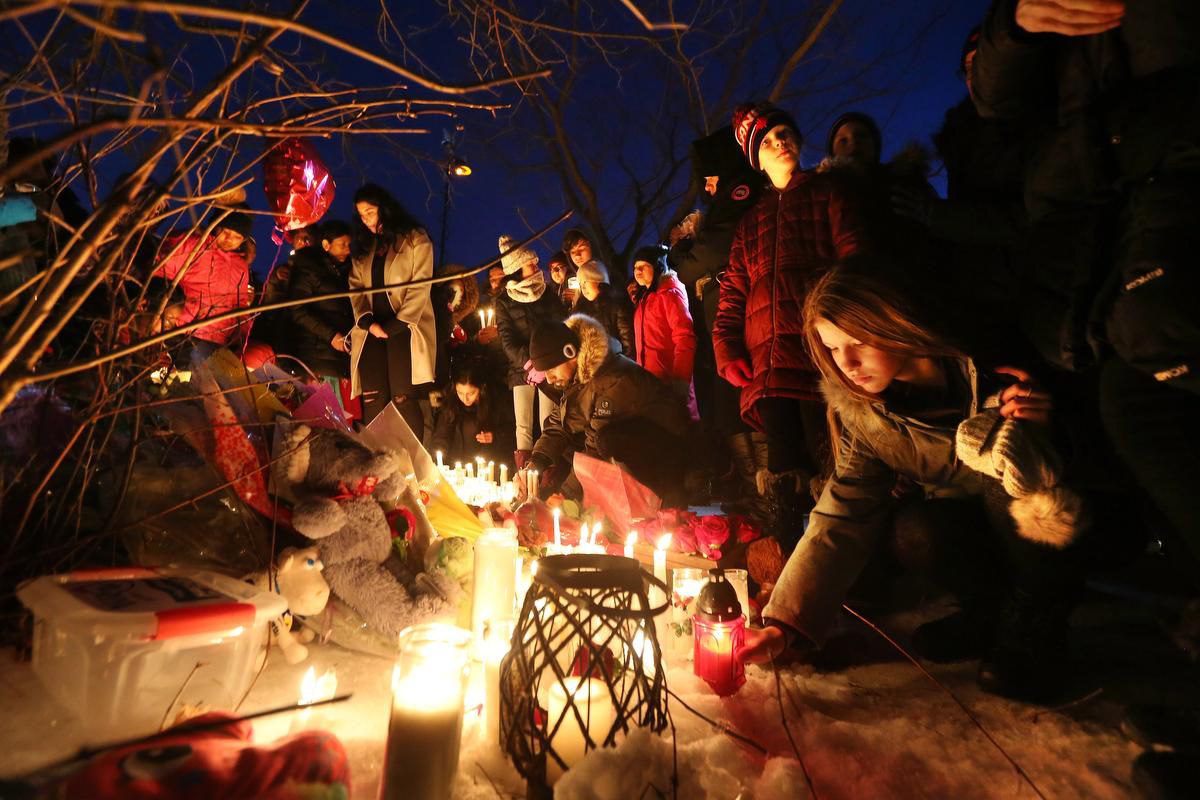 They had gathered on this cold evening to pay respects to Riya Rajkumar, the 11-year-old Mississauga girl who was found dead Thursday at her father’s residence in Brampton. Police had issued a late-night Amber Alert when he failed to return Riya to her mother after the two celebrated the girl’s birthday earlier in the day.

“It’s so sad and tragic. She just turned 11. It was her birthday,” said Debra Oliver, who was among more than 300 people attending the candlelight vigil at Riya’s Mississauga school, where she was a Grade 5 student.

“She was so young. She had not even lived her life,” said Oliver, who, like many attendees on Saturday, had never met Riya.

The girl’s father, Roopesh Rajkumar, 41, has been charged with first-degree murder. Police said he was taken to hospital and later a trauma centre, suffering from an undisclosed medical issue. His case will be “looked at” by a judge on Tuesday, regardless of his condition.

Vigil organizer Amrita Naipaul said she was aware of a missing child from the Amber Alert Thursday evening, but didn’t realize until later that the victim was her former school friend’s daughter.

“I have my two nieces living with me and I can’t imagine having them taken away from my family,” said Naipaul, who went to cosmetology school with Riya’s mother and got her permission to organize the two-hour vigil that started at 6 p.m.

“It is going to be a very long journey for Riya’s mother. We just want to give her all the support she needs so she knows she is not alone.”

Among the mourners who crowded the playground and laid flowers and candles were parents and children from Meadowvale Village P.S., near Mavis and Derry Rds., which has just over 500 pupils from kindergarten to Grade 5.

“We all got a newsletter from the school Friday morning about the incident. My daughter was shocked and didn’t want to eat,” said Angela Lee, a member of the school’s parents council. Like Riya, her daughter Kaitlyn is in Grade 5.

“There were police in the school. There were counsellors. The girls were crying. They all made cards and put them on a memorial table for her,” added Lee, waiting for her turn to lay a candle in front of a placard printed with the photo of a smiling Riya.

“The community is traumatized,” said parent Sushma Aradhya, who came to the vigil with husband Uday and their daughter Sanskriti, a classmate of Riya. “As parents, we don’t know how to explain it to our kids.”

Bianca Johnson, who teaches at a different school, said she was saddened by the little girl’s death and felt angry at those who complained to police about being disturbed by the Amber Alert notifications sent to mobile devices on Thursday night.

“That was driving me crazy,” she said. “I teach social justice and tell my students to care about other people, but some people are selfish and self-centred. It’s mind-boggling.”

Imam Ibrahim Hussain, who didn’t know Riya or her family, said the girl’s death had brought together a community from all faiths, ethnicities and cultures.

“Riya is an angel. She has brought out our humanity, love and compassion,” Hussain said.

Another vigil, organized by Brampton Councillor Rowena Santos, will be held in Brampton’s Garden Square on Tuesday evening from 5:45 p.m until 7 p.m.

A community program called Neighbourhood Watch Brampton has also started an online fundraiser to go toward Riya’s funeral costs. The original goal was $2,500, but by Saturday evening it had raised nearly $25,000.

Brampton court records show that Roopesh Rajkumar entered into a peace bond on Nov. 30, 2015 — the same day an assault charge against him was withdrawn.

According to the Department of Justice website, people can obtain peace bonds from court against defendants when someone appears likely to commit an offence “but there are no reasonable grounds to believe that an offence has actually been committed.”

A court may impose certain conditions designed to prevent the defendant from harming others, as part of a peace bond.

In 2009, a mischief charge and an assault charge against Rajkumar were also dismissed.

With files from Emerald Bensadoun, May Warren, Alexandra Jones and the Brampton Guardian

‘You can smell crude in the air’: Train carrying oil derails near western Manitoba village