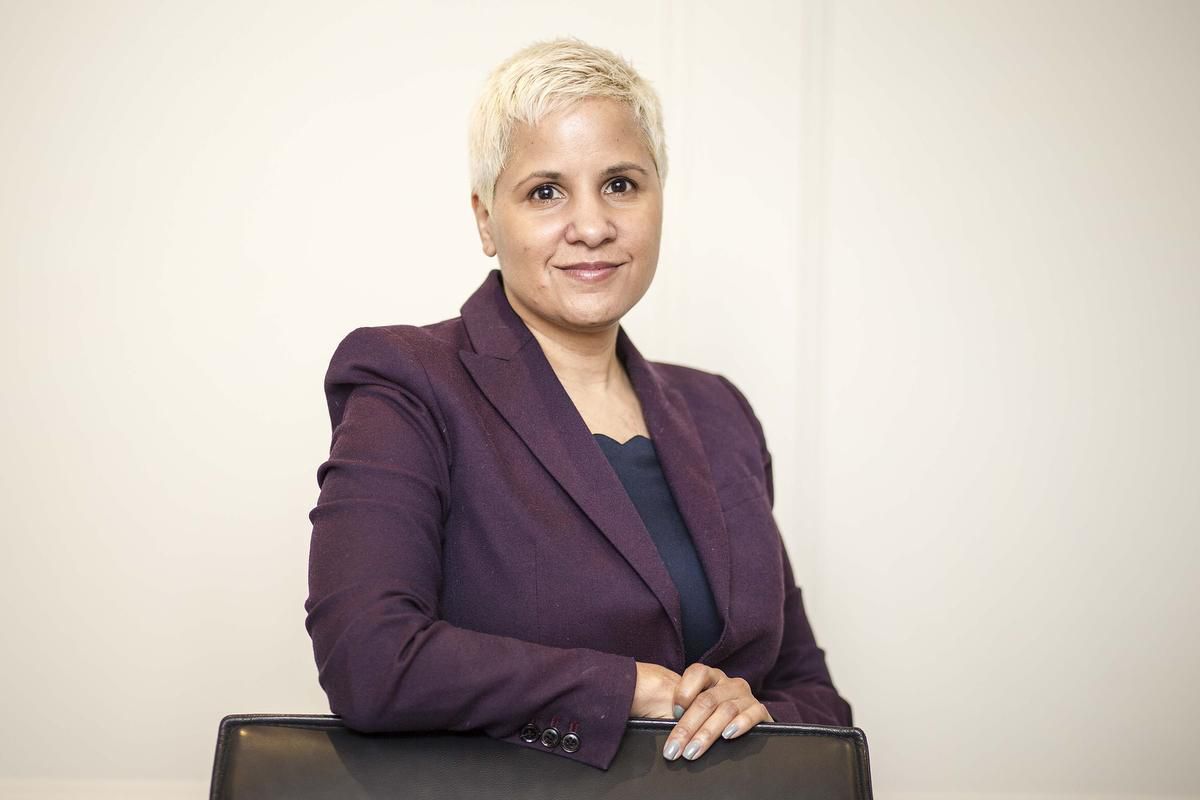 During the early years of her career, Lori Anne Thomas would sit near the front of the courtroom, only to be told to move by court staff as the area was reserved for lawyers.

Except she is one.

“I’ve heard more than enough times, ‘You don’t look like a lawyer.’ I know exactly what that means, which is that I’m not a tall, white man,” said Thomas, a Toronto lawyer who specializes in criminal law and who recently became president of the Canadian Association of Black Lawyers.

“It hits at you and just on top of dealing with everything else, being a recent call (to the bar), trying to figure out how to do everything and navigate the legal community and also build a practice, to then also have that obstacle of being constantly reminded that you’re kind of not expected to be here.”

Thomas’s story is one shared by other female lawyers and lawyers of colour, some of whom have been mistaken in courtrooms and other legal settings for assistants, interpreters and even an accused person.

Toronto criminal defence lawyer Janani Shanmuganathan said she’s been mistaken several times for a Tamil interpreter at the Scarborough courthouse, where staff or a Crown attorney will approach her in the hallway telling her she’s needed in a courtroom.

Other times, staff will approach her in the courtroom, even though she’s seated in the reserved area for lawyers.

“I don’t think people are saying that to be mean or in a negative way, but I think the gut reaction for people is that I don’t fit the stereotype of who they think a lawyer should be,” she said.

“It’s very frustrating and sad. I’m a child of immigrants. I’m the first lawyer in my family. I worked really hard to get to where I am. It’s unfortunate that I have to constantly be demanding my space and the right to be recognized for the lawyer that I am. It’s disheartening.”

According to the Law Society of Ontario, which regulates the legal profession in the province, about 43 per cent of lawyers are women. And the final report released in 2016 from the law society’s Challenges Faced by Racialized Licensees Working Group noted that the proportion of racialized lawyers in Ontario had doubled between 2001 and 2014, from 9 per cent to 18 per cent.

Ottawa lawyer Erin Durant, who specializes in civil litigation, said she’s become increasingly annoyed as the years go by, having been mistaken for a court reporter or an assistant.

“It’s tough. What I would like to say, especially if it’s an older male lawyer, is: ‘No, are you an assistant?’ But I haven’t grown the guts to say that yet,” she said. “I think it’s more of a societal change and letting the public know that not only are there female lawyers, but we’re actually pretty close to being the majority.”

Toronto lawyer Raj Anand, who co-chaired the law society’s working group, told the Star that the issue of unconscious bias, and people assuming who are lawyers and who aren’t, was something heard “loud and clear” during his group’s study.

“I think it’s part of a culture change,” he said. “One would hope that both court offices and judges would clearly recognize that we’re dealing with a changing demographic, and more than half of students graduating from law school are women, and something like 25 to 30 per cent are racialized in Ontario. That obviously plays a role in who appears in court.”

He said education and greater awareness for the judiciary and court staff could be helpful — something that his group recommended be done for lawyers.

Thomas said it’s a systemic issue, highlighting that the court staff in Brampton who told her she couldn’t sit in the lawyers’ area in the courtroom were also people of colour.

“It’s not just this perception of white or non-racialized individuals,” she said. “It is a systemic belief that is ingrained in all of us that people in certain positions look a certain way.”

The Ministry of the Attorney General, which is responsible for staffing and operating the courts, takes this issue “very seriously,” said spokesperson Brian Gray.

Staff and managers receive training on a number of topics, including “bias awareness, unconscious bias, diversity dialogues and anti-racism,” he said.

Lawyer Trevin David said he can’t even count the number of times he’s been confused for a Tamil interpreter at the Scarborough courthouse. He also recalls an incident at a Toronto courthouse where a Crown attorney confused him for an accused criminal.

“I was in the Crown’s office waiting to speak to somebody else and the Crown attorney runs in and starts yelling at me about how I’m late, and I said, ‘What are you talking about?’ And it becomes very clear that he thought I was a self-represented accused person,” David said. “And he didn’t apologize. He just said he was really busy.”

David said it takes a few moments to process what is going on in such exchanges, and sometimes the conversation is over by the time he’s ready to react.

“Even when you’re confused with being the interpreter, you’re still ultimately there for your client, so sometimes it might not be in your client’s best interests to get really angry, even though that’s what your initial reaction is. Sometimes you have to bite the bullet and laugh it off,” he said.

“It’s not that these are just other random members of the public. These are people that work in the courts every day. These are Crowns and clerks. If they can’t imagine that you’re a lawyer, what larger story does that tell?”

Missionaries land safely in Calgary after fleeing unrest in Haiti

‘I feel like I’ve been deserted:’ B.C. woman trapped in Haiti says Canada not doing enough to help – BC