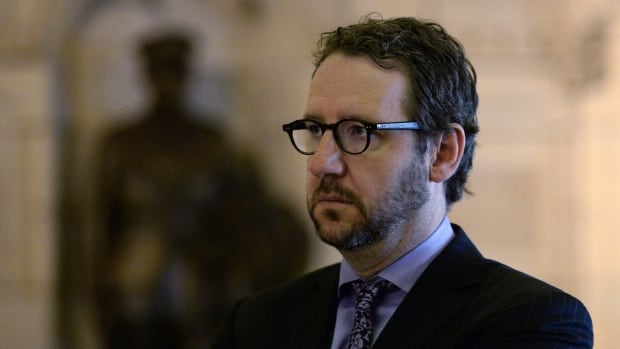 A day after the bombshell departure of Prime Minister Justin Trudeau’s closest adviser, the SNC-Lavalin affair shows no sign of abating as the opposition parties cast his resignation as a sign there may be more to the scandal than initially thought.

The House of Commons justice committee will reconvene today to continue its study of a report that senior members of the Prime Minister’s Office pressured former justice minister Jody Wilson-Raybould to help Quebec-based multinational engineering firm SNC-Lavalin avoid criminal prosecution on bribery and fraud charges in relation to contracts in Libya.

Gerald Butts, Trudeau’s principal secretary and right-hand man, resigned Monday stating definitively that neither he or anyone else in the PMO pressured Wilson-Raybould to direct the Public Prosecution Service of Canada to sign a deferred prosecution agreement (DPA) — a legal tool resembling a plea deal — with SNC-Lavalin.

« At all times, I and those around me acted with integrity and a singular focus on the best interests of all Canadians, » Butts said Monday.

Rather than wipe the slate clean, Conservative Leader Andrew Scheer said Butts’ departure « does not in any way settle this matter. In fact, it presents even more questions that must be answered. »

Scheer said the staff changeover is a sign the prime minister is « desperate to keep the truth hidden. »

« Conservatives on the justice committee will continue to demand a thorough and public investigation, and all other options remain on the table, » Scheer said.

« For Gerry Butts to resign shows how much damage [the scandal] has done inside the Prime Minister’s Office … If Mr. Butts is willing to take a jump for the prime minister, at this point, it shows that they’re in free fall and total damage control, » Angus said in an interview with CBC News Network’s Power & Politics.

« The best thing the prime minister could do to restore public confidence is come into the House and agree to an independent inquiry … or else these questions are going to continue. »

The prime minister has denied any wrongdoing. He has said he told Wilson-Raybould last fall that any decisions on matters involving the director of public prosecutions were hers alone.

The Liberal and opposition members of the justice committee are expected to squabble today over who should be called to testify at the committee and just how wide-reaching the parliamentary probe should be.

At the top of the opposition witness wish list is Butts himself, but also Wilson-Raybould, who resigned from cabinet last week after the Globe and Mail published its initial report.

Wilson-Raybould had been demoted from the high-profile justice portfolio to the Veterans Affairs ministry in January.

Wilson-Raybould has stayed silent, claiming solicitor-client privilege — as attorney general, she was the government’s top lawyer — prevents her from speaking publicly.

She has taken the highly unusual step of retaining Thomas Cromwell, a recently retired Supreme Court justice, as her legal counsel as the scandal enters a new phase.

While the Liberal-controlled justice committee has agreed to study the matter, Liberal MPs defeated an NDP motion that would have compelled Butts and Wilson-Raybould to appear.

Following normal parliamentary procedure with respect to committee planning, members will discuss who they will call to the committee and define the scope of its investigation in private. The opposition parties had demanded these proceedings be held in public, whereas Liberals successfully pushed for closed-door discussions.

The parliamentary probe itself is expected to be televised.

Opposition members have pointed to one line of Butts’ resignation statement in particular as an indication that there might be more developments to come.

Butts said, « My reputation is my responsibility and that is for me to defend. It is in the best interests of the office and its important work for me to step away. »

Not satisfied with a committee study alone, NDP Leader Jagmeet Singh is calling for a public inquiry into the government’s handling — and allegations of political interference — of the SNC-Lavalin affair.

Singh is demanding Trudeau waive solicitor-client privilege to allow his former justice minister to speak freely. Trudeau has said the privilege question is complicated and he is awaiting advice from current Attorney General David Lametti on what he can say in public. He has also said some of the government’s handling of the case is protected by cabinet confidentiality.

Speaking to reporters in B.C. a week out from the Burnaby South byelection in which he is running, Singh said intransigence by Liberal members of the justice committee demands another forum for investigation.

He said a public inquiry is the best way to « get to the bottom of what’s happened. »

« The scandal cuts to the heart of our democracy, » Singh said. « Canadians deserve a government that works for them, not a powerful multinational corporation that has deep ties to the Liberal Party. »

In addition to the committee study, federal Ethics Commissioner Mario Dion is examining the prime minister personally for any potential ethics code violations.

​In a tweet Monday, Trudeau said Butts served Canada with « integrity, sage advice and devotion. » He thanked the former staffer for his service and « continued friendship. »

In addition to the political partnership, the prime minister is close friends with Butts — a relationship that dates back to their time as students at McGill University in Montreal where they were members of the campus debating club.

Butts then made the leap to federal politics and helped chart Trudeau’s political future as leader of the Liberal Party and later prime minister. 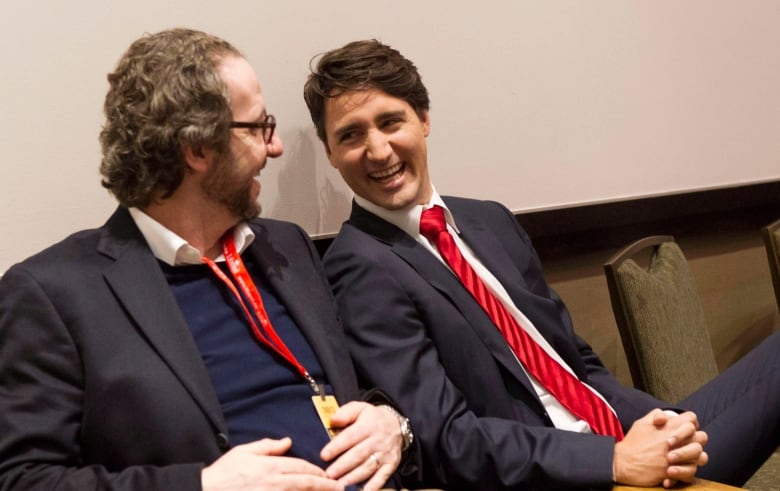 Praised by his allies as a brilliant mind, and vilified by foes as the political puppet master behind the prime minister, Butts said Monday he is proud of his time as Trudeau’s top adviser.

As convoy claims unity, some truckers experience fear and loathing on the yellow vest road