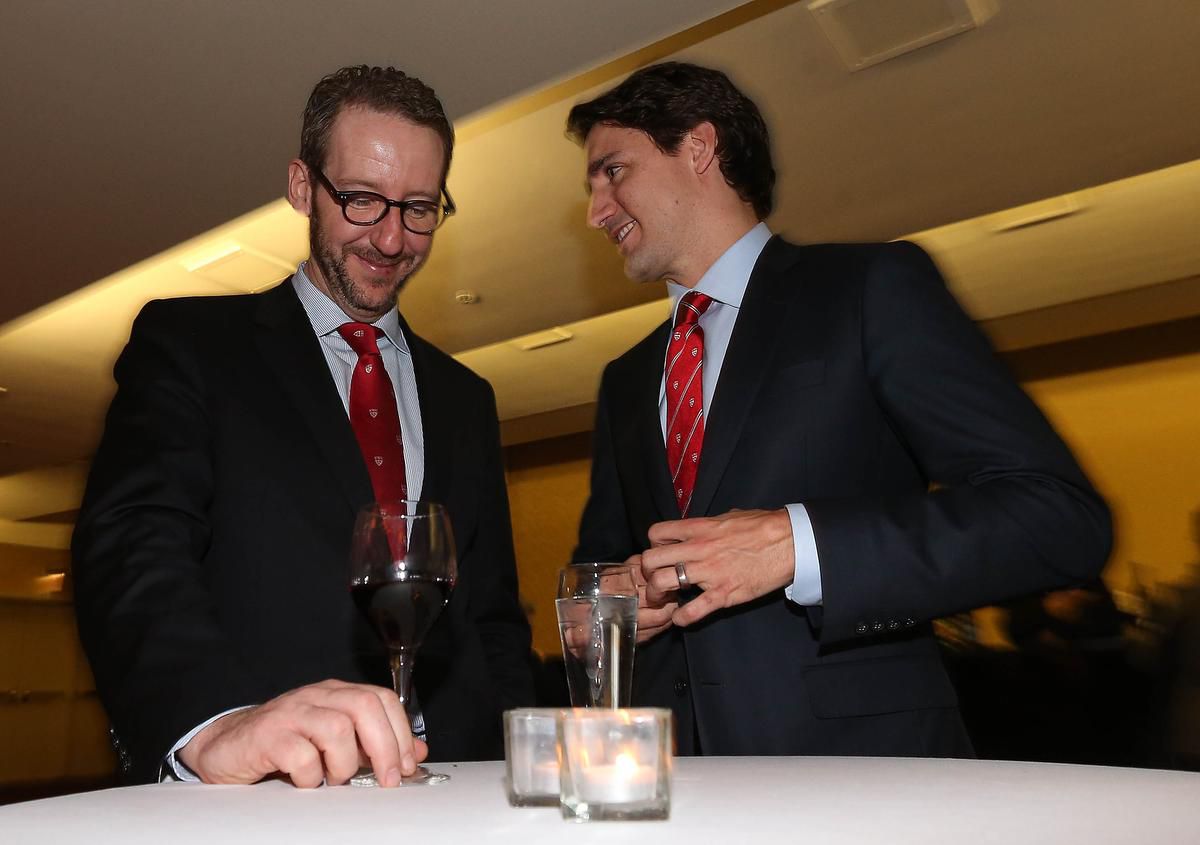 In a past political life, working for a long-ago premier of Ontario, Gerald Butts helped usher in a new provincial holiday called Family Day.

Little did Butts know that he’d be marking Family Day in 2019 stepping down from a job at the very top of a government led by his old university friend, Justin Trudeau.

Many people step down from political life to spend more time with their families, but this professional parting of the ways between Butts and Trudeau will be as tumultuous as a family breakup — not just in the lives of this duo, but for the government as a whole.

It’s a question that has come up periodically throughout Trudeau’s rise to power and the past three and a half years of Liberal governance: could Trudeau exist without Butts at his side?

The short answer is yes, of course: life and government does go on, as Butts himself said in the no one is indispensable part of his public statement Monday. Note too that Katie Telford, chief of staff to Trudeau, remains in the PMO and while her personal history with Trudeau is shorter and less high-profile, the tight, inner circle around the PM hasn’t totally left the building.

Butts travelled with Trudeau; he sat in caucus and cabinet (along with Telford.) He spoke for the prime minister, on Twitter and social media, and on deep background to reporters. When Trudeau dined with foreign leaders, Butts and Telford were often at the same table. When cabinet ministers or MPs requested a private meeting with the PM, they could usually count on the presence of Butts or Telford in the room if the request was granted — and that’s if they weren’t just told to meet with Butts instead.

This dynamic, incidentally, could be crucial to the ongoing questions about what led to the demotion and departure of Jody Wilson-Raybould from cabinet, which precipitated Butts’ resignation. She spoke to Butts on a number of occasions before the now-infamous January cabinet shuffle; Butts was at Trudeau’s side in the conversations the ex-minister held with the PM before she quit her new job as veterans’ affairs minister. That’s how things worked in this government.

That’s how things worked with Trudeau. He and Butts met at McGill University when they were both studying English literature and on the debating team. Their friendship endured after university, even as Trudeau moved to B.C. to teach and Butts went on to work in politics — first, briefly, as an aide in the Jean Chretien years, and then on to Queen’s Park, to serve as senior adviser to premier Dalton McGuinty.

It’s there that Butts met Telford, then a chief adviser to then education minister Gerard Kennedy. Trudeau surprised some people by supporting Kennedy in the 2006 federal Liberal leadership — not the people who knew of his friendship to Butts, and through him, then to Telford.

By 2012, when he was working at the head of the World Wildlife Fund in Canada, Butts was helping his friend get into the Liberal leadership race and amassing the team around him. Butts has a huge network of friends in politics. One of his early mentors was James Coutts, the man who served as principal secretary to Trudeau’s father, Pierre Trudeau. Just a few months ago, Butts was one of the keynote speakers at an event to donate Coutts’ diaries to Trinity College at the University of Toronto.

Traditionalists in the Liberal party — indeed in Canadian politics — often balked at Butts’ large public profile while serving with Trudeau. While the prime minister himself grew more cautious in public life, speaking increasingly through careful statements and behind talking points, Butts was very much a personality on social media, sparring with critics of the government, often impolitically.

Two speculative conclusions arose: either Butts was saying what the PM couldn’t, or worse, that Butts was the real voice behind the power at the centre. Neither is likely correct: it’s probably more accurate to say that the two spoke — and thought — in tandem.

Back in 2013, in those early days while Trudeau was running for the Liberal leadership, we sat down for a long interview for an ebook I was writing for the Star. I asked Trudeau to talk about his inner circle of advisers and his relationship to each of them. Here’s what he said to me about Butts:

“Thinking objectively about Gerry is like thinking about myself and that’s a really challenging thing to try and figure out. We bounce off each other really well,” Trudeau said.

Now Trudeau speaks alone, at least for his government. It’s not entirely clear how and when and where we’ll be hearing from Butts again, but those who have known him for a long time know that he’s unlikely to disappear into obscurity.

For a while, Butts was posting instalments on his Facebook page from a favourite book called “The Daily Stoic.” The book contains meditations for each day and the instalment for Feb. 18 is called “Prepare for the Storm.” Butts is gone from the PMO, but the storm isn’t over, for Trudeau or his old friend.