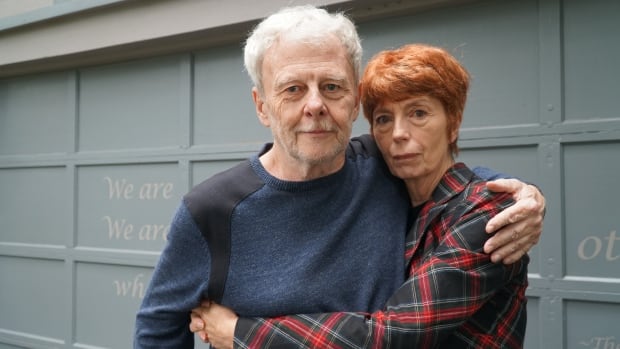 Karen Fraser never imagined that doing a good deed for a friend’s brother would land her at the centre of one of the biggest crime stories in Canadian history.

Fraser, who lives with her partner Ron Smith on Mallory Crescent in Toronto, lent her garage to Bruce McArthur. The 66-year-old landscaper stored his tools there for about a decade.

In exchange for use of the space, he would tend their yard. He donated flowers to their charity events. He brought planters full of flowers and told Fraser he wanted to keep them in her backyard so he could look at them while he and his crew ate lunch there.

Fraser never would have guessed that those planters contained the remains of missing men.

McArthur is accused of killing eight men, many of whom had ties to the city’s Gay Village and were reported missing between 2010 and 2017. He is charged with eight counts of first-degree murder and has been in custody at the Toronto South Detention Centre in Etobicoke since his arrest on Jan. 18. He is scheduled to appear in court on Oct. 5.

« We still have trouble putting the man that we knew together with this alleged serial killer, » Fraser says. « And no, there was never a hint. No temper. Nothing. Nothing when you look back and say, ‘Well, I’m stupid, there it was, I should have seen it.’ Nothing. »

Fraser’s home, backyard and the land behind her property have been ground zero for a massive police investigation.

After being barred from their home for 22 days this winter while police searched every inch of their property, Fraser and Smith thought it was almost over. They were allowed to move back in while the searchers continued digging in their yard. 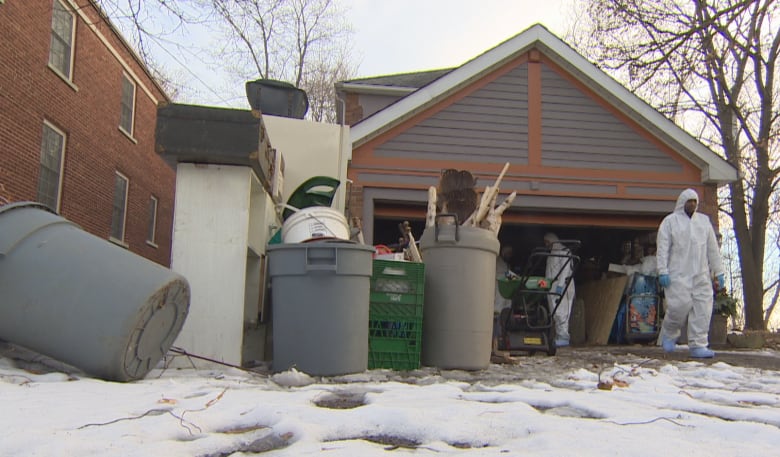 Forensic experts search the garage at Fraser’s home. It was one of about 30 properties in the Toronto area that police checked during their investigation into McArthur. (CBC)

Then in July, the police came back. This time they were there to check an area near the ravine behind the home, where police dogs had picked up a scent.

« We thought it was over, » she says. « That they were just coming here to be thorough, of course, and we didn’t think they would find anything. And of course they did, within hours. »

That the police found the remains of an eighth victim that week was a difficult revelation for Fraser.

Fraser says she and Smith are trying to move on. It’s hard when their house still gets so much attention. Their quiet street gets more traffic these days, and drivers slow down to take a look.

« We have tourists, as we’re calling them, » she says. « Day in and day out. People who drive by and look and smile strange smiles. »

Fraser and Smith have made changes to their home to honour the victims. They light a lantern on their porch each night. 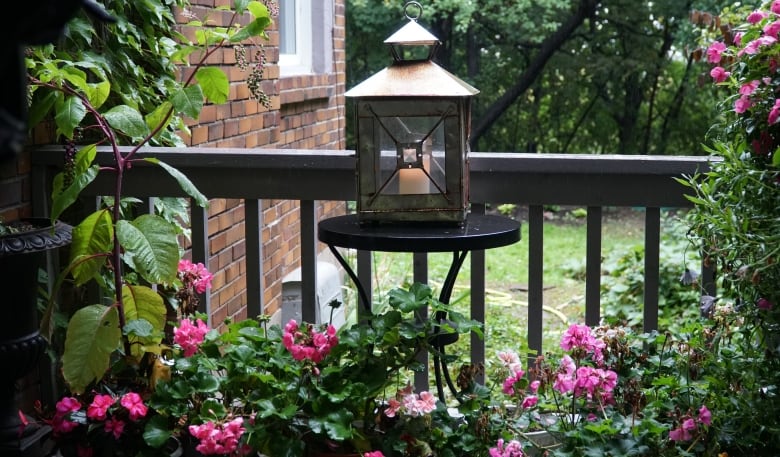 Fraser and Smith put a lantern with a candle on their porch to honour the victims who police found buried on their Toronto property. (Melissa Mancini/CBC)

They had the garage door repainted a few months ago to get rid of the « infamous orange, » as Fraser called it, that was seen on so many newscasts.

It’s grey now. A local artist painted a lyric from the song Nothing More by the band The Alternate Routes on it: « We are One. We are how we treat each other when the day is done. »

​A lot of it I really have locked in the cupboard in the back of my mind. And every once in a while… the door pops open on its own and bits of it try to come out.– Karen Fraser

This weekend Fraser and Smith are having a cleansing ceremony. They invited people who helped them through the past eight months. The neighbours who took them in, the friends who made them dinner, the church group that planted new flowers in the backyard after it was excavated by the police.

A priest and an imam will bless the property.

Fraser calls it the next step, because they don’t intend to leave the home her father bought decades ago. She says they have been happy there over the years.

« Why would we let an evil person take our life apart? Unacceptable. Not going to happen. » 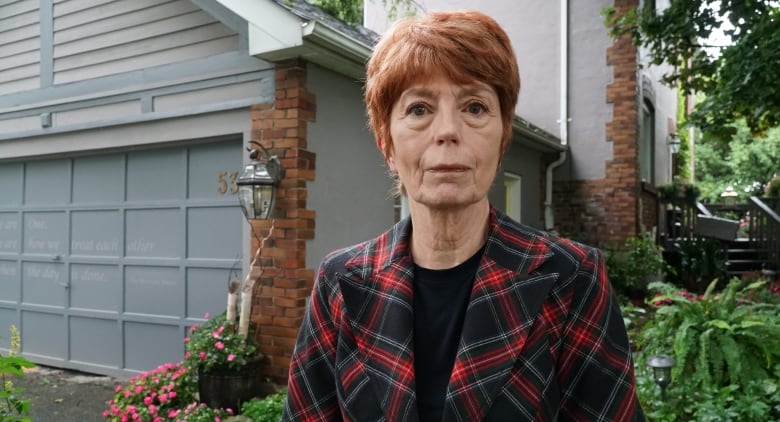 Fraser’s garage door has been repainted with song lyrics: ‘We are One. We are how we treat each other when the day is done.’ (Melissa Mancini/CBC)

Fraser is still processing the fact her home is connected to the killings. She hopes normalcy will return soon, but she still hasn’t processed much of what happened. She says she tries not to think about it.

« Well, a lot of it, I really have locked in the cupboard in the back of my mind. And every once in a while, it must be an old cupboard because the door pops open on its own and bits of it try to come out. I’m not ready to see them yet, so I just shut the door.

« It’s appalling. My only bad moments are when my mind wanders to the last few minutes of the victims. I can barely stand to have that drifting through my mind. So I take that and put it in a box, shove it in a cupboard, shut the door again. »