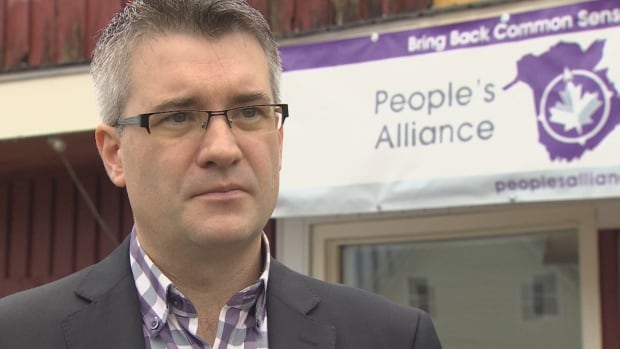 On Friday, People’s Alliance Kris Austin agreed to provide stability for a Progressive Conservative minority government on a « bill-by-bill basis » for 18 months. Higgs said he spoke to Austin about stabilizing the government but made no formal agreement.

The PC Leader’s comments capped off a day of tangled rhetoric, further adding to the confusion following Monday’s provincial election. The results have left two parties jockeying to take power.

Austin said he met with Lt.-Gov. Jocelyne Roy Vienneau on Friday morning to inform her he’d met with Higgs and had discussed working with other parties in legislature and to let her know about the party’s decision.

« We want to give New Brunswickers some confidence that, as we’ve said all along and we continue to say, we will work with Mr. Higgs and the PC party to go on a bill-by-bill basis to promote stability in government for 18 months, » Austin said.

A People’s Alliance release issued Friday suggested a formal agreement had been struck. Austin later clarified that « nothing is set in stone. »

« This depends entirely on what Mr. Higgs puts forward and how he’s willing to co-operate with us, » Austin told CBC News.

New Brunswickers have elected the first legislature since 1920 where no party has a majority. What happens next?! 2:14

Gallant, the Liberal leader, was quick to say there was a clear deal between the Tories and the Alliance — something Higgs refuted a short time thereafter.

« Mr. Gallant wants people to believe that I have a secret agenda and I made a deal with the People’s Alliance, » Higgs said. « Again, what you are witnessing is a desperate attempt to hold onto power. »

‘No coalition, no back room deal’

Speaking to reporters following comments from both Gallant and Austin, Higgs said he has not met with Austin or his party and there was « no coalition, no back room deal. » The PC leader said he spoke to Austin over the phone.

Both Higgs and Austin said no offers on policy have been made or accepted.

Higgs said Austin discussed his party’s standing in the legislature, but no commitment was made. He added that the Green Party, which held one seat in the previous legislature, was granted official party status and the Alliance should be treated the same. 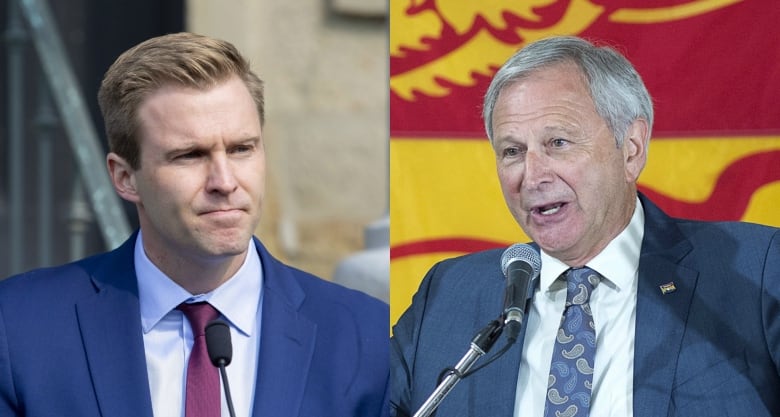 The Tories won 22 seats in Monday’s election, one more than the Liberals.

Both parties fell short of the 25 needed for a majority. But because Gallant leads the incumbent government, he has the right by convention to try and win the confidence of the legislature and stay in office.

The People’s Alliance and the Green Party each won three seats Monday. The Alliance is the only one of the two to indicate which major party it will support.

Gallant criticized the potential partnership while speaking to reporters shortly after the release was issued.

« Clearly, Blaine Higgs and and Kris Austin have struck a deal, » he said. « The question is: is that deal supported by the entire Progressive Conservative caucus and the entire People’s Alliance caucus? »

The premier attempted to stoke division within the PC party, saying they have already heard from « several » Tories concerned about dealing with the Alliance.

Gallant called on Progressive Conservatives members — emphasizing the word « progressive » — to take action, from moving against a deal to even crossing the floor.

The Alliance’s stance on bilingualism and duality has upset the province’s francophone community, and the Tories’ lone francophone MLA-elect, Robert Gauvin, said earlier this week he’d find it difficult to accept any co-operation between his party and Austin’s.

Gallant, citing differences in « values, » has already closed the door on partnership with the Alliance.

The Liberal leader said Friday his party will begin formal discussions about a confidence and supply agreement with the Green Party on Tuesday.

He said any deal struck between the two would be made public.

Higgs said his party will meet with the Greens on Monday.

Green Leader David Coon arranged to have individual phone conversations on Thursday with both Higgs and Gallant to « look at what kind of government might be built in the legislative assembly. » 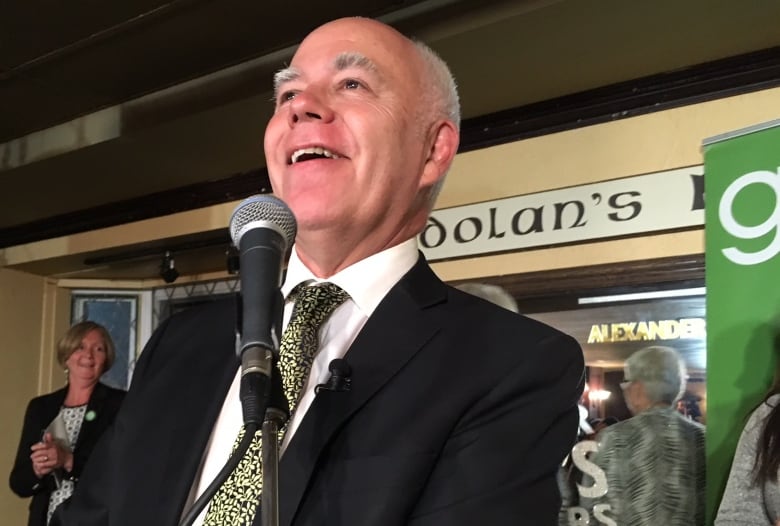 Coon said he will not make a decision until October, after the final results are confirmed.

Gallant met with Roy Vienneau on Tuesday morning and said she gave him permission to continue governing while he and his Liberals try to win the confidence of the legislature.

Higgs had his own meeting with Roy Vienneau on Thursday. He said afterward that he was told he would be asked to form a government if the Liberals lose a confidence vote in the legislature.

At the meeting with the lieutenant-governor, Higgs said he also asked that the legislature be called back as soon as possible.

Gallant said Wednesday the legislature would be called no later than Oct. 23.

Get the latest election updates delivered right to your inbox with The 506er. Subscribe here. And then let us know what you think by emailing us: the506er@cbc.ca.

What you probably don’t know about renewing your mortgage – National