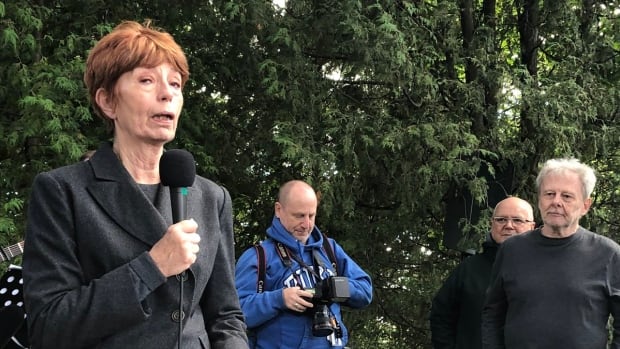 The couple whose home has been a focal point of the Bruce McArthur investigation held a ceremony Saturday to bless and renew the property.

Faith leaders spoke, and musicians sang songs, while community members, a police representative and politicians gathered at the home in Toronto’s Leaside neighbourhood.

Karen Fraser and Ron Smith’s home at 53 Mallory Crescent has been a key site of the Bruce McArthur investigation.

McArthur is the man charged with eight counts of murder in the deaths of men who went missing between 2010 and 2017, many of whom had ties to Toronto’s Gay Village.

On Saturday afternoon, the group remembered and honoured the victims.

Fraser and Smith had invited people who helped them through the past eight months to the ceremony. They thanked people for their support, and reflected on how their lives were upended during the police investigation, which included a major evacuation of their property.

Fraser gave daffodil bulbs to those in attendance, saying they would be part of the blessing and planted on the property with the hopes they would bloom in the spring.

« The good is coming. It’s going to take a while but we are strong enough to handle it, » said Fraser. « We’ll make it better and we’ll find the good in everything. » 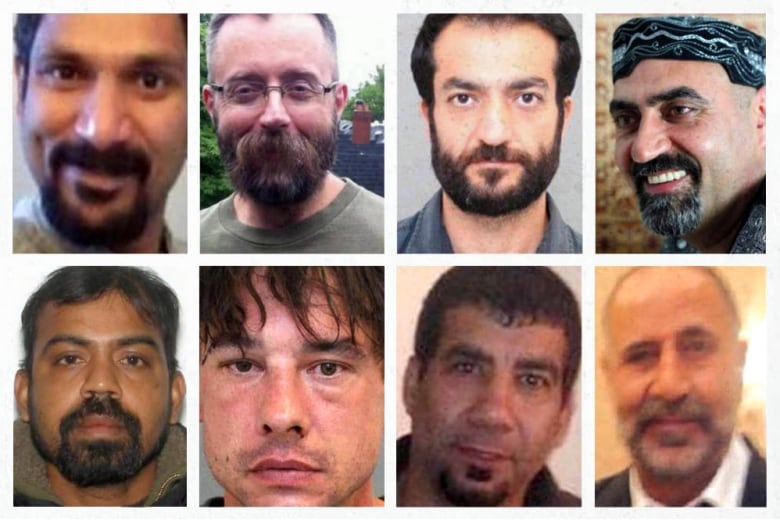 From police tape to daffodils

She said she chose daffodils after seeing a different kind of yellow last spring.

« When I finally got into what was left of my yard last spring, there were little bits of yellow all over the place and I thought, ‘Some people have daffodils. I have shredded police tape and yellow tops of diesel fuel containers that the forensic people had to use,' » said Fraser, to chuckles. She said she thought of daffodils, and the poem I Wandered Lonely As a Cloud.

McArthur worked as a landscaper at the north Toronto property for 10 years in exchange for storing his equipment in the garage.

McArthur has been in custody since his arrest on Jan. 18.

He is set to appear in court on Oct. 5. He made a brief appearance last week via video link from a Toronto jail.

Acting Insp. Hank Idsinga has said police have no reason to believe they will find the remains of any other possible victims at any of the roughly 100 properties they’ve searched.

However, he said police continue to review cold-case files and missing-persons cases. They also continue to field tips from the public about the case.