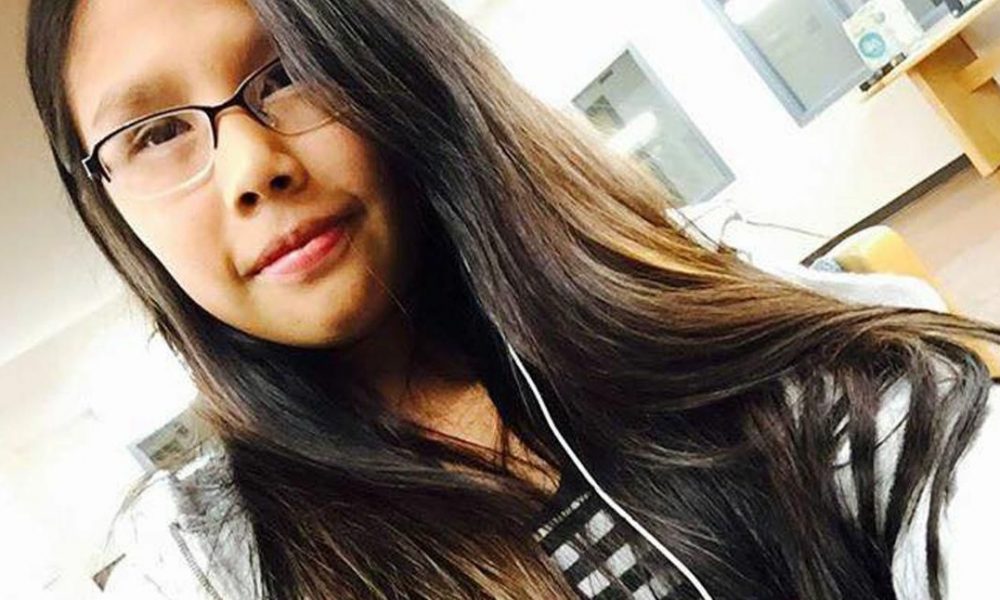 The family of Kanina Sue Turtle, who killed herself while in group foster home care, is suing Tikinagan Child & Family Services, alleging staff were negligent and “failed to adequately monitor” the 15-year-old from Poplar Hill First Nation.

The lawsuit comes on the heels of a scathing report from a coroner’s expert panel that examined the deaths of 12 children and youth, including Kanina, while in the care of Ontario Children’s Aid Societies between 2014 and 2017.

Kanina died Oct. 29, 2016 in a Sioux Lookout home, operated by Tikinagan. In the final year of her life, Kanina was moved on several occasions, the panel found, following incidents of self-harm, suicidal thoughts and attempts to kill herself. She had to be medically evacuated twice from a healing centre, including five days before she died.

Kanina’s mother and father, Barbara and Clarence Suggashie, and five siblings are named as plaintiffs, and are seeking a total of $5.9 million in damages from Tikinagan, which serves northwestern Ontario First Nations communities.

Barbara Suggashie, through her lawyer, Cara Valiquette, said she brought this claim because she “wants some answers about what happened” to her daughter. Clarence Suggashie said Kanina “would have been alive today if they (Tikinagan) would have looked after her and monitored her.”

They loved dancing, swimming, math and science: Portraits of young people who died in care

“We continue to express our deepest sympathies to Kanina’s family as we have many times in person,” said Tikinagan’s communications co-ordinator, Irene Dube. “We were all heartbroken when this happened. Now that this is before the courts, we need to wait for our legal counsel to look at the statement before we say anything more.”

The suit alleges Kanina was not supervised for an “unknown period of time” before her death and no one checked on her for “at least 45 minutes” after her death, which was when an employee found her body. Kanina was “chronically suicidal” in the period leading to her death, the suit also alleged.

According to the expert panel report released Tuesday, there was a “significant history of deaths by suicide” in Kanina’s family and she was taken into care 10 times over her life, usually for six months at a time. The goal was family reunification with her parents and siblings. Kanina provided support to an older sister and liked school, particularly math and science.

Before her death, Kanina began a relationship with another youth in care, who also killed herself. There was “no evidence of supportive discussions around Kanina’s sexual identity,” the panel noted, and “it appears that staff indicated to her that she could be arrested for engaging in a sexual relationship” with the girl, who was younger.

“While this is accurate from a legal perspective, this position does not demonstrate responsiveness or recognition of the needs Kanina was endeavouring to meet,” states the report.

Another friend of Kanina’s from the home killed herself in the weeks before Kanina died by suicide, her family said. She went home, briefly, to grieve.

The lawsuit alleges Tikinagan knew she was exploring her sexuality and “failed to acknowledge this in any meaningful way and failed to provide” supports.

In the days leading to her death, Kanina made social media posts “that indicated she was at risk of suicide” and had access to things in the group home that could be used to harm herself, the suit alleges.

Kanina recorded a video of her death on an iPod, which the family received six months after her death. Her mother and sister guessed at the password and unlocked the iPod, and “watched the video of their loved one, Kanina, committing suicide, without having been advised in advance” by Tikinagan or anyone else “about the contents or potential contents of the files on the iPod,” the suit alleges. Her father later also watched the video.

The “shock of learning the circumstances of Kanina’s preventable death and watching the video of her death caused” her parents and sister to “suffer psychiatric damage and/or nervous shock over and above the reasonable effects of grief,” states the suit.

The suit seeks special damages for the loss of Kanina and the life she may have had.

Through Valiquette, Kanina’s parents, who live in Poplar Hill First Nation, a fly-in community, shared details of her life.

Kanina spoke Ojibwe well, was happy and liked being at home, and was always good about cleaning up her room and the whole house.

“When she wanted to go out with her friends at night and we wouldn’t let her, she would make a deal with us, she would cook the family a nice meal for a chance to go out,” Clarence Suggashie said in an email shared by the family’s lawyer. “Then she’d make us Kraft Dinner, and she would come home on time.”

Kanina, her sister and her mother spent time together over a few days in Sioux Lookout in October, the month she killed herself. “We went shopping, walked around, talked and had fun,” her mother Barbara said, also by email. “She was happy to see us but she wanted to come home. That’s the last time I saw her.”

The coroner’s expert panel report urges an overhaul of Ontario’s child protection system. Children, Community and Social Services Minister Lisa MacLeod has promised to move quickly, and said last week that “the buck stops with me and I will take action.”

If you are considering suicide, there is help. Find a list of local crisis centres at the Canadian Association for Suicide Prevention. Or call 911 or in Ontario call Telehealth at 1-866-797-0000.