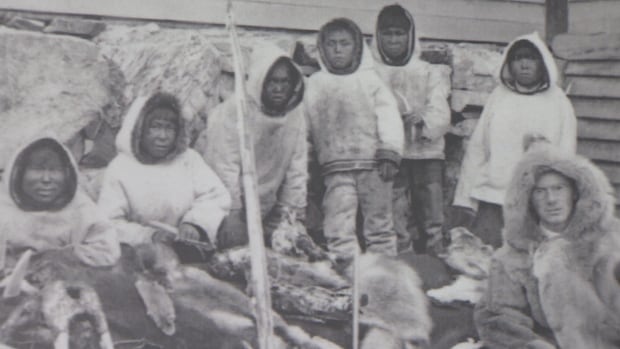 Ethel Dickinson was one of hundreds of people who died when the Spanish flu ripped through Newfoundland in 1918.

The virulent influenza pandemic is estimated to have killed between 20 to 50 million people worldwide.

The names of many people who died have been forgotten, but Dickinson’s sacrifice has been immortalized.

This is a woman who basically gave up her life to work with the sick influenza patients.– Larry Dohey, archivist

She contracted the flu and died at the age of 38 in October 1918 while volunteering to help the growing number of influenza patients in the city.

She’s named on a monument in St. John’s that celebrates her sacrifice. It’s deep in the east end of the city, in Cavendish Square, behind parking meters and obscured by trees and shrubs.

Most people don’t know it’s there, but local archivist Larry Dohey says people should seek it out. 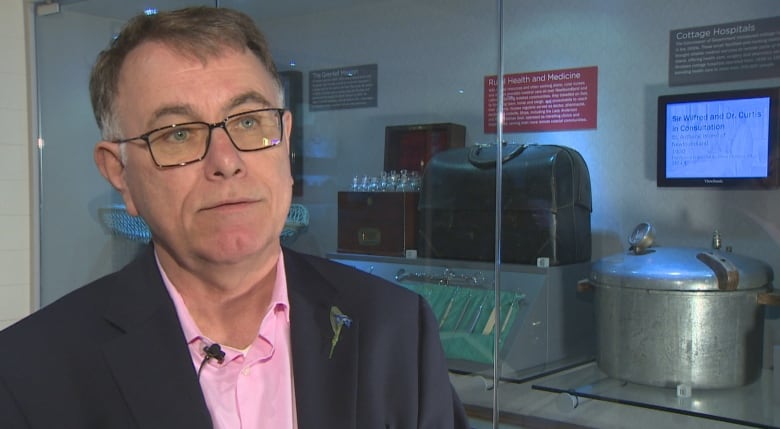 Larry Dohey is an archivist at The Rooms. He recommends people seek out the monument to Dickinson to learn more about the Spanish flu. (Mark Quinn/CBC)

« This is a woman who basically gave up her life to work with influenza patients. She didn’t have to do it, » said Dohey, the director of programming and public engagement at The Rooms cultural facility.

« She had already given her service over at the hospitals in Europe. She’d seen the suffering over there, but she came home and volunteered again. »

Dohey said almost 1,600 people on the island of Newfoundland were infected with the Spanish flu and it’s estimated that more than 200 of them died.

But the flu hit Labrador even harder.

A disaster for the Inuit

More than 500 Inuit, about a third of the Indigenous group’s population in Labrador, died after passengers infected with Spanish flu arrived in coastal communities by boat. 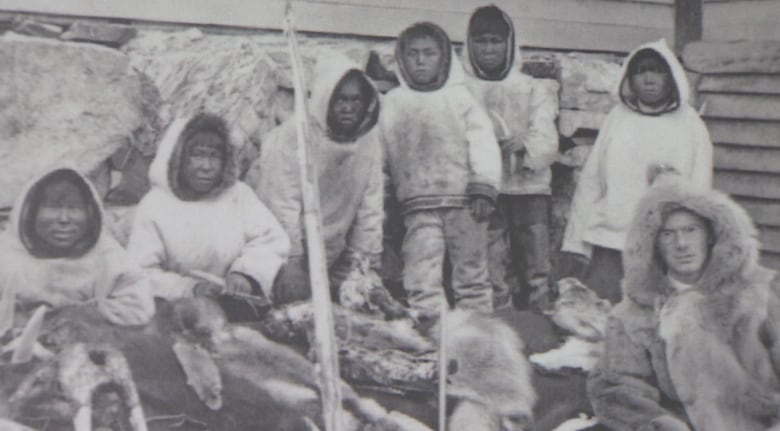 The Rooms Museum and Archives has many photographs of Labrador Inuit in its collection. (The Rooms)

Angus Andersen, who is Inuk, grew up in coastal Labrador hearing stories from his grandparents about what they saw when the flu hit.

When you lose a third of your population that’s a big impact. We lost culture, heritage and language.– Angus Andersen

Andersen paints a vivid picture of the apocalyptic event in Labrador. Sled dogs that were used to hunt and travel were abandoned as their owners died. They became feral and dangerous.

« When I hear the stories of the people who survived, it’s like a horror movie, » Andersen said. 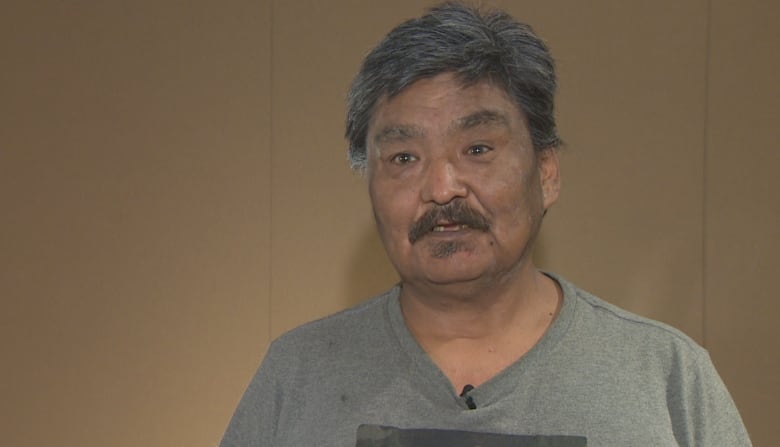 Angus Andersen’s grandparents, who were Inuit, survived the Spanish flu in Labrador and told him what they witnessed. (Mark Quinn/CBC)

« Wild dogs — starving husky dogs — actually breaking in and jumping though windows of houses to eat the dead bodies. Survivors had to hunt them down and kill them. They killed hundreds and hundreds of starving dogs. »

Many Inuit communities, like Hebron and Nutak, lost a great number of residents, but no community suffered a deeper blow than Okak.

It’s reported that before the flu arrived, 263 people lived in Okak — after the pandemic hit, fewer than 60 people were left. 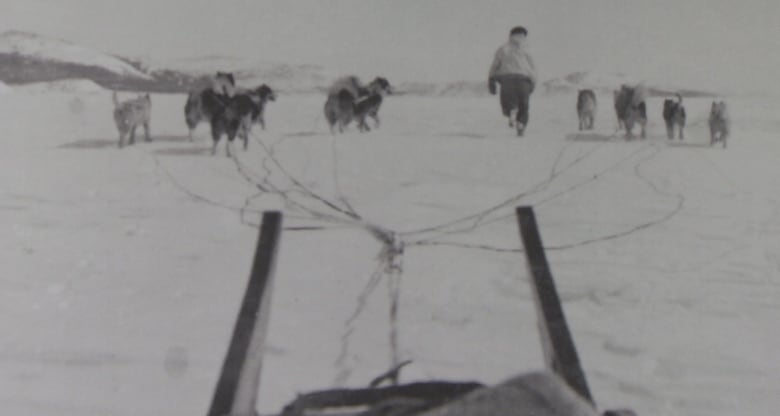 Sled dogs were used for travel and hunting by Labrador Inuit. Many starving dogs had to be killed during the Spanish flu pandemic. (The Rooms)

Andersen says his grandparents recounted that dealing with all the corpses in Labrador called for extraordinary measures.

« After they collected all the bodies. It was impossible to bury them one at a time. My grandma said they dug a giant hole and to do that they had to light a big fire to thaw the permafrost. They dug a big hole and put all the bodies in there and covered them up, » he said.

No one lives in Okak now.

Tragic as it was, Andersen says the 1918 Spanish flu should be remembered to underscore the importance of preventative medicine, such as vaccinations.

« We lost a lot of history. When you lose a third of your population that’s a big impact. We lost culture, heritage and language. »