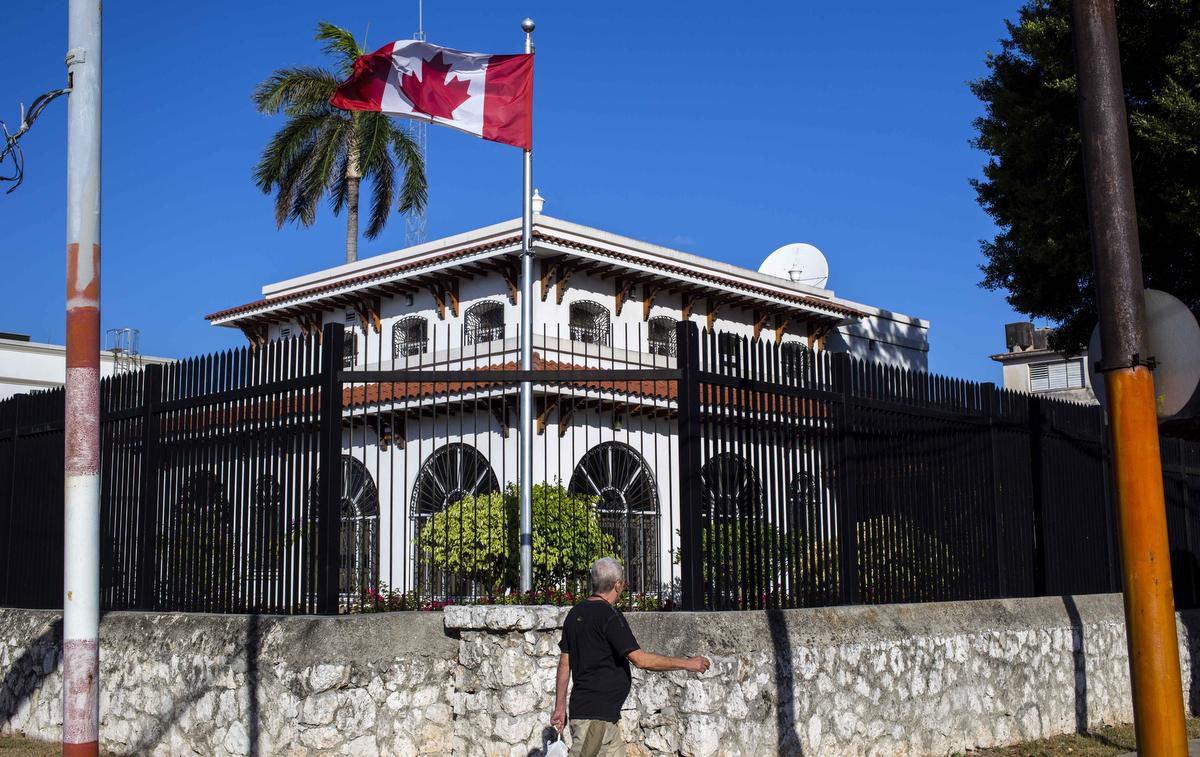 OTTAWA—The federal government has partnered with brain injury experts in Nova Scotia in its search for what caused health problems among Canadian and American diplomats based in Havana, as speculation swirls that they may have been the targets of a microwave weapon.

Global Affairs Canada has joined with the Brain Repair Centre, affiliated with Dalhousie University, the Nova Scotia Health Authority and the IWK Health Centre, to conduct research into the symptoms and potential causes of what left about a dozen diplomats and family members suffering an array of mysterious symptoms.

“The research study is another avenue to try to further understand the symptoms they are experiencing,” a senior federal government official told the Star.

Despite an RCMP-led investigation that has stretched on for more than a year, done with the co-operation of the Cubans, the official said they seem no closer to determining what happened.

“Despite all these ongoing investigations, the cause or causes of the health incidents our staff have experienced are still unknown. We are still basically looking, still investigating, working with our counterparts,” said the official, who spoke on condition of anonymity.

“These are very unusual incidents and sort of unprecedented,” the official added.

Officials in Washington and Ottawa have been searching for answers since late 2016 when American diplomats, then Canadians, were caught up in a series of mysterious incidents. The incidents left them suffering persistent, concussion-like symptoms — dizziness, nausea, headaches and trouble concentrating — yet without head trauma to explain the cause.

Dr. Douglas Smith, director of the University of Pennsylvania’s department of neurosurgery and Center for Brain Injury and Repair, evaluated some of the workers. He told the Star earlier this year that it appears those affected were exposed to some form of directed energy.

In a story this month, the New York Times raised the idea that the diplomats may have been the target of microwaves.

Washington lawyer Mark Zaid, who specializes in national security cases and represents nine American diplomats caught up in the incidents, says that is a real possibility.

“We certainly have circumstantial evidence that it is microwaves,” Zaid told the Star.

“The (National Security Agency) had admitted to us that there was at least one country that was using microwaves as weapons against U.S. personnel,” he said.

Zaid referenced a 2014 statement provided by the NSA as he acted on behalf of a counter-intelligence officer with the agency who believed he had been targeted during operations in an undisclosed country.

The statement said that intelligence associated a “hostile” country with a “high-powered microwave system” designed to “bathe a target’s living quarters in microwaves, causing numerous physical effects, including a damaged nervous system.”

A spokesperson for the NSA confirmed the authenticity of the statement but told the Star that a review by intelligence community experts that same year “challenges the validity of the size of such a weapon and cannot confirm the device capabilities.”

Yet the spokesperson, Kelly Biemer, added that the experts have “associated the hostile country with some capabilities in this field.”

Dr. Michael Hoffer, a brain injury specialist at the University of Miami who has seen many of the Americans suffering symptoms, says the cause isn’t yet known.

“It’s unknown to date exactly what’s causing it. It could be ultrasonic, it could be microwave. It could be a variety of other things,” he told a recent panel discussion on the possible causes of the Havana incidents.

The session was hosted by the U.S. Department of Defence Strategic Multilayer Assessment program, which brings together experts across agencies and disciplines to tackle “challenging” problems.

Hoffer said his involvement began with a phone call in February 2017. “Literally, the call was, ‘This is the State Department. We have a problem,’” Hoffer said in the discussion, which is available online.

He said 25 Americans had symptoms that included ear pain, ringing in the ear, dizziness and cognitive issues. “All of these individuals had experienced a loud noise or pressure phenomena before and during the symptoms,” he said.

“The sound was localized and followed the individual from room to room. If they moved in the room, it would move,” he said.

As with the Canadians, the Americans experienced the incidents at their homes or in hotels rather than at work.

All had abnormalities in the organs that help the body determine gravity and balance, he said. That matches the experience of Canadians who have also suffered vestibular and balance issues.

Hoffer said that directed energy can produce “cavitation bubbles” that can cause effects in parts of the body where doctors have seen damage.

“For those who were truly affected, they really had a physical injury,” said Hoffer, who could not be reached by the Star.

Zaid said questions still swirl about the perpetrator of the attacks, their motivation and methods. “I have tons of questions trying to understand what this was. I’m keeping an open mind to it,” he said.

There have been no new cases among Canadian personnel since October 2017. Those afflicted have been getting medical treatment and rehabilitation to mitigate symptoms though some remain off work, the federal official said. Global Affairs brought diplomats’ family members home from Cuba in April.

It’s not easy being GG; Payette tries to reassure staff as criticism mounts