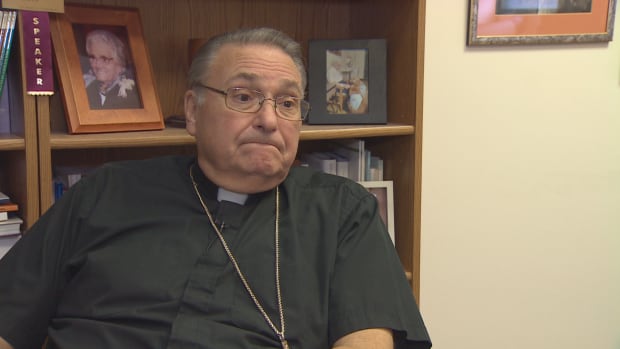 The leader of a Roman Catholic archdiocese in Nova Scotia knelt in front of a congregation including residential school survivors Monday and personally apologized for the church’s conduct at the Shubenacadie Indian Residential School.

The apology was offered during a special mass held at St. Mary’s Basilica in Halifax on Treaty Day, which marks the signing of the Peace and Friendship Treaties between the British Crown and Mi’kmaq, Wolastoqiyik and Peskotomuhkati in 1752 and 1760.

Archbishop Anthony Mancini of the Halifax-Yarmouth Archdiocese read a homily that recognized the Mi’kmaq’s autonomy and unceded territory, and touched on the « failures of the past » during the residential school era.

He and Bishop Brian Dunn from the Diocese of Antigonish then knelt in front of the congregation to read a « Rite of Forgiveness. » 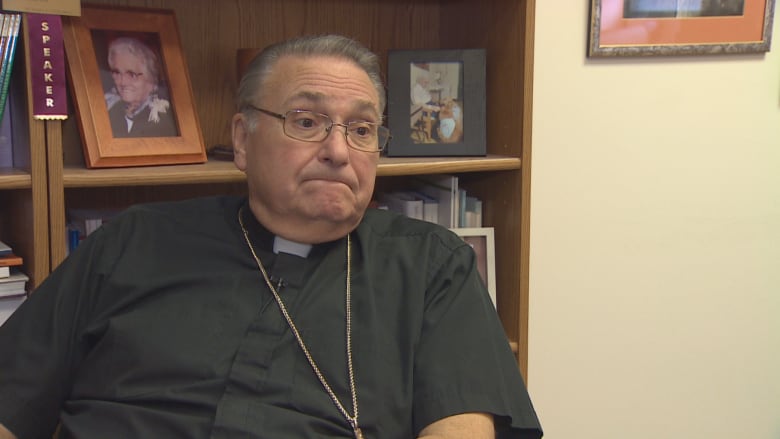 « On this day, we personally and in our roles as leaders of the Catholic Church in Nova Scotia, kneel before the representatives of the Mi’kmaq nation to express our regret, sorrow and apology for the hurts, violence and abuse experienced in the residential school of Shubenacadie, for the participation of the Church in the promotion of misguided policies of assimilation and for our involvement in undermining aboriginal culture, language and spirituality, » the bishops said.

The Rite’s text went on to address the church’s support of racist practices, and the involvement of church members in maintaining « inhuman and inadequate life conditions » for the Mi’kmaq and « indifference » to their plight.

They then requested the forgiveness needed « if reconciliation is to take place. »

‘I felt so emotional’

« When I talk about it, my eyes fill up now, » said Margaret Poulette of We’koqma’q First Nation, who was at the Treaty Day service.

She attended the Shubenacadie residential school from 1940 to 1945. Though she’s hard of hearing and couldn’t see the front of the church, Poulette said she still felt the importance of the moment.

As the archbishop spoke, she said, her thoughts were of her sister, brother and friends who also attended the school.

« I felt so emotional when they were walking out after [the service], » she said.

« It was positive for me, anyway. My two daughters were there … After church they came and hugged me. They were crying. » 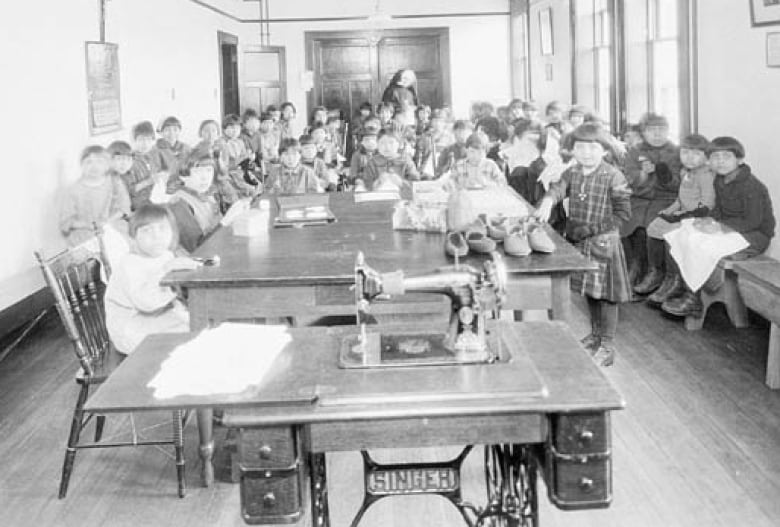 Poulette said she thought the service was emotional for survivors in attendance, some of whom she said are steadfast against the Roman Catholic religion as a result of their time at the schools, and attended only as part of Treaty Day celebrations. She said no one expected an apology.

Poulette, who goes to mass every Sunday, said her daughters have questioned why she remains a practising Catholic despite the history of the schools.

« I told them, it wasn’t God that did it. It was individual people that did it, » she said.

‘A gesture of respect’

Archbishop Mancini told CBC News the apology was « intended to be a gesture of respect, a gesture of acknowledgement — humility for our weak humanity. »

« We failed miserably in this whole thing. »

Pope Francis has yet to apologize for the church’s role in residential schools, but Archbishop Anthony Mancini said he believes it could still happen. (Andrew Medichini/Associated Press)

Mancini said he understands the impact that an apology from Pope Francis could have, and said he believes it will come, eventually. But in the meantime, he said work to rebuild the relationship between the church and Indigenous Peoples in Canada will take place in each individual community.

Mancini said his apology stemmed from listening sessions the church has been holding with Mi’kmaq leaders and Elders since April.

He said kneeling before the Mi’kmaq in the congregation was important, given the gesture’s meaning in Catholicism — to be less than perfect or dependent on God’s support, as sinners.

« I thought that this situation with the Mi’kmaq was such that the failings of our past were sufficiently serious that it needed something powerful like the gesture of kneeling to indicate that we, or I am, really sorry for what took place. »

The archbishop said that further to the apology, he hopes to implement some « concrete actions » like having a Mi’kmaq flag in every parish and acknowledging Mi’kmaq burial grounds around the province and « honouring them » in an appropriate way. But he said before any of that happens, more discussions with Mi’kmaq leaders and Elders will take place, as well as internal discussions with his colleagues.

Rose Marie Prosper, also of We’koqma’q First Nation, wasn’t able to attend the church service, but saw social media posts of the Rite of Forgiveness. She said she hasn’t stopped thinking about it.

« I would’ve been shocked myself, if I was there, » she said. « It’s something I would not have expected, especially on Treaty Day. »

Prosper attended Shubenacadie residential school from 1960 to 1967, when the school closed. She said that her time there has left her with flashbacks and painful memories of isolation.

She said she’s strayed from Catholicism for most of her life as a result of its practice being forced on her but that she’s recently begun to pray again. While she said it will take time for her to accept the apology and what it means to her, she said it may help her to heal.

« It’s given me more time to pray, and a reason: forgiveness, healing, » she said.

A vicious West Van dog attack left him with facial wounds. But he’ll still forgive its owner – BC