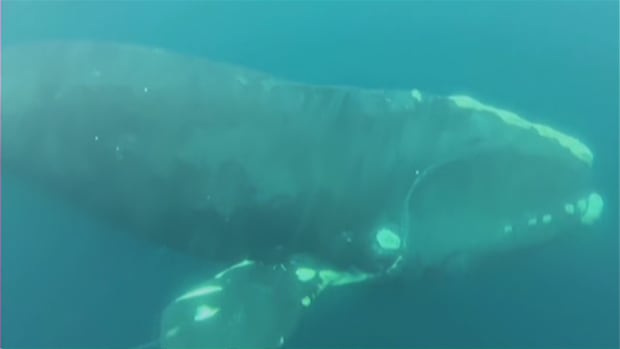 A new U.S. government assessment of the plight of the North Atlantic right whale is questioning whether local fishing closures are enough to save the endangered species, pointing to the threat posed by vertical sea floor-to-surface fishing lines throughout their range.

The National Oceanographic and Atmospheric Administration (NOAA) evaluation of « recovery challenges » was released ahead of a meeting next week to address proposals to protect the whales that would alter the lobster fishery in New England.

Those proposals include reducing the number of sea floor-to-surface lines by 50 per cent over five years and a month-long lobster fishing closure in the western Gulf of Maine.

American and Canadian authorities have used local area closures as a preferred management tool to protect the whales.

This year, Canada’s Department of Fisheries and Oceans imposed severe restrictions on snow crab fishing in the Gulf of St. Lawrence after 12 right whales died there in 2017.

In the Bay of Fundy in June, the appearance of a single right whale in a protected area shut down the lobster fishery on Grand Manan, N.B., for 15 days. The industry claims it cost a million dollars in lost income. 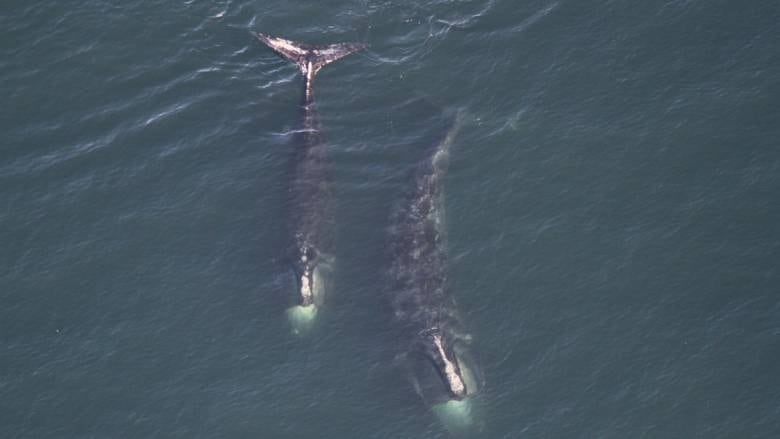 The U.S. National Oceanic and Atmospheric Administration estimates nearly 85 per cent of right whales have been entangled in fishing gear at least once, 59 per cent at least twice and 26 per cent of the regularly seen animals are entangled annually. (Center for Coastal Studies)

« They closed the lobster fishery in an area that hadn’t harmed a whale in several decades for absolutely no reason, » said Laurence Cook, president of Lobster Fishery Area 38.

« To close us down once because one was seen travelling through a box was economically damaging to the island and completely unnecessary to protect right whales. »

Still, after a catastrophic 2017, no right whales were found dead in Canadian waters in 2018.

A million lines in the water

NOAA said closures « while very effective, regionally, may not be enough » to stop the population decline.

It estimates there are a million vertical fishing lines in the path of the right whales, with 622,000 in U.S. waters from Georgia to the Gulf of Maine and the remainder in Canadian waters along the Scotian Shelf and in the Gulf of St. Lawrence.

The agency said nearly 85 per cent of right whales have been entangled in fishing gear at least once, 59 per cent at least twice, and 26 per cent of the regularly seen animals are entangled annually.

« With a 26-per cent annual entanglement rate in a population of just over 400 animals, this translates to about 100 entanglements per year, which is significant for such a small population, » the report states.

The report acknowledges with more than 1 million lines out there, any single line has perhaps a 1 in 10,000 chance of entangling a whale in any one-year period, meaning an individual fisherman — and his or her descendants — could go several generations without ever entangling a right whale. 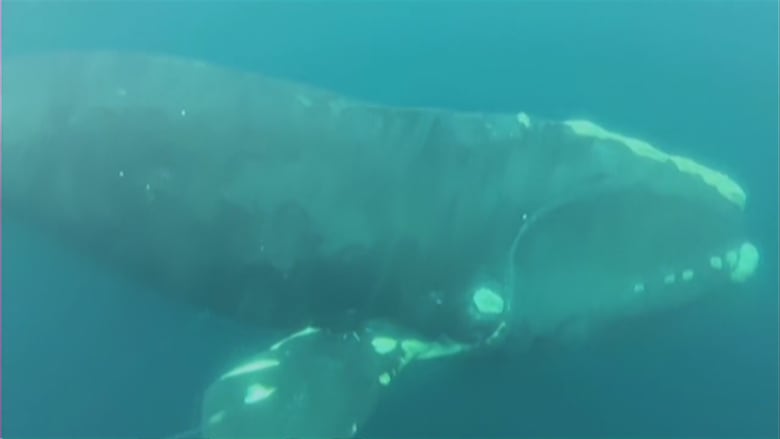 Scientists are working to map and model where the North Atlantic right whales main food source has been found in high concentrations in the past in order to get an idea of where they may be found in the future. (Pat Foster/Adrian Colaprete)

« Given this, it’s easy to believe that all these entanglements are happening somewhere else, regardless of where one fishes. »

« But by mapping known locations of gear that led to the entanglement of a right whale, one can see that there is no place within the fished area along the East Coast of North America for which entanglement risk is zero. »

The NOAA report echoes a criticism from Canada’s Environment Commissioner this week that Canada waited until 12 of the whales died in the Gulf of St Lawrence to before taking « strong » measures.

« Notably until spring of 2018, very few protections for right whales were in place in Canadian waters, » NOAA stated.

The New England Aquarium, which operates whale-watching tours, is one of seven organizations and governments to submit proposals to the Atlantic Large Whale Take Reduction Team.

The aquarium claims only one-third of right whale deaths are detected each year, meaning an average of between 12 and 16 right whales are dying each year.

« We assume that 50 per cent of all right whales deaths are occurring in Canada, » the New England Aquarium states in its proposal.

While American advocates urge larger closures and line reductions, the state of Maine said more data is needed and proposes that its fishermen use specially marked gear to rule them out as the source of entanglements.

« The best available data on whale sightings, whale behaviour in specific areas, and entanglement data indicate a low probability of right whales interacting with Maine fishing gear, » said Erin Summers, of the Maine Department of Marine Resources, in a proposal to the Take Reduction Team.