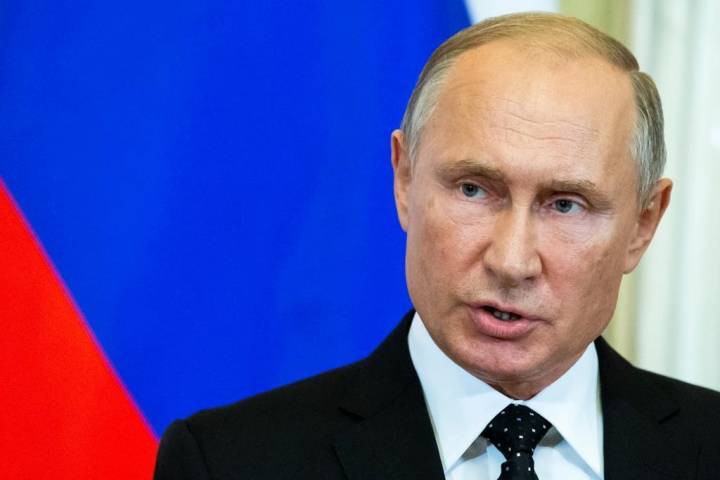 The Canadian government is adding its voice to the growing swell outing repeated Russian cyberattacks over the past several years and confirming an RCMP investigation into such actions.

That comes as the United States announces new charges against seven Russian intelligence agents accused of hacking anti-doping agencies and as international allies accuse Russia of attempting to hack the networks of the organization investigating a suspected Russian chemical weapons attack that poisoned a former double agent and his daughter in Salisbury, U.K.

“Today, Canada joins its allies in identifying and exposing a series of malicious cyber-operations by the Russian military,” reads a statement issued Thursday morning from Global Affairs Canada.

“These acts form part of a broader pattern of activities by the Russian government that lie well outside the bounds of appropriate behaviour, demonstrate a disregard for international law and undermine the rules-based international order. Canada calls on all those who value this order to come together in its defence.”

None of those seven are located in the United States and are instead based in Russia.

However, officials from the Department of Justice said they were not worried about the potential for prosecution in the future, noting “the FBI has a long memory.”

The RCMP’s cybercrime director, Mark Flynn, stood alongside the Americans at that announcement and said a parallel investigation was ongoing in Canada as well, but declined to provide details on that investigation.

Earlier Thursday morning, the Dutch defence minister publicly accused Russia’s military intelligence unit of targeting the Organization for the Prohibition of Chemical Weapons as well as the investigation of the 2014 Malaysian Airlines crash over Ukraine.

Ank Bijleveld, the Dutch minister, said the Netherlands had caught four Russian spies who were planning an attack on the chemical weapons watchdog.

She said those men were expelled in April.

WATCH BELOW: Suspect in Skripal poisoning in U.K. identified as Russian colonel

Also on Thursday morning, the U.K. made similar accusations that Russia had also targeted the British Foreign Office, the defence laboratories investigating the Salisbury attack, as well as hacks of the U.S. Democratic Party and a TV station in the U.K.

In its announcement, the Canadian government said Canada was also a target.

“Some of these acts have a connection with Canada,” Global Affairs wrote.

The department cited the 2016 hack of the World Anti-Doping Agency that resulted in confidential athlete data being obtained by malicious actors.

“The Government of Canada assesses with high confidence that the Russian military’s intelligence arm, the GRU, was responsible for this incident,” the department said, noting a similar attack targeted a Canadian sports institution.

“In 2016, the Canadian Centre for Ethics in Sport was compromised by malware enabling unauthorized access to the Centre’s network. The Government of Canada assesses with high confidence that the GRU was responsible for this compromise.”

Canada also sits on the executive council of the chemical weapons watchdog targeted by Russia.

Global Affairs Canada said the government backs the assertions made by allies that Russia was the one behind the plot to hack its systems.

“The attempt to compromise the networks of the OPCW is consistent with Russia’s broader attacks on the independence and professionalism of the personnel of the OPCW,” the statement reads.

The incidents only serve to show Russia’s disregard for international laws, the department said.