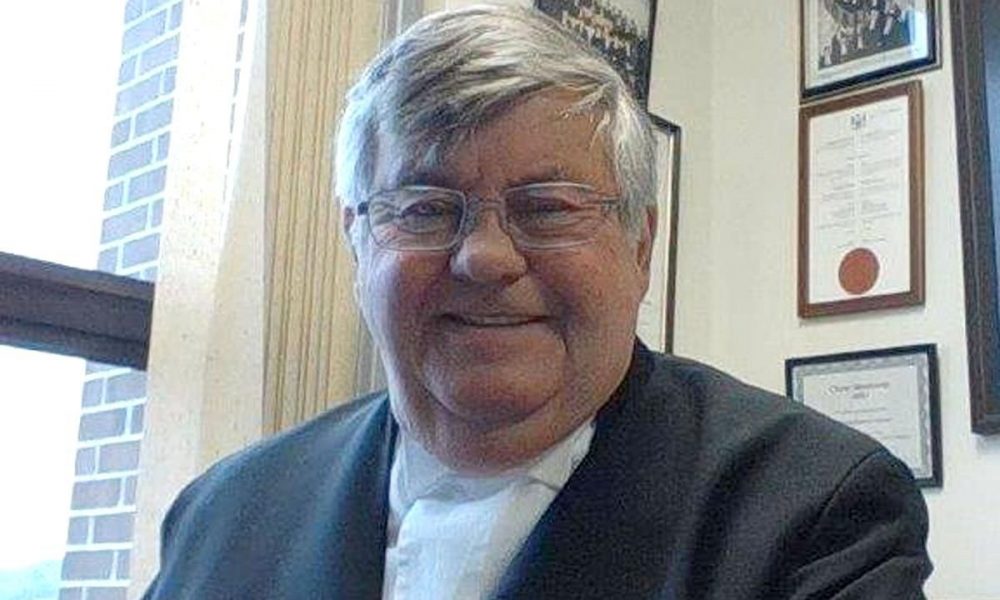 A Kenora justice of the peace is facing a public discipline hearing over remarks he made in court that have been described as racist toward Indigenous people, on top of other allegations of bad courtroom behaviour.

As the Star first reported last year, Justice of the Peace Robert McNally was the subject of at least two complaints over a comment he made to lawyer Shannon McDunnough, who is Mi’kmaq, in bail court in August 2017.

The JP had made a joke that nobody knew who late British comedian Benny Hill was. When McDunnough replied that she did, McNally responded, “Your ancestors probably scalped him or something,” according to a court transcript.

The Justices of the Peace Review Council, the independent body tasked with investigating and disciplining JPs, announced this week that McNally will face a hearing in Toronto in January.

The council said it received three complaints about the justice of the peace.

Aside from the comment he made to McDunnough, McNally also responded to an unidentified male in a different bail court proceeding in August 2017 with: “I’m keeping my mouth shut on that one. That’s some kind of a Indigenous thing?” according to a transcript.

“You made comments that appeared to reflect pre-conceived notions about First Nations persons and that could be perceived as racist, ridiculing or mocking toward First Nations persons in a manner that suggests cultural insensitivity,” says the notice of hearing from the review council, laying out the allegations of judicial misconduct against McNally.

The allegations have not yet been proven.

“As this matter is now before the council for a hearing we can’t comment on the allegations or evidence,” McNally’s lawyer, Howard Rubel, told the Star. “But His Worship is overwhelmed by, and very grateful for, the strong outpouring of support from so many members of the community where he sits, and the court participants he has worked with on a daily basis.”

The complaint also said the Kenora bail court “deals predominantly with Indigenous persons who are incarcerated at an astonishing rate in that district” and at any given time 90 to 95 per cent of men remanded into custody in the northwestern Ontario city’s jail are Indigenous.

McDunnough could not be reached for comment this week.

Justices of the peace, who earn about $132,000 a year, are appointed by the provincial government. Dressed in black robes and green sashes, they conduct bail hearings, sign off on search warrants and preside over trials in provincial offences court, which deals with non-criminal matters.

McNally was appointed by the NDP government in 1993.

The review council has also accused McNally of failing to ensure accused persons were afforded due process, including in two cases that involved McDunnough when she was acting as duty counsel, a legal-aid funded lawyer who can appear for people who are unrepresented.

“When Ms. McDunnough attempted to set out the applicable law, you stated ‘Don’t argue with me. If you want to appeal that, go ahead, but that’s the way it is.’ Later, when Ms. McDunnough tried to cite case law from the Supreme Court of Canada, you stated ‘You’re actually quoting that stuff to me? Seriously?’” says the notice of hearing regarding one case.

“You appeared to attempt to provoke and intimidate Ms. McDunnough, inferring that if she persisted with her legal argument, her client would be detained a further week, as that was the date when you were next available.”

McNally is also accused of acting in a manner that was “rude, dismissive, confrontational, condescending, impatient and sarcastic” in a number of other cases, including allegedly making “inappropriate and gratuitous comments” to another female duty counsel, “including a comment that appeared to demonstrate sexism.”

McNally’s discipline hearing will be conducted by a three-member panel: a provincial court judge, a justice of the peace and community member. If found guilty of judicial misconduct, possible sanctions include a reprimand, paid or unpaid suspension, or a recommendation to the attorney general that McNally be fired.