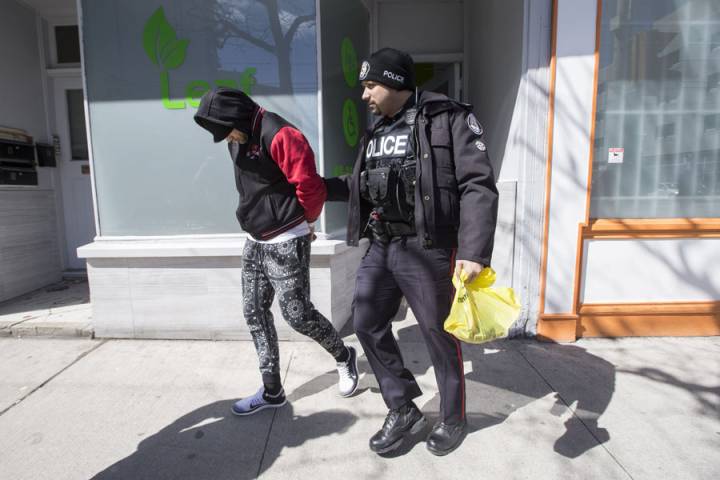 Here’s what we learned this week:

What will happen to the half-million Canadians who have criminal records for marijuana-related offences?

The federal government has hedged, half-promising some kind of amnesty.

“We’ll take steps to look at what we can do for those folks who have criminal records for something that would no longer be criminal,” prime minister Justin Trudeau said last year. “We will move forward in a thoughtful way on fixing past wrongs that happened because of this erroneous law that I didn’t put in place and that I’m working hard to fix.”

Until this week, though, nothing resembling an actual bill had appeared in the Commons.

But on Thursday, Victoria NDP MP Murray Rankin introduced a private member’s bill that would “expunge” (or erase) records of people who have been convicted of simple possession of marijuana (ie. quantities for person use, not trafficking.)

“People tell me they can’t coach their kids’ soccer team or chaperone a school trip all because they have criminal record for possession of a small level of cannabis,” Rankin said.

The process would be free, unlike a pardon application, which costs $631.

It’s more complicated than it sounds, though. As we reported last year, Canada’s national criminal database can’t clearly break out people with a record for possession of marijuana from other drug possession offences, so an amnesty will be a labour-intensive, one-by-one process.


READ MORE:
Why a Canadian marijuana possession amnesty is harder to implement than it sounds

WATCH: Newly-elected CAQ MNA Geneviève Guilbault says the party has been clear that the legal age for marijuana should be 21 – and not 18.

You wanted to know:

The question mentions Ontario, but the answer applies to all eight provinces, plus the Northwest Territories and Yukon, which will have a government-run online retail system (all of them except Manitoba and Saskatchewan).

The provinces have been very conscientious about making sure their ordering information (goods X have been paid for and should be shipped to customer Y at address  Z) will be processed in Canada and not retained after it’s needed. IDs will be checked at the door, but no record will be kept of the customer’s identity.

The more difficult problem is the credit card data that’s created as part of an online transaction. Your credit card data is held on servers in the United States, where your data has no legal protection. The provinces have addressed this in different ways — Alberta and Nova Scotia may have the best solution, entering the transaction in such a way that it doesn’t clearly relate to cannabis. Nova Scotia cannabis purchases, for example, will be identified as ‘NSLC,’ the acronym of the province’s liquor stores.

Ontario and B.C. say they have a solution, but we haven’t seen it yet and they won’t say what it is. Quebec cannabis sales will be identified as SQDC, for the Société québécoise du cannabis.


READ MORE:
Will your cannabis credit card purchases be visible to U.S. border officials? (Some might, some won’t.)

There’s been quite a lot of confusion about this.

Edibles that are pre-made as food products (everybody likes to talk about gummy bears) won’t be seen until some time next year, when the feds have had more time to write regulations.

A caution, though — pay very careful attention to dosing. The oils that will be for sale are very concentrated products. A 90 ml bottle of oil will contain most of a year’s worth of daily microdoses.

Gel caps take a lot of the guesswork out of the process. Standard sizes will include 2.5 mg — more of a microdose — and 10mg. (They won’t be as nice as the high-end chocolate versions available in some U.S. states — the experience will be more … pharmaceutical — but will have the same effect.)


READ MORE:
Powerful cannabis oils don’t involve smoking, but are ‘much trickier’ to get right

As far as the federal Cannabis Act is concerned, you’ll be able to buy live marijuana plants (no more than four per household) on the morning of Oct. 17.

The problem will be finding someone to sell them to you. Storing dried flower and gel caps is a fairly simple problem — caring for live plants is a more complicated one, and one that cannabis retailers seem to want to avoid, at least at first.

Given all the complexities of the early stages of legalization, it’s hard to blame them. (Seeds will be available in some provinces.)

In provinces with private-sector retail, it wouldn’t be surprising if some stores specialized in being cannabis nurseries as time goes on.


READ MORE:
You can buy live pot plants when they’re legal — at least in theory