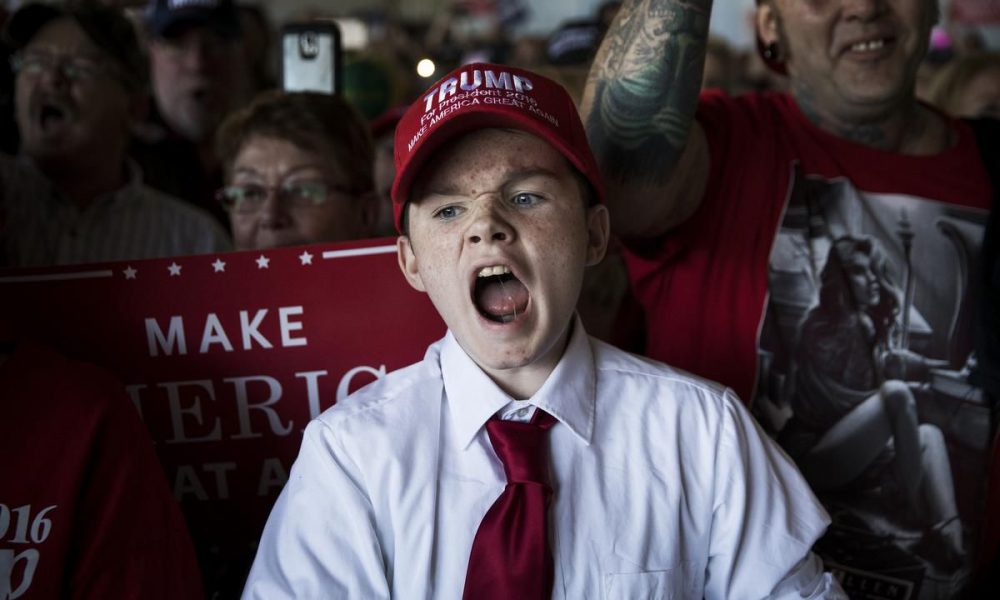 All across Canada, people have been bracing themselves for this weekend’s awkward Thanksgiving dinner conversations.

Holidays aren’t politics-free zones in Canada — some election victories in recent history may have hinged on them. The Christmas-New Year’s break in the 2005-06 is believed to have been a turning point in favour of Stephen Harper’s Conservatives, while Thanksgiving 2015 could have sealed the majority win for Justin Trudeau.

In the United States, some research has shown that Donald Trump is ruining Thanksgiving — for real. One intriguing study of cellphone data showed that politically divided American families were cutting short their Thanksgiving visits in 2016, presumably to escape dinner-wrecking discussions.

“This is no longer (just) politics in Washington. It’s now politics in their hometowns. It’s in their family. It’s the Thanksgiving table,” said Tim Dixon, co-founder of More in Common, an international organization that has been doing extensive work on identity and polarization in the U.S. and Europe. “Division has invaded their own private space.”

Dixon was in Ottawa last week to talk at about what he calls the “exhausted majority” — a reportedly vast group in the middle of the polarized landscape of the United States which is fed up with both the extremes and the status quo.

Don’t assume you can change people’s opinions these days with mere facts and reason. Much of modern politics, according to this research, is being driven by tribal-type thinking. “People are lining up with their tribe,” Dixon said. “The way that they think about an issue like police brutality against African Americans, or feminism, or Muslim immigration, or refugees … people just line up (behind others who share their views.) There doesn’t seem to be a lot of independent thought almost being exercised.”

Stop lecturing about diversity. This is advice that may appeal to former Conservative MP Maxime Bernier, founder of the new People’s Party and an opponent of what he calls “radical diversity.”

People have been mocking Bernier for that statement, but from my anecdotal evidence, that sentiment stretches beyond the People’s Party or even the conservative right these days. Dixon’s findings bear that out, too.

“We need to emphasize less the value of difference,” Dixon said. “This is not to say that diversity isn’t important … It’s to say that people get that already, and we need to frame it in a larger sense about the what we have in common, because people are not hearing enough about the commonality of our values.”

Forget this idea of trying to reclaim the political centre — or at least our old ideas of it. “When I talk about the middle, I think the really important insight is it’s not the way that we would’ve talked about the middle in a past political generation …. the parties of the left moving toward the right and parties to the right embracing social liberalism,” said Dixon. “It’s a different dynamic now. … The middle is angry, they’re anti-status quo, they want to see things change.”

Don’t try to paper over polarized differences with platitudes or empty phrases about politics and democracy. The “exhausted middle” cannot be described as “namby-pamby, kumbaya kind of mushy middle people” in Dixon’s parlance.

“They’re against the status quo, and this is where the centrists, the centre, is different to what it was,” he said. “They really think the system’s corrupt … They want disruption, they want change. They want to ‘drain the swamp.’”

Dixon and the More in Common group hail from the progressive side of the political spectrum, so you might have expected him to have some harsh things to say about how the hard-right conservatives and populists have been playing on people’s anxieties.

But it was a refreshing, even surprising part of his presentation to hear him be critical of how so-called “cosmopolitans” have been mishandling the debates on this score.

“They tend to talk down to people in the middle groups, and a lot of what we pick up in focus groups across different countries is a sort of resentment,” Dixon said. “The ‘liberal-elite’ thing that the right often talks about is a real thing.”

That’s probably a good tip for dinner conversation, too, no matter which side of the table you’re sitting on: Don’t talk down to your family and friends. And happy Thanksgiving.