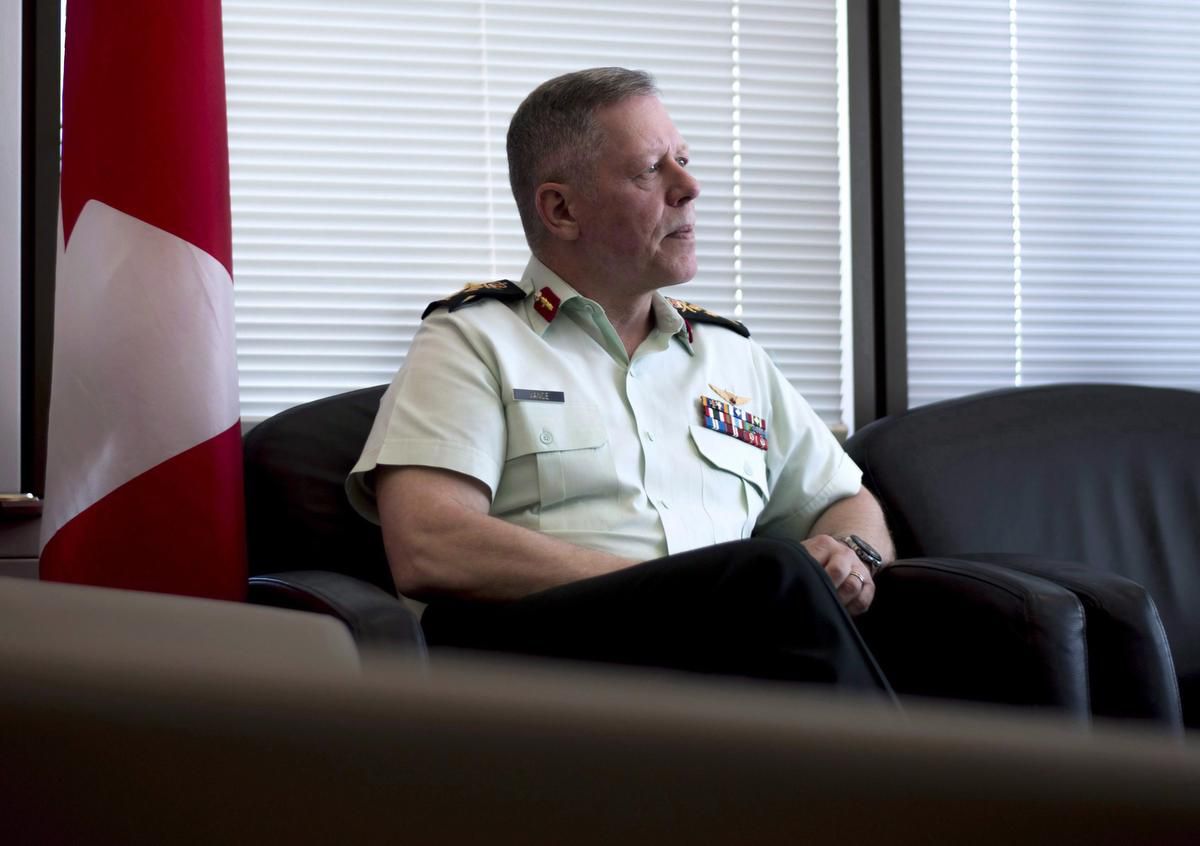 In a three-part series, the Star looks at the rise of white nationalist and right-wing extremist groups in Canada, and what authorities are doing to identify and suppress these threats. This is part 2. To read the first part, click here.

It’s obvious Gen. Jonathan Vance has given the issue much thought.

Over a 40-minute interview at National Defence Headquarters, Vance repeatedly stressed that nobody holding extremist beliefs is welcome in the Canadian Forces.

“(But) what a lot of these folks don’t realize, (is) they may be able to find a couple of confreres among the tens of thousands of people that we have, but it’s not the norm.”

As the Star reported Sunday, there has been an alarming rise of right-wing extremist and white supremacist groups active within Canada in recent years.

In the United States, research into the far right suggests extremist groups have made a concerted effort to infiltrate police forces and the military to gain access to training, experience and potentially even weapons.

Less research has been done on whether extremists have made similar attempts in Canada. But as far as Vance is concerned, it’s simply a fact.

He compared the presence of far-right extremists in the Forces to the military’s recent experience dealing with sexual harassment and assault. As a traditionally male-dominated institution, the Forces were just not sensitive enough to the scourge of sexual harassment within its ranks, Vance said.

Could that mean that, as a traditionally white institution, the forces aren’t sensitive enough to the issue of white supremacy?

“It is entirely possible that we are not sufficiently aware of the indicators or the insidious, corrosive effect of having extremism in our ranks. I think we’re academically aware, like technically aware. But from a practical basis, how do you know for sure?”

Over the past two years, the Canadian Forces have had to respond to three high-profile incidents of soldiers or sailors associated with far-right groups.

On Canada Day in 2017, five Canadian Forces members — members of the “Proud Boys” movement who proudly proclaim their “Western chauvinism” — disrupted an Indigenous protest in Halifax.

This year, Vice Canada reported an army reservist in Nova Scotia was a member of a much more dangerous group. Vice alleged that Brandon Cameron, a 25-year old former soldier, was associated with the Atomwaffen Division — an American neo-Nazi terrorist group tied to an attempted bombing, numerous hate crimes, and the killing of a 19-year-old Jewish man in Florida. Cameron denied involvement with the group.

The Quebec-based anti-immigration and anti-Islam group La Meute counts a number of current and former Forces personnel among its ranks. In December, a CBC/Radio-Canada investigation counted 70 Forces members in a members-only La Meute Facebook group.

Vance is categorical: there is no place for far-right extremism in the Canadian Armed Forces.

One of the five members who participated in the Proud Boys protest has left military service. The four others were subject to unspecified professional discipline and received a permanent reprimand on their records. Vance suggested they may be on their way out as well.

But the general also referred to blowback he’s heard about how the brass handled the Proud Boys situation.

“When I say cultural change (is needed) … I’ve seen comments about how we’re standing up to the Proud Boys and so on, as if … we’re somehow lesser military because of our posture,” Vance said.

Vance said his gut sense is that when it comes to right-wing extremists within the Forces, there could be “small groups or individuals,” but not significant numbers.

“I haven’t proven that hypothesis,” Vance admitted. “And maybe some time we should.”

The question of whether or not far-right extremists or white supremacists have infiltrated Canadian policing is more difficult to answer — both because of the scale of the question and, unlike the Canadian Forces, the absence of publicly reported incidents.

A 2015 report by the U.S. Federal Bureau of Investigation, published by the Intercept, suggested that a wide range of extremist and white supremacist groups have developed “active links” to law enforcement officers. The Canadian Security Intelligence Service refused to say whether it has conducted a similar counterintelligence assessment on Canadian law enforcement agencies.

CSIS has faced allegations of racism within its own ranks. In 2017, the Star reported the spy agency had settled a multimillion-dollar lawsuit from five officers and analysts who claimed years of anti-gay, anti-Muslim or anti-Black discrimination.

Former RCMP commissioner Bob Paulson also admitted in 2015 that the Mounties had racists within their ranks.

The new RCMP commissioner, Brenda Lucki, told the Aboriginal Peoples Television Network this year that “racism will not be tolerated” within the force, after the network reported on anti-Indigenous posts in a closed RCMP members Facebook group.

On the broader question of far-right extremist infiltration, RCMP Assistant Commissioner James Malizia told the Star that it’s a concern.

“Our screening would pick up on that, unless someone has never spoken to anyone about it and they kept it to (themselves),” Malizia said.

“But I can’t recall a case right now (within the RCMP). I’ve not seen it. But it doesn’t mean that it hasn’t happened elsewhere.

“There’s no doubt about it that there’s no place for those types of individuals in a police service or any type of law enforcement agency,” Malizia added.