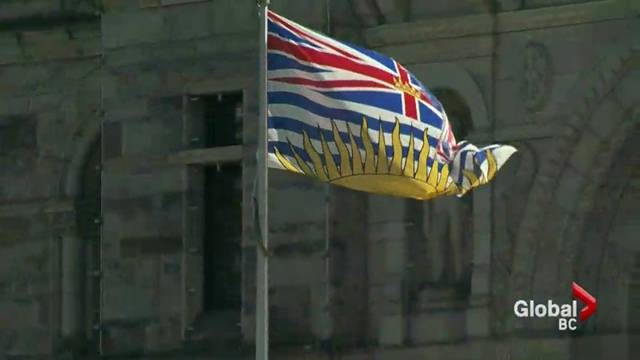 According to a poll conducted by Ipsos, western Canadians feel more connected to their own provinces than they do to Canada as a whole — and this hasn’t changed since 2001.

Saskatchewan’s premier just recently told Prime Minister Justin Trudeau that the province is strongly against to a federally imposed carbon tax and has urged the federal government to find a way to get the pipeline built.

“When we look at these numbers for how western Canadians feel about their place in confederation, absolutely nothing has changed,” said Kyle Braid, senior vice president of Ipsos Public Affairs.

While these numbers represent strong feelings of patriotism by western Canadians towards their specific questions, a much smaller percentage of those polled responded that they believed their viewpoints were adequately represented in Ottawa.

Just 19 per cent of westerners polled agreed with the statement, “I think the views of western Canadians are adequately represented in Ottawa,” which is just one per cent lower than in 2001. Furthermore, 49 per cent responded that they believe their province does not “get its fair share from Confederation.”

Braid predicts that some feelings of resentment towards the federal government have been bubbling for decades due to a wide range of political spats.

“The nature of what’s in the news changes, but the overall feelings of focus in western Canada towards their place in Confederation don’t change much,” he added.

Furthermore, he explained that in the perspective of many western Canadians, the region’s economic prowess has grown while major federal decisions seem to remain centered around the “big, powerful eastern Canada.”

“I think it’s more the historic knowledge that despite the growth of western Canada population and the importance to the economy, the bulk of the seats that make up parliament are still in Ontario and Quebec,” he said.

“For years, western Canadians were used to turning on their TVs in elections and seeing that everything had been decided even before the polls had closed in Manitoba.”

However, despite these longstanding tensions, the study maintains that western Canada is just as committed to the country as it’s ever been. Only 26 per cent of those polled agreed that they feel less committed to Canada than they did a few years ago, which is down two percentage points since 2001. An even smaller percentage, 18 per cent, said they believed their province would be better off if they separated from Canada entirely.


READ MORE:
NEB grants intervener status to 98 groups in next round of Trans Mountain hearings

WATCH: 62 per cent of Alberta feel they’re not getting enough from confederation

It’s important to note that these numbers were slightly higher than average in Alberta at 25 per cent of respondents saying they’d be better off if the province separated from Canada.

“There’s no need to overreact or claim that the country is falling apart just because we’re having these issues that we’re having today,” said Braid.

This Ipsos poll on behalf of Global News was conducted between September 11 and 17, 2018. For this survey, a sample of 1,600 western Canadians aged 18+ was interviewed online via the Ipsos I-Say panel and non-panel sources. This sample included 400 residents in each of British Columbia, Alberta, Saskatchewan and Manitoba. Quota sampling and weighting were employed to balance demographics to ensure that the sample’s composition reflects that of the western Canadian and provincial adult populations according to Census data and to provide results intended to approximate the sample universe. The precision of Ipsos online polls is measured using a credibility interval. In this case, the overall results are accurate to within ±2.8 percentage points, 19 times out of 20, had all western Canadian adults been polled. The provincial level results are accurate to within ±5.6 percentage points, 19 times out of 20.

A chilling effect of #MeToo in academic medicine