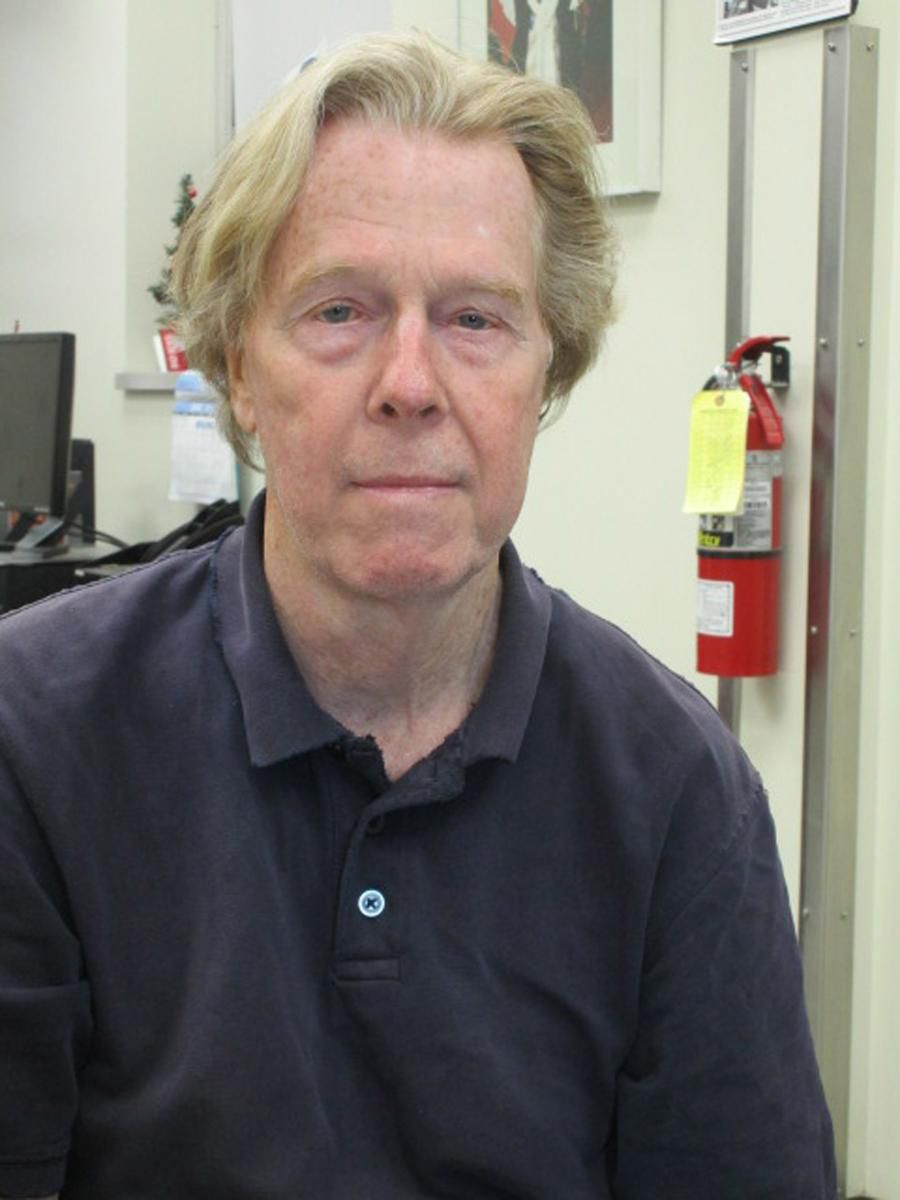 Clark Sissons was known as a quiet and tidy man who kept to himself and loved poetry and literature.

A four-year resident of a transitional housing program run out of the former New Edwin Hotel, he was also described as thoughtful and a hard-worker, who treated people with respect and had been employed as a teacher.

Last week, Sissons, 67, was counted as the 84th homicide in Toronto in 2018. He was found behind a community centre in the east end in the morning hours of Oct. 5. Allan Alexander MacDonald, 57, was arrested on Tuesday. He has been charged with second-degree murder.

A spokesperson for Haven Toronto said Sissons and MacDonald were both clients of the daytime drop-in on Jarvis St. that provides meals and social supports to older men. The Star has not confirmed if or how well the men knew each other.

What made Sissons uniquely vulnerable, or at increased risk of violence, was the combined factors of his age and struggles with alcohol and experiences with homelessness, or being precariously housed. While the bulk of people who use emergency shelters are men, between the ages of 25 and 49, the number of people at age 65 and above who use shelters is rising, according to 2016 research published through the Canadian Observatory on Homelessness.

The place where Sissons lived and was working to rebuild his life is the site of the First Step to Home transitional housing program, run by WoodGreen Community Services, at 650 Queen St. E. The former hotel holds 28 self-contained bachelor units with full kitchens and the program serves men ages 55 and older.

“So many of these folks are so vulnerable, particularly when they are out on the street and programs like ours really give them a place to call home — even if it is on a transitional basis,” said program manager Thomas Krause, who knew Sissons for about a year and a half.

Their clients have all been street involved and have struggled with addiction or mental health issues, said Krause, who explained that as part of the transitional housing program the men can also see in-house social workers. There are also regular visits from a registered nurse.

Krause said Sissons was very pleasant and polite and had told him that he had worked as an English teacher. During most days he was away from the property, often finding work as a day labourer, he said.

“For the most part, throughout the program, he kept to himself,” Krause said. “He was really fond of reading books and poetry and different literature.”

Online records from the Ontario College of Teachers show that a Clark Franklin Sissons completed the professional education program offered through the Faculty of Education at the University of Toronto in 1982.

Krause said during the time he knew him, Sissons struggled with alcohol use, but was working towards getting his life back together. He said his death has shocked fellow residents.

“There were ups and downs for sure, but overall he was doing quite well,” said Krause, who would not say if MacDonald had used the program.

They will be holding a private memorial, something they do each time anybody who is part of the program dies, to give people a chance to share memories and debrief. The date has not been set.

Haven Toronto, the drop-in where Sissons and MacDonald may have crossed paths, provides services for older men, up to their late 80s. The drop-in runs from 8 a.m. and 5 p.m., 365 days a year and they serve 250 to 400 men every day.

Monteiro said extreme violence is an all too common reality for the people they serve. There have been at least four men lost to homicide since he joined the agency in 2010 and assaults are extremely common, he said.

“Older men particularly are extremely vulnerable and are usually victims of assault and a number of other crimes. They are frail, they are older and they are quite frankly targets for younger people looking to victimize the community,” Monteiro said.

Monteiro said men who experience chronic homelessness can be as many as 15 years older than their chronological age because of the compounded stresses caused by addiction, mental health issues, illness, violence, exposure and neglect.

Haven staff will be speaking with clients and checking if they need help finding additional support services, he said. The men are part of a tight community and this news, he said, will hurt and likely cause anger.

“The last time this happened a lot of the guys were really upset. It forces them to confront their own mortality. They really do look out for each other.”

The last time Monteiro was referring to was 2016, when a fight between several men near the St. Lawrence market resulted in the death of 50-year-old Paul Crombie, who was described as having no fixed address.

Levon Jolen Gammon, also of no fixed address, was charged with manslaughter.

Monteiro said older men who come to experience homelessness later in life usually do so because of trauma or financial losses. Once inside the system they often also stay longer than younger men, he said.

“It really weighs on these guys and that is unique to this population.”