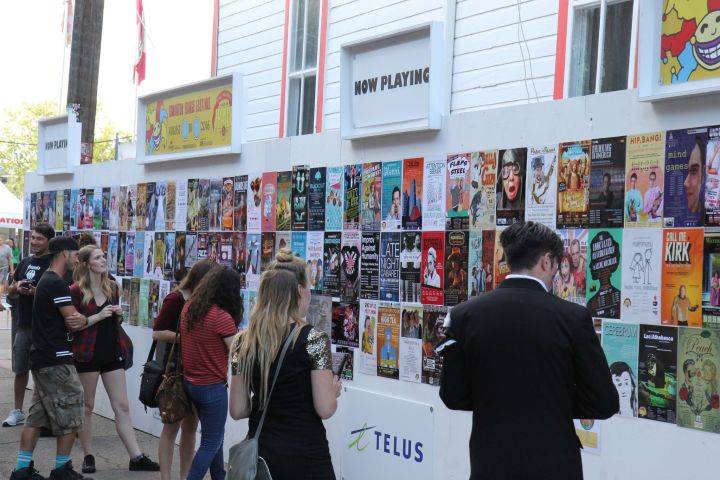 The Edmonton International Fringe Theatre Festival announced a new $10,000 award which is aimed at developing a “more inclusive and diverse theatre arts community” at the event, just weeks after capping off a record-breaking year for attendance.

“We acknowledge there is an imbalance in the representation of diverse voices on our stages,” Murray Utas, the festival’s artistic director, said in a news release issued on Wednesday.

Watch below: Some videos from Global News’ coverage of the Edmonton Fringe Festival.

The endowment is called the Mowat Diversity Award, named after Dave Mowat, who festival officials said “helped transform the landscape of Fringe Theatre while serving as the CEO of ATB Financial.”

According to festival officials, Mowat and his wife Sandy “helped to break down the barriers between audience and art, to discover exciting ways to make theatre more accessible and supportive of our diverse community.”

“It is through the generous support and work of leaders like Dave Mowat that we are able to create and sustain opportunities for diverse artists to be heard and celebrated at the Fringe Festival,” Utas said.

“This award helps us work toward creating a more equitable balance of the stories represented on our stages.”

The Fringe Festival said “the successful, eligible artist will be drawn by lottery” and will then be given a theatre venue complete with technicians as well as lighting and sound equipment. The winner will also receive box-office support, marketing support, a cash prize and mentorship by the Fringe Theatre’s artistic director to help with their show.

People who want a shot at the award can already submit an application. The deadline to apply is Nov. 19 at 5 p.m.