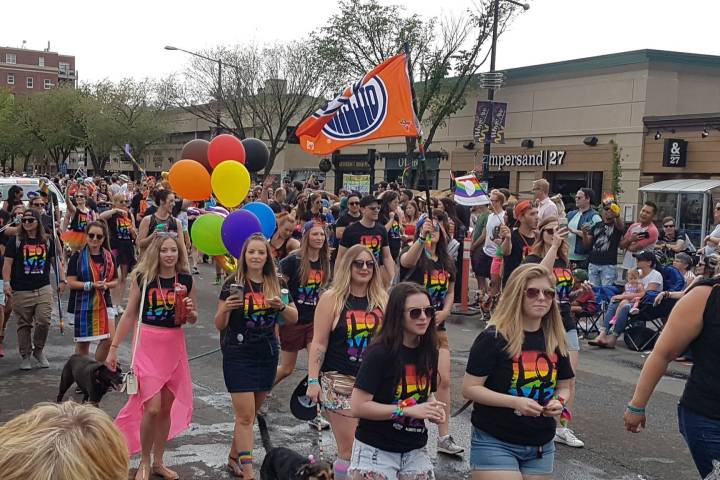 Kevin Schultz voluntarily spent four years in conversion therapy, a program that claims to change an individual’s sexuality from gay to straight.

Schultz said he entered the program because he believed something was wrong with him.

“I am from a very religious background. There was no room for gay people within the church,” Schultz said. “This homophobia that was all around me was internalized as well.”

Speaking on the 630 CHED Afternoon News, Schultz said the underlying assumption of conversion therapy is that no one is born gay.

“Everyone is born straight, something has happened that made us gay,” said Schultz. “So if you could find what the cause was, you could fix it… (as if) you’re broken.”

Schultz said he tried to ignore his feelings, getting married to a woman and having three kids.

“I didn’t really accept that I was gay until I left conversion therapy. I thought that I was just struggling with same-sex attraction,” Schultz said. “I (had) to find a way to be normal. I saw myself as sick, and here was a solution.”

Schultz said he tried very hard to convince himself conversion therapy was working.

“I had a family dependent on me. I didn’t want to put them through what I knew would happen if I came out. I wanted to find a way to be a straight man,” said Schultz. “When I look back on my life before I came out, (what I remember most) is being very lonely.”

An online petition is calling on the Trudeau government to implement a nationwide ban on conversion therapy.

Since its launch in September, the petition has garnered more than 3,000 signatures and is set to be presented in the House of Commons in January.

Edmonton-Castle Downs MLA Nicole Goehring is working on a private member’s bill to institute a ban in Alberta.

“We support the request that the feds ban this, but we’re looking at an Alberta perspective. We know that (conversion therapy) is discriminatory and causes harm,” Goehring told 630 CHED.

“We’ve heard loud and clear from the LGBTQ+ community that this is a ban that is long overdue and absolutely needs to happen now,” said Goehring. “We’re still in the process of working on the language (of the bill) because we want to get it right.”

Schultz recalls the night he left conversion therapy as the “happiest and scariest moment of (his) life.”

“There was someone in the group that said he was hallucinating and hearing voices. (To me), it felt like he needed to be in an emergency room. But instead, the leader of the group said: ‘You’re being plagued by a demon, and we need to pray this out of you.’”

Schultz walked out the door and drove home. He recalls it as the moment he knew he had to come out.

“It felt like this huge burden had been lifted. But I was also terrified,” he said.

It’s now been 10 years since Schultz left conversion therapy. He has been married to his husband for seven years.

He said he is hopeful legislation will move forward.

“I just want (LGBTQ) people to know you are not alone. There is a whole community waiting for you. We know how good it is on this side.”