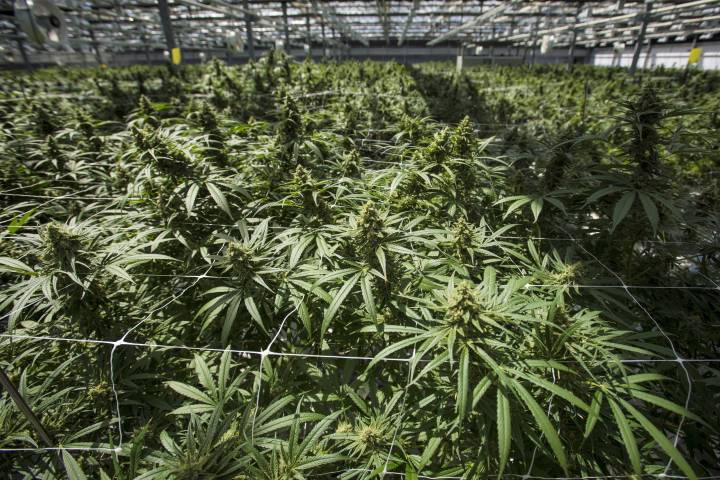 Marijuana will become legal in Canada at the stroke of midnight in its time zone farthest to the east.

From there, legal weed will cascade to each province and territory every hour — with the exception of Atlantic Canada, where marijuana will be legalized a half hour after it happens in Newfoundland.

The drug is being legalized under the Cannabis Act, which comes into effect on Oct. 17.

The act states that people who are aged 18 years or older can possess up to 30 grams of legal cannabis in its dried or “equivalent non-dried form” in public.

You can also share up to 30 grams of cannabis with other adults.

READ MORE: Cannabis IQ — here are all the legal ways to consume pot in Canada

The act also stipulates that people can buy “dried or fresh cannabis or cannabis oil” from provincially-licensed retailers; where there aren’t brick-and-mortar retailers, you can buy it online from “federally-licensed producers.”

People can likewise grow up to four cannabis plants per home from “licensed seed or seedlings.”

They can also make cannabis-infused food and drinks at home, “as long as organic solvents are not used to create concentrated products.”

The interior of a Cannabis NB retail store is shown in Fredericton, N.B., on Tuesday, October 16, 2018.

The act, however, severely restricts underage people from possessing cannabis.

You could face a maximum penalty of 14 years in jail if you give or sell cannabis to a youth, or if you use a youth to commit a “cannabis related offence.”

These are new criminal offences.

READ MORE: Legal cannabis use could still get you banned at the border, U.S. confirms

Just because marijuana will be legal, however, doesn’t mean that there will be licensed retailers available to sell it in every province and territory.

In Ontario, for example, there won’t be any physical retailers open — only an online store.

Meanwhile, in B.C., there will be only a single provincially-licensed retailer open in Kamloops; the province’s Liquor Distribution Branch (LDB) is looking to locate to other locations in that city.

However, anyone wishing to purchase marijuana in Vancouver can try an unlicensed, privately-run retailer.

B.C. Public Safety Minister Mike Farnworth has advised dispensary owners to shut down if they wish to operate legally.

However, Vancouver Police Department (VPD) spokesperson Sgt. Jason Robillard told Global News he was “not aware of any plans for the VPD to shut down any unlicensed privately-owned cannabis shops at least in the near future.”

Here are Canada’s provinces and territories where marijuana has been legalized, and where it hasn’t yet:

When cannabis becomes legally available to purchase on Oct. 17, 2018, residents can make their purchases at 12 Nova Scotia Liquor Corporation stores across the province.

Quebec, all of Ontario except for the far west — not legal

A security guard stands in front of a new Societe Quebecoise du Cannabis (SQDC) store before a media preview Tuesday, October 16, 2018 in Montreal. The legal sale of cannabis begins in Canada on Wednesday, Oct. 17, 2018.

Manitoba, Saskatchewan, western Ontario, most of Nunavut — not legal