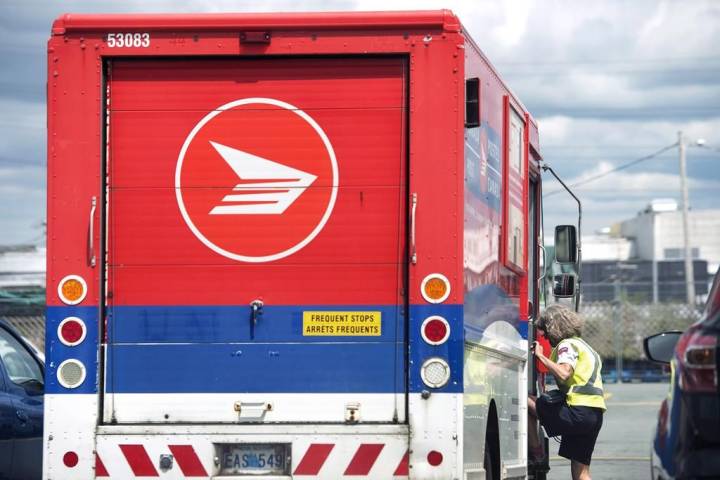 Canadian postal workers could start rotating strikes as early as next week.

At issue, says the Canadian Union of Postal Workers (CUPW), are concerns around health and safety measures, job security, and forced overtime. But at a time when letter mail continues to plummet and Canada Post has no shortage of competitors for parcel delivery — UPS, Purolator, FedEx — what will striking actually accomplish?

“I think the biggest fear, and it should be the biggest fear on both sides, is what if we have a strike and nobody notices,” says Alan Freeman, an honorary senior fellow at the University of Ottawa’s Graduate School of Public and International Affairs.

Freeman remembers the postal strikes in the 1970s and 1980s. They were nationwide affairs that saw politicians hounded over people’s inability to get crucial deliveries like unemployment insurance cheques. A lot has changed since then, he notes: faxing, the Internet, whole digital economies. Canada Post said in a statement customers could experience “minor delays” but it expects to remain open throughout the rotating strikes.

That’s a distinct possibility, says Ian Lee, an associate professor at the Carleton University Sprott School of Business, who worked briefly at Canada Post’s headquarters in the 1980s and wrote his PhD thesis on the post office.

The alternative, he thinks, is that rotating strikes will create uncertainty for businesses and drive them straight into the arms of Canada Post’s competitors. Either option, Lee says, raises issues around whether Canada actually needs Canada Post. Is it time for the government to offload the Crown corporation?

Three years ago, Lee said no to privatization in a study published by the Macdonald-Laurier Institute (MLI). Now, he’s changing course.

“I’m starting to think maybe the only solution is privatization … it will be the only way really that you can deal with a culture that doesn’t seem capable of changing.”

As Canada Post itself wrote in its most recent annual report, the Crown corporation is “at a critical point in its history.” In 2017, postal workers delivered three billion pieces of letter mail, down 41 per cent from 2006. While the company’s parcel delivery operations have surged in recent years, it doesn’t expect that alone will be enough to offset the substantial drop in letter mail delivery.


READ MORE:
Here’s why Canada Post workers are threatening to go on strike

“They’ve been predicting massive losses for years and years and they never materialize,” he says.

While the company may not expect packages to fill the gap for letter mail, Palecek is more optimistic, pointing to Canada Post’s second quarterly report this year, showing package delivery revenue is up nearly 20 per cent from the same period the year prior. Canada Post currently delivers two out of every three parcels mailed in Canada.

Between package delivery and the public outcry over the end of door-to-door delivery, he says, “it’s fairly clear that people rely on the service that we provide.”

From a financial standpoint, Lee says, the money the Crown corporation is making isn’t much when you factor in its size.

“They’re making truly pathetic rates of return for such a large company.”

“What do they want to be? Smaller, albeit successful? Or a bigger company that’s eventually going to fail because it’s not competitive?”

Think harder about that transformation, Freeman says, and you start to wonder “does the federal government really have to be involved in parcel delivery?”

He doesn’t want to be flippant. Canada Post is one of the largest employers in Canada with somewhere close to 64,000 employees.

“It’s really a question of, and it’s a really tough thing to do, how do you manage the downsizing of a big, big company?”