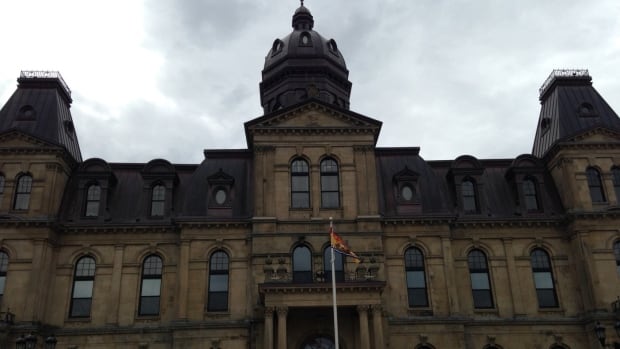 New Brunswick could be lurching toward a new minority government or a new election after all four political parties said that none of their members would be on the ballot to become Speaker of the legislature.

All eligible MLAs withdrew or said they were withdrawing their names on Thursday by signing notices with the clerk of the legislature.

All four political parties said none of their members would be on the ballot to become speaker of the legislature. 0:48

If no one changes their mind, it will mean no candidate will be on the ballot Tuesday when the new legislature sits for the first time since the Sept. 24 election.

The legislature’s rules say there can be no other business until a Speaker is chosen. That means the Liberals could not deliver a throne speech to try to win support from other parties.

So barring a surprise, the impasse would likely spell the end of Premier Brian Gallant’s minority Liberal government. 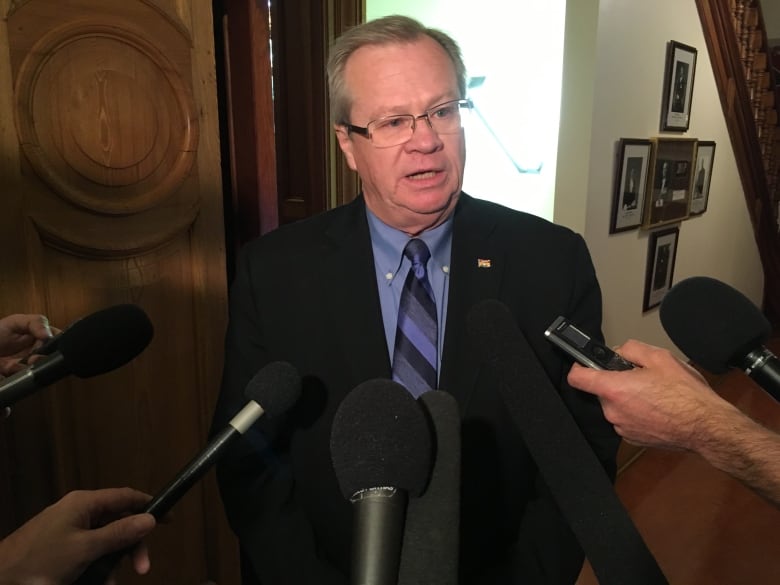 PC MLA Ted Flemming dropped off the paperwork for the 22 PC MLAs to be withdrawn from election for Speaker. (Jacques Poitras/CBC)

« Convention, and the rules, give Mr. Gallant, by virtue of the office of premier, first opportunity to function in a minority situation, » he said after dropping off the formal withdrawal notices for all 22 Tory MLAs.

« Well, if you can’t produce a speaker on day one, it is pretty clear evidence to me that you’re unable to function. So what is the logical conclusion? ‘Over to you, Mr. Higgs. Form a government. Swear in a cabinet. Call the legislature. See if you can get a Speaker.' »

Under legislature rules, all eligible MLAs — those who are not ministers or party leaders — are on the Speaker ballot by default until they withdraw.

Another option if there’s no name on the ballot would be a new election, but parliamentary experts agree with Flemming that the PCs would likely get a chance to govern first before a return to the polls.

They point to a 1908 precedent in which two parties won the same number of seats in the Newfoundland assembly. No name was put forward by the incumbent government for Speaker, so the governor swore in the Opposition as the new government. 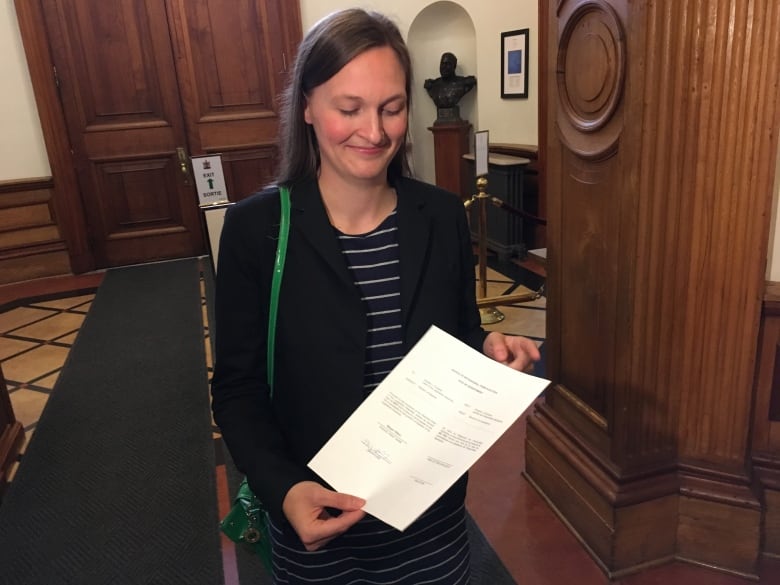 Megan Mitton and the other two Green MLAs withdrew from being made Speaker. (Jacques Poitras/CBC)

Only after it couldn’t produce a Speaker either was the assembly dissolved for an election.

Higgs said last month that Roy Vienneau told him she would ask the PCs to take power if Gallant could not win the confidence of the legislature.

The PCs won the most seats, 22, in September’s election. But Gallant’s Liberals, with 21 seats, hope to try to govern by winning the support of smaller parties for their throne speech.

Because of the close standings, neither of the two mainstream parties want to give up one MLA to sit in the Speaker’s chair.

The Liberals announced Thursday that all their MLAs eligible to become Speaker had signed formal withdrawals. The 11 members who are cabinet ministers are not eligible for the position.

The leaders of the two smaller parties, the Greens and the People’s Alliance, also said none of their MLAs would remain on the ballot.

« The new MLAs of course want to be MLAs and be active in the house representing their constituencies, » Green Leader David Coon told reporters. 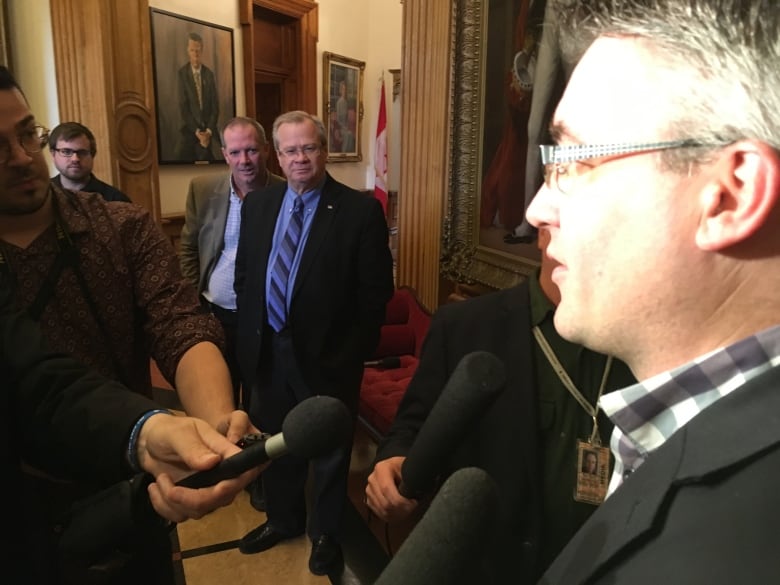 Kris Austin tells reporters that no member of the People’s Alliance will become Speaker. (Jacques Poirtras/CBC)

Alliance Leader Kris Austin echoed that. « We only have three seats in the legislature and we don’t want to diminish our voice, » he said.

Austin said speculation about what will happen if no Speaker can be chosen next Tuesday may be academic.

« I’d be kind of surprised if we get to that point, » he said. « If I was Mr. Gallant and if I did not have full assurance that I had the 25 votes for a throne speech or if I didn’t have a Speaker, I would resign. »

Gallant’s office had no comment Thursday other than the announcement that all eligible Liberal MLAs were withdrawing from the Speaker’s race.

But Liberal MLA Jean-Claude D’Amours said the other party leaders had pressured their members into withdrawing, and some of them may yet change their minds before the 5 p.m. Monday deadline.

If that doesn’t happen, « at that time we will make a decision and discuss with caucus » whether any Liberals would let their names stand.