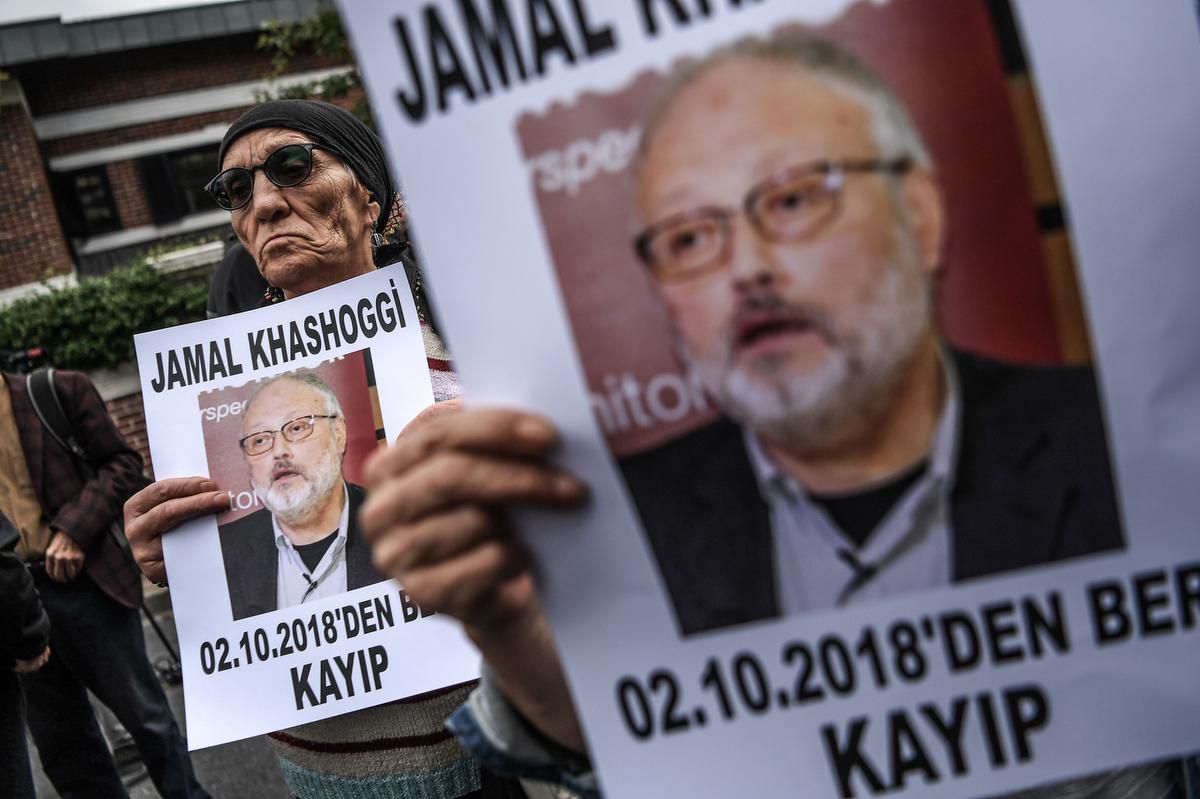 The stunned Morning Joe panel were discussing a Washington Post story about a “whisper campaign” to smear Jamal Khashoggi. You read that right. The journalist — allegedly tortured and murdered inside the Saudi Arabian consulate in Istanbul this month — is now getting killed a second time.

There are no words in the English language to describe this wickedness.

As the Post reported: “In recent days, a cadre of conservative House Republicans allied with Trump has been privately exchanging articles from right-wing outlets that fuel suspicion of Khashoggi, highlighting his association with the Muslim Brotherhood in his youth and raising conspiratorial questions about his work decades ago as an embedded reporter covering Osama bin Laden.”

Right. I can only pray the sleaze merchants now engaged in this posthumous character assassination never lose a loved one the way Khashoggi was snatched from the living. According to reports based on Turkish intelligence, Khashoggi had his fingers cut off while he was alive. He was dismembered with a bone saw and sliced into pieces by a team of Saudi mercenaries who listened to music on earpods while engaged in state-sanctioned savagery right out of the Middle Ages.

This was a snuff film set inside a dreary government venue.

Khashoggi, a gentle soul who went into self-imposed exile in Virginia after calling for reform in the Kingdom, was slaughtered like an animal as his fiancée waited on the street, her dreams crushed by totalitarian malevolence.

He entered a foreign embassy to obtain paperwork for marriage.

Minutes later, he was allegedly killed by those who believed they could silence a critic by spilling his blood with diplomatic impunity.

And that’s really where this story should start and end.

You’d think a premeditated, cold-blooded murder might transcend partisan gamesmanship. You’d think a crime so universally horrific — an attack that draws a clear line between good and evil, civilization and barbarism, humanity and depravity — might unite those in the West, regardless of ideology.

Even if we disagree on immigration, health care, international trade, the deficit and Elizabeth Warren’s DNA, surely we can agree that killing someone is repugnant. In the old days, murder transcended politics. I’m happy to spar over climate change or legalized drugs. Homicide requires no debate.

But, no. Instead of seeing this for what it is, the sleaze merchants on the right are trying to turn it into something it never was. Khashoggi was not a “terrorist sympathizer” any more than The Rock is a ballerina. Khashoggi covered bin Laden years ago as a journalist. His complicated, teenage relationship with his religion was ultimately rendered null and void by a rush of Enlightenment ideals.

To slander him after he was savagely murdered is to stray so far beyond the intersection of morality and decency, it disqualifies you as human. To rationalize his killing is to reveal you have no heart, no soul and no lateral intelligence.

He was fighting for the kind of values — press freedom, social equality, separation of church and state, the pursuit of life, liberty and happiness — that once defined America. And this is where a grim irony kicks into fifth gear.

At a rally on Thursday night, Donald Trump proved, once again, why he is the greatest threat to his presidency. As the world recoiled in horror over the killing of columnist Khashoggi, the U.S. president praised Republican congressman Greg Gianforte, who assaulted a reporter last year.

This is like extolling the virtues of atomic energy seconds after Hiroshima.

”Any guy who can do a body slam,” Trump told the whooping crowd in Montana, pantomiming the wrestling move, “He’s my guy! »

Across the planet, dictators raised an eyebrow and cracked their knuckles.

To be clear, I’m not saying Trump has Khashoggi’s blood on his hands. But at the very least, his disdain for the media may well have convinced Saudi rulers they could body slam a critic into oblivion and not pay a price.

Trump’s appalling attacks on the press have emboldened far less democratic leaders. And this age of us-versus-them has spawned a craven, morally bankrupt band of sewer rats that will blindly support their chosen leader, even if that means casting false aspersions on a murder victim.

“Forget politics,” said MSNBC’s Willie Geist on Friday’s Morning Joe. “On a purely human level, if you’re a part of this smear campaign, think about what you’re saying … You’re saying that a man who went into a consulate to get a marriage license and left in pieces in a bag after he was tortured and murdered, he’s the bad guy? That’s what you’re saying … It’s pathetic.”

It is also a pretty good case study in how far the far right has fallen.